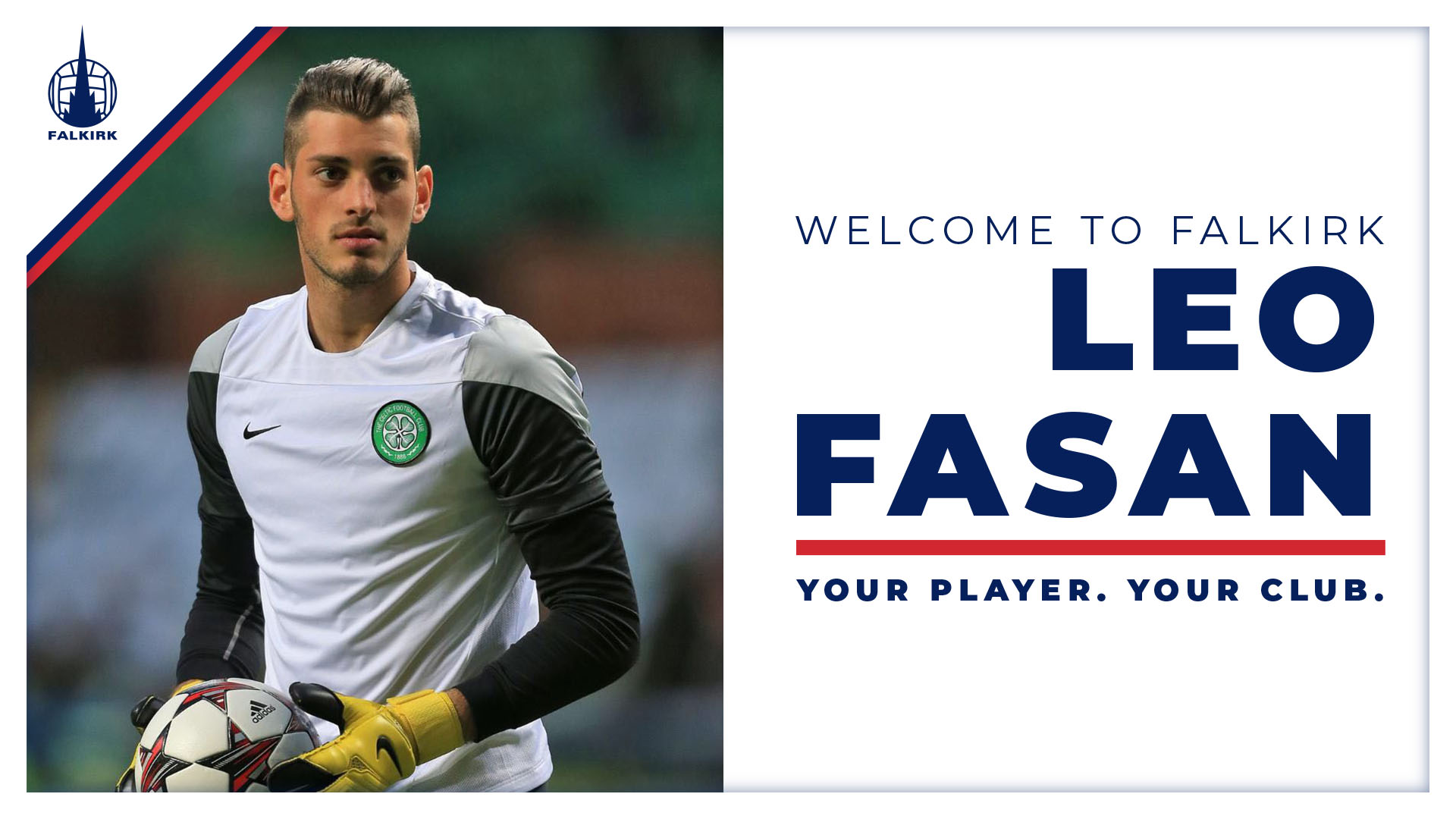 Falkirk FC is delighted to announce the signing of goalkeeper, Leo Fasan on a one year contract.

The 24-year old Italian began his career as a product of the Udinese Academy, before joining Celtic FC in 2010 and signing a three-year professional deal at Parkhead in 2014.

The stopper spent time on loan with English League One sides Port Vale and Bury where he made 31 appearances. In January 2018 he joined Kilmarnock FC on a short term deal.

Speaking exclusively to falkirkfc.co.uk, Bairns boss, Paul Hartley, said: “We are absolutely delighted to have Leo signed up for next season.

“He comes to us highly recommended and with an excellent pedigree and background including experience in League One in England and the Scottish Premiership. We feel he can greatly enhance our squad and I am sure he will continue to progress and develop with regular game time in the coming year.

“We now have three very good goalkeepers on our books, that is only a positive as we look for competition for places right across the squad.

“We are continuing to work hard on the recruitment of players and we hope to have further announcements made before the end of this week.”

If you would like to sponsor Leo’s home kit, away kit or gloves for the coming season, please call our commercial team on 01324 624121 or emailmarketing@falkirkfc.co.uk.