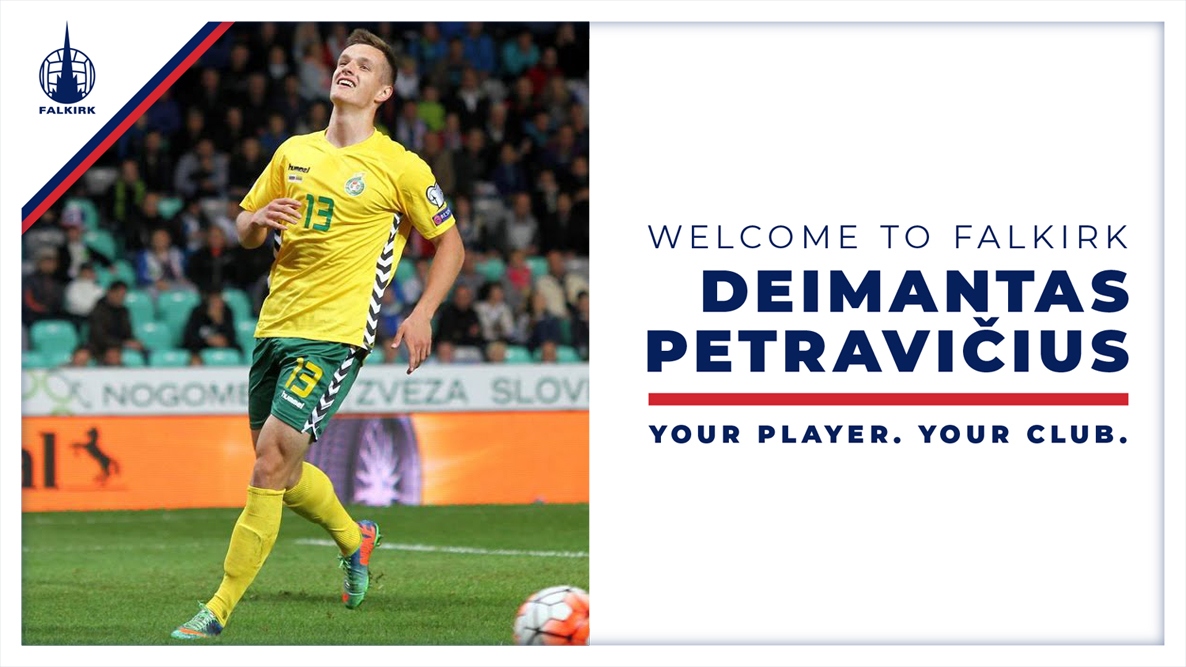 The 22-year old can play either on the wing or through the middle and already has seven full international caps to his name.

Deimantas, who has featured for Nottingham Forest and most recently Motherwell, made his full international debut at the age of 17 and has committed his immediate future to the club having signed a two-year deal at The Falkirk Stadium.

A target of Paul Hartley’s for some time, Deimantas arrives with an impressive pedigree having also played in the Polish top flight.

Speaking after landing the attacker, Paul Hartley, said: “Deimantas is a player that has been on our radar since January. He is extremely quick and is a player who I am sure will prove exciting for the Falkirk support.

“It has taken a bit of time to conclude the deal, but I am absolutely delighted that we have been able to add Deimantas to our squad.

“Our midfield to front line is starting to take shape now with Deimantas offering us terrific pace and ability in a couple of different positions.”