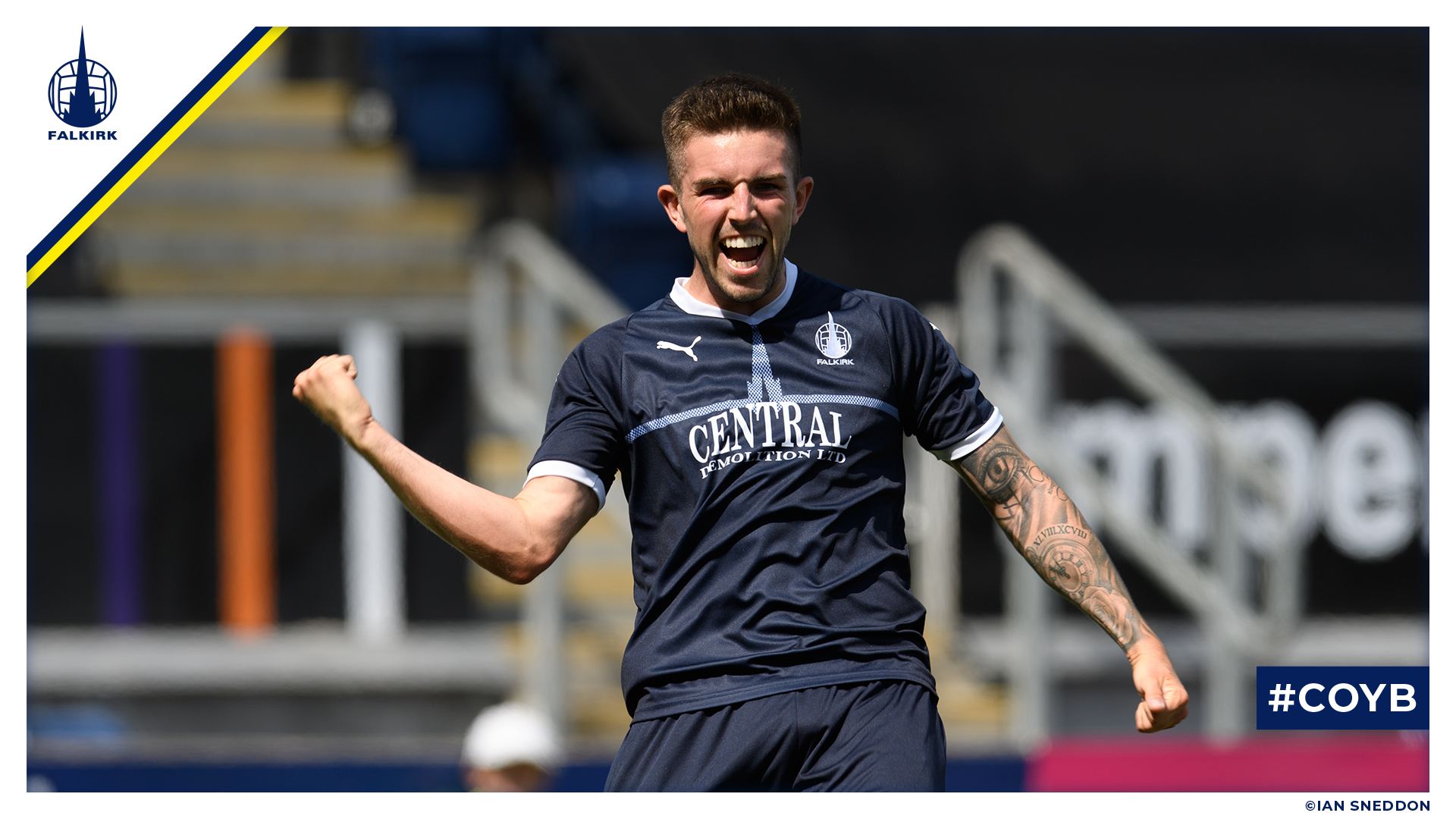 The Bairns marked their return to the Falkirk Stadium with a win as Paul Hartley’s men ran out 3-2 victors over Airdrieonians.

Deimantas Petravicius opened the scoring on seven minutes as he advanced onto a neat through pass from Tom Owen Evans before slotting into the bottom corner.

Robbie Mutch was forced into a good stop from Dale Carrick’s flicked header before Kevin O’Hara fired home Falkirk’s second of the afternoon.

Tommy Robson picked out the striker with a fine ball in behind the Airdrie defence which the striker latched onto before cutting back inside and bending an effort into the far corner.

Chris O’Neil burst forward from right back to pull a goal back for the Diamonds on 26 minutes, but it wasn’t to last long as Tom Dallison headed home a third on 33 minutes.

The centre-back rose highest inside the box to bullet home a header as he connected sweetly with a well worked corner kick involving O’Hara and Tom Owen Evans.

Young Falkirk stopper, Robbie Mutch was forced into a couple of fine saves before the interval to deny Ryan Conroy and Scott Stewart as the Bairns maintained their two goal advantage.

Both sides made plenty of changes at the interval with Fasan, Harrison, Sammut and Paton all taking to the Falkirk Stadium pitch for the first time.

The second half failed to live up to the first with the only goal coming through slackness at the back from the Bairns as the ball deflected off Diamond’s striker Leighton McIntosh to make it 3-2 with 15 minutes to play.

Next up for the Bairns is a trip to face Cove Rangers at Montrose on Monday evening.