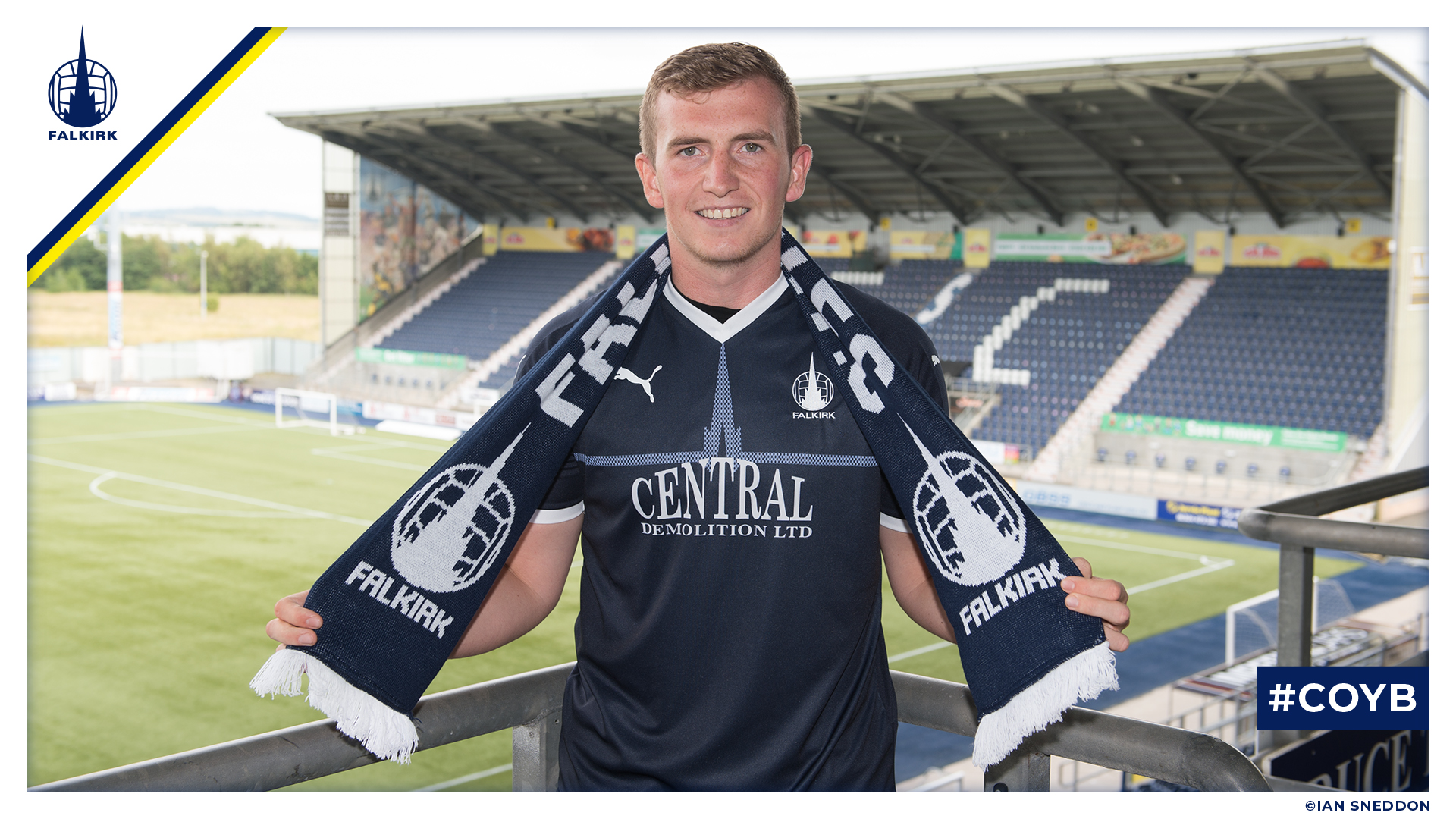 Falkirk FC is delighted to announce the signing of striker, Dylan Mackin from Livingston FC for an undisclosed fee.

The striker has penned a one-year deal at The Falkirk Stadium.

A graduate of the Motherwell Academy, Dylan made his first appearance in a 3-1 win over Dundee in December 2015.

During his time at Fir Park, Dylan enjoyed loan spells with Airdrieonians and Alloa Athletic, before signing a two-year deal with Livingston last summer.

Dylan finished the season as the Lions’ joint top scorer with eight goals, all of which were scored during the first half of the season before he joined Brechin City on loan in January of this year.

Speaking of his new recruit, Paul Hartley, said: “We are delighted to welcome Dylan to the Falkirk Stadium.

“We have moved really quickly to get the deal done and I am really pleased to add him to the group.

“He is a physical presence who will add a different dimension to our attack.

“Dylan will join the rest of the group for the first time this evening and may play some part in tonight’s friendly against Alloa.”