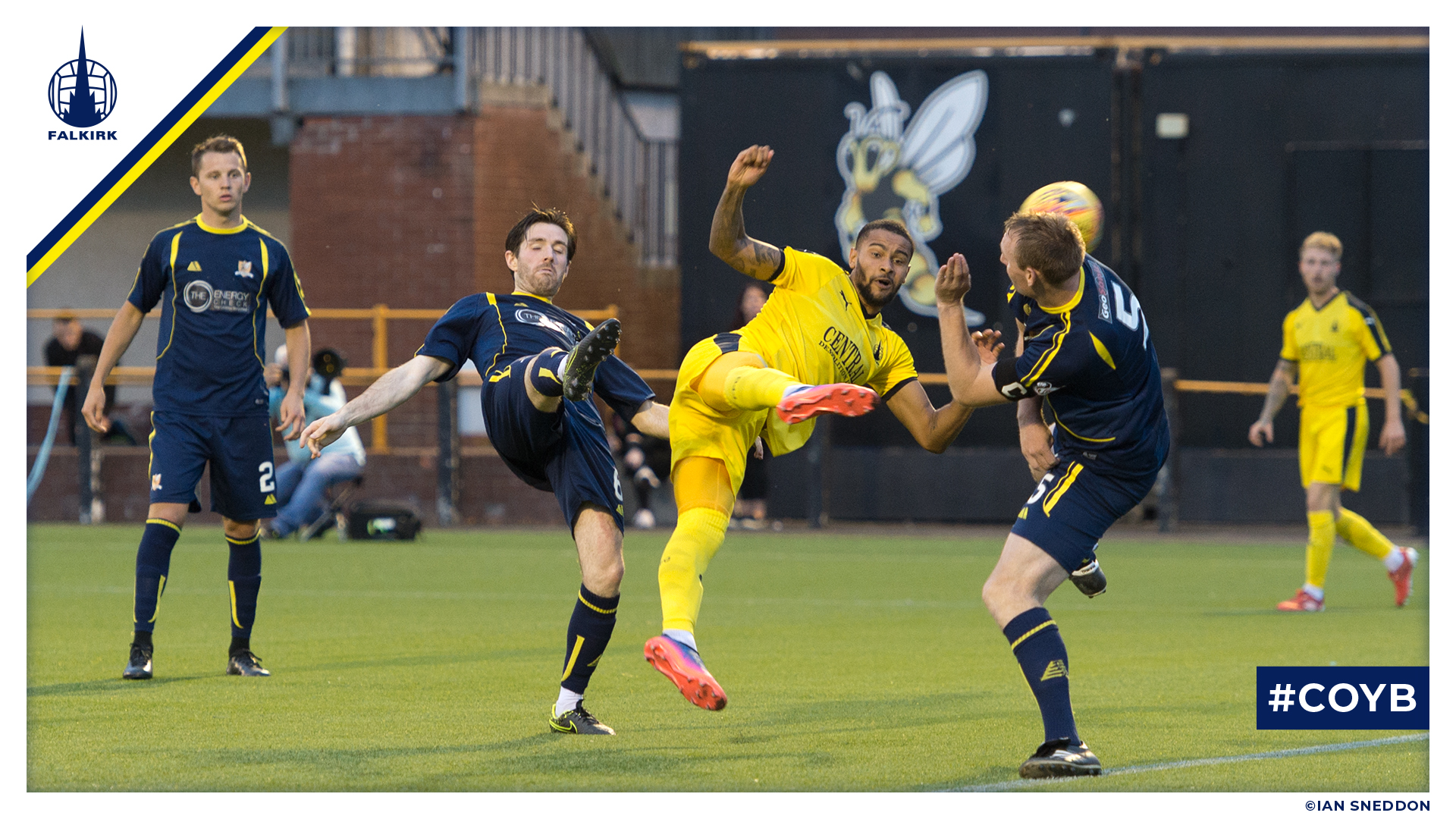 Paul Hartley’s side rounded off their pre-season fixtures with a 2-1 win over Alloa Athletic at the Indodrill Stadium.

The Bairns made a bright start to the match with Tommy Robson and Tom Owen Evans in particular providing creating spark in midfield.

Falkirk came closest to open the scoring as Robson won a corner on the left which was delivered to Tom Dallison whose bullet header was cleared off the line by the Wasps defence.

Dallison then turned provider to Robson just minutes later as he threaded the ball through for the Englishman to turn a drill a low strike just wide of the target.

The Bairns finished the half strongly as a neat passing move through the midfield sent Dennon Lewis scampering through on goal, but Neil Parry came rushing from his line to block the striker’s attempt.

Falkirk made a blistering start to the second half and took the lead just a minute after the restart. Tommy Robson advanced forward before delivering a terrific ball to the back post that was headed back across goal for Dennon Lewis to fire high into the roof of the net.

Robson was involved again just minutes later as he whipped in a dangerous free kick from the right that was headed just past by Dallison.

Falkirk made a number of changes in the early part of the second half. Mackin, Petravicius , Trialist and Turner were all introduced to the action.

Alloa did manage to force an equaliser on 71 minutes as the ball was slipped back to Andy Graham whose low drive deflected up over Robbie Mutch and into the back of the net.

It didn’t take long for the Bairns to get themselves back infront though as Dan Turner’s cross was headed back across goal perfectly by debutant, Dylan Mackin for Trialist to force home from close range.

A very worthwhile exercise for Paul Hartley’s side as they head into the start of the Betfred Cup on Saturday.