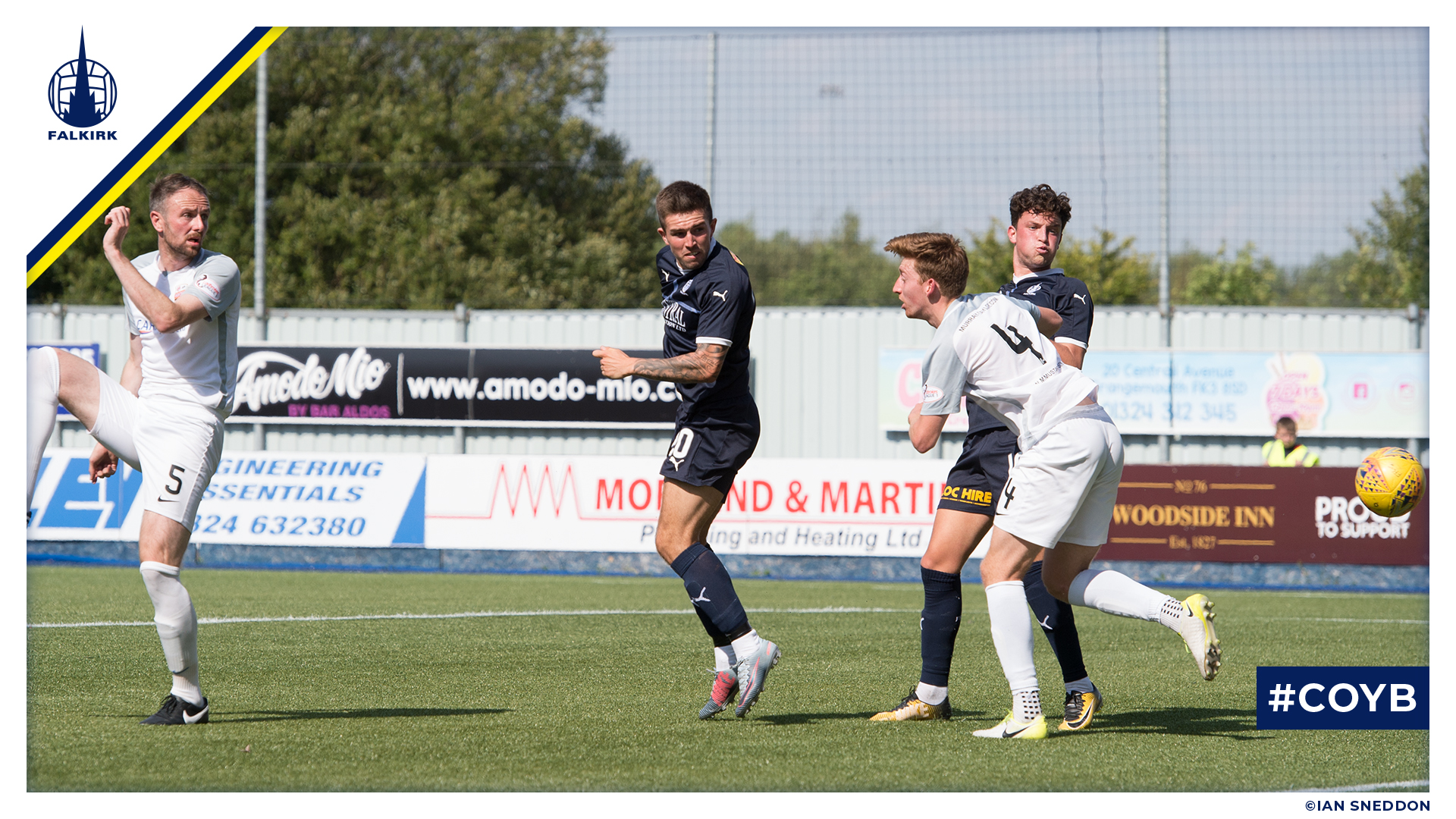 It was a disappointing start to Season 2018/19 for Paul Hartley’s squad who lost 1-0 to Montrose at The Falkirk Stadium.

The match got off to a very even start with both sides enjoying spells of possession in the opening exchange, but with minimal opportunities in front of goal.

On 17 minutes the game sparked into life as Dylan Mackin fired a strike that stinged the palms of Montrose goalkeeper, Fleming. Dennon Lewis followed up with a superb curling effort from 25 yards which crashed back off the top of the bar.

The Bairns continued on the front foot as Tom Owen Evans got to the by-line and hammered a dangerous ball across the face of goal that was well saved by Fleming.

Then came the opener on 19 minutes as Montrose stormed into the lead. The Falkirk defence were caught out as Martin Rennie got in behind to take control and fire a terrific low drive past Leo Fasan.

Deimantas Petravicius looked to pull the Bairns level, but his low drive was saved by the feet of Fleming. New signing, Dylan Mackin had the ball in the back of the net with minutes of the first half to go, but after doing really well to guide a well placed header into the far corner, his goal was ruled out for offside.

The Bairns suffered similar misfortune just eight minutes from the restart as Petravicius sent a low header from a corner into the back of the net, but he was incorrectly called offside.

The winger was involved just minutes later as he was slipped through by the advancing Jordan McGhee. He fired a low ball across the face of goal which Dennon Lewis could only direct into the side netting.

Leo Fasan did well to deny Montrose a second on 74 minutes with a smart stop to his right. The Bairns maintained the pressure though as substitute Dan Turner got in behind before delivering to O’Hara whose effort from close range was held.

O’Hara had another good opportunity to level the score just two minutes later as he went through on goal, but from a tight angle opted to try his luck instead of cutting back for a whole host of Navy Blue shirts inside the box.

The Bairns kept trying to force at least an equaliser, but Montrose managed the game out and secured an impressive win at The Falkirk Stadium.