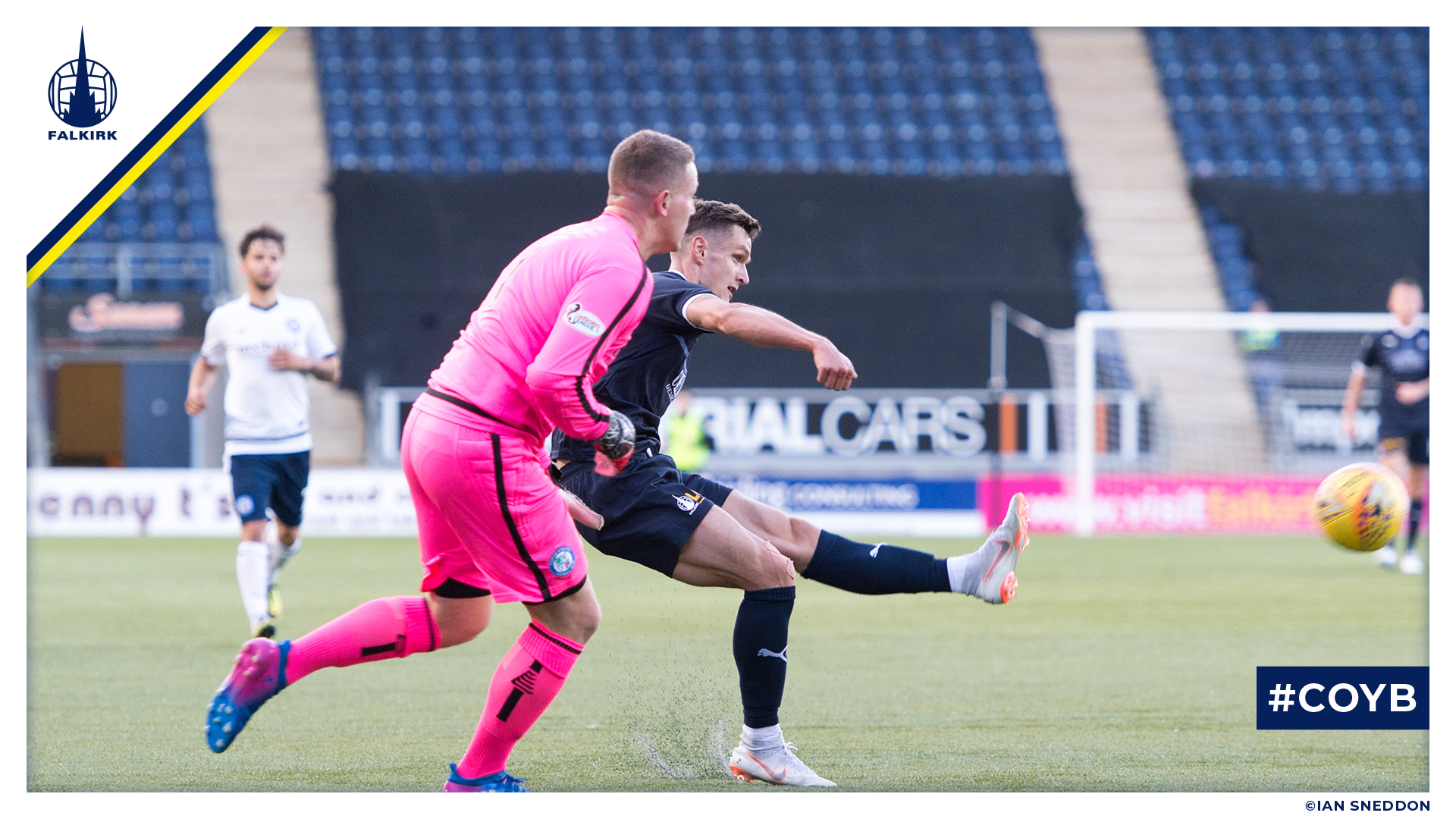 Falkirk secured their first victory of the 2018-19 season with a 2-0 victory over League One side Forfar Athletic at The Falkirk Stadium.

Second half goals from Dennon Lewis and Deimantas Petravicius gave the Bairns the three points, which send them to second in the group.

Eight minutes into the game and Montrose had a chance to take the lead from the penalty spot.

Jamie Bain took the penalty, which Mutch saved low to his right, before getting to his feet and denying the midfielder brilliantly from point blank range.

The visitors had a few more chances before the half-time whistle, and hit the post twice.

Kelly also scuffed wide from close-range after Bain got in behind Falkirk’s defence.

Into the second half and the Bairns were much improved – with Tom Owen-Evans and Dennon Lewis coming on at the break.

It was those two that linked up to give Falkirk the lead on 54 minutes. Owen-Evans found Lewis, with the striker touching the ball with his head before smashing home from 20 yards.

That seemed to knock the stuffing out of a plucky Forfar side.

Dennon Lewis had another chance before the game was out, firing over after neat link up between McGhee and Paton down the right.

But it was Lithuanian winger Deimantas Petravicius that wrapped up the victory on 83 minutes.

Forfar goalkeeper Marc McCallum rushed from his goal getting nowhere near the ball, and Petravicius lobbed the ball over him and into the net for 2-0.

Montrose defeated East Fife 1-0 in the group’s other match, meaning they top the group after two matchdays.