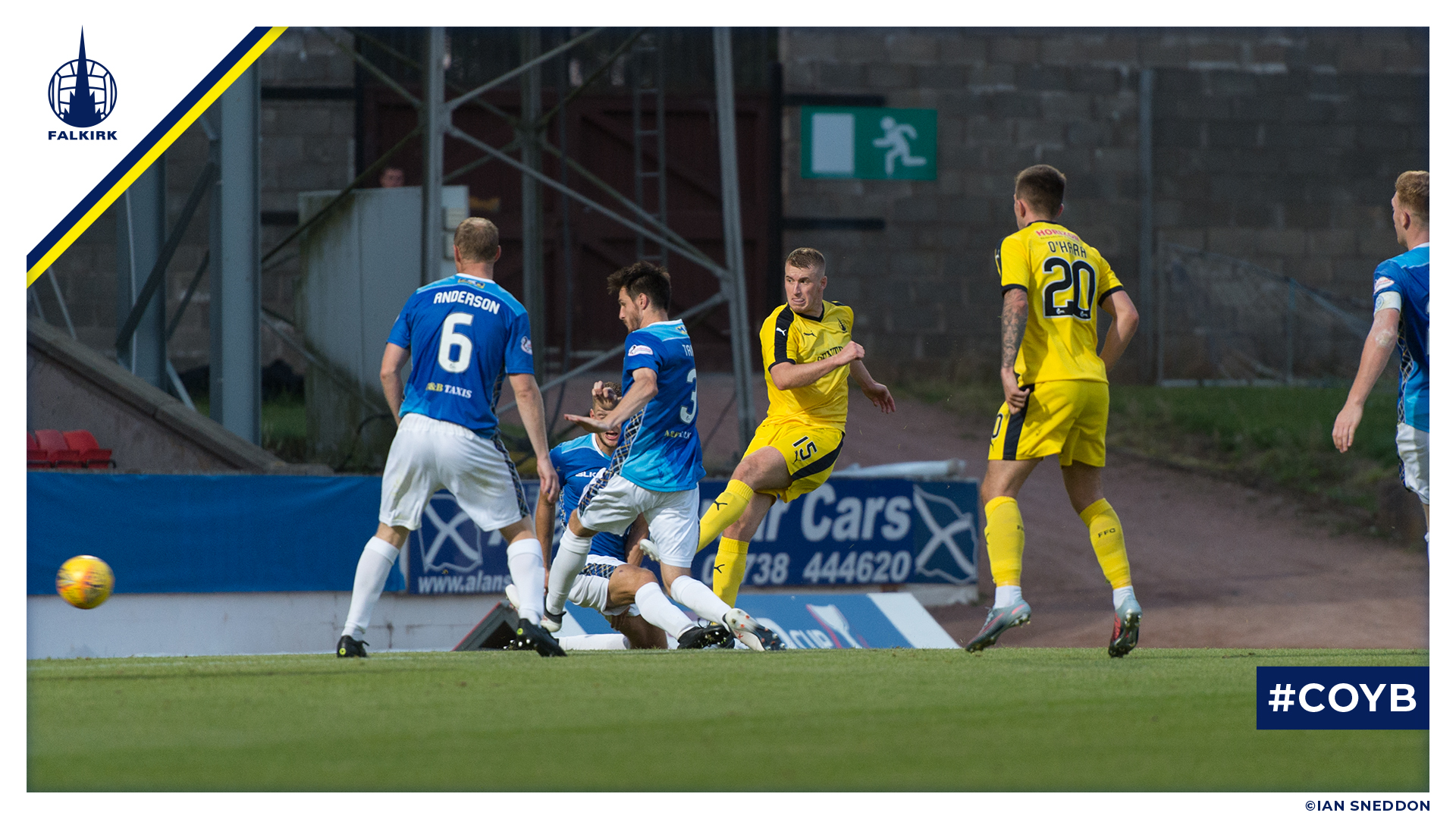 Stefan Scougall’s 31st minute strike proved the difference as St Johnstone ran our 1-0 winners over the Bairns in Perth.

Both sides began the match in lively fashion with quick counter attacks proving the most likely source of an opening goal. The final ball proved to be lacking though as the two sides found themselves in dangerous positions but unable to pick out that key pass.

Falkirk looked particularly dangerous down the left as Robson, Lewis and Owen Evans combined well to cause the hosts some problems.

It was the Saints who took the lead though on 31 minutes as Stefan Scougall was slipped in behind the Falkirk defence. The former Sheffield United man settled himself before bending a low strike into the far corner.

The possession stats proved to be very even at the break, but the Bairns were unable to work Zander Clark in the St Johnstone goal as the hosts went into the interval with a one goal lead.

The second half started similarly to the first as both sides enjoyed energetic spells of possession, but were unable to create too many clear cut chances.

Dennon Lewis had an opportunity as the Bairns broke quickly on the left, but the striker’s optimistic drive from distance flew over the bar. Tommy Robson then intercepted on a loose pass at the back from Saints, he advanced forward before firing a low drive that went wide of the target.

Deimantas Petravicius tested Zander Clark on 65 minutes as he advanced forward before hitting an effort from distance that was held by the St Johnstone goalkeeper.

The game then quietened somewhat following a series of substitutions as the hosts looked to slow the game down. The Bairns had one final opportunity in additional time as a dangerous cross fell to Scott Harrison who span before hitting a low effort through a ruck of bodies that was stopped on the line.

A draw may well have been a fair result in these even match-up, but nevertheless Paul Hartley will be pleased with further signs of improvement from his side.