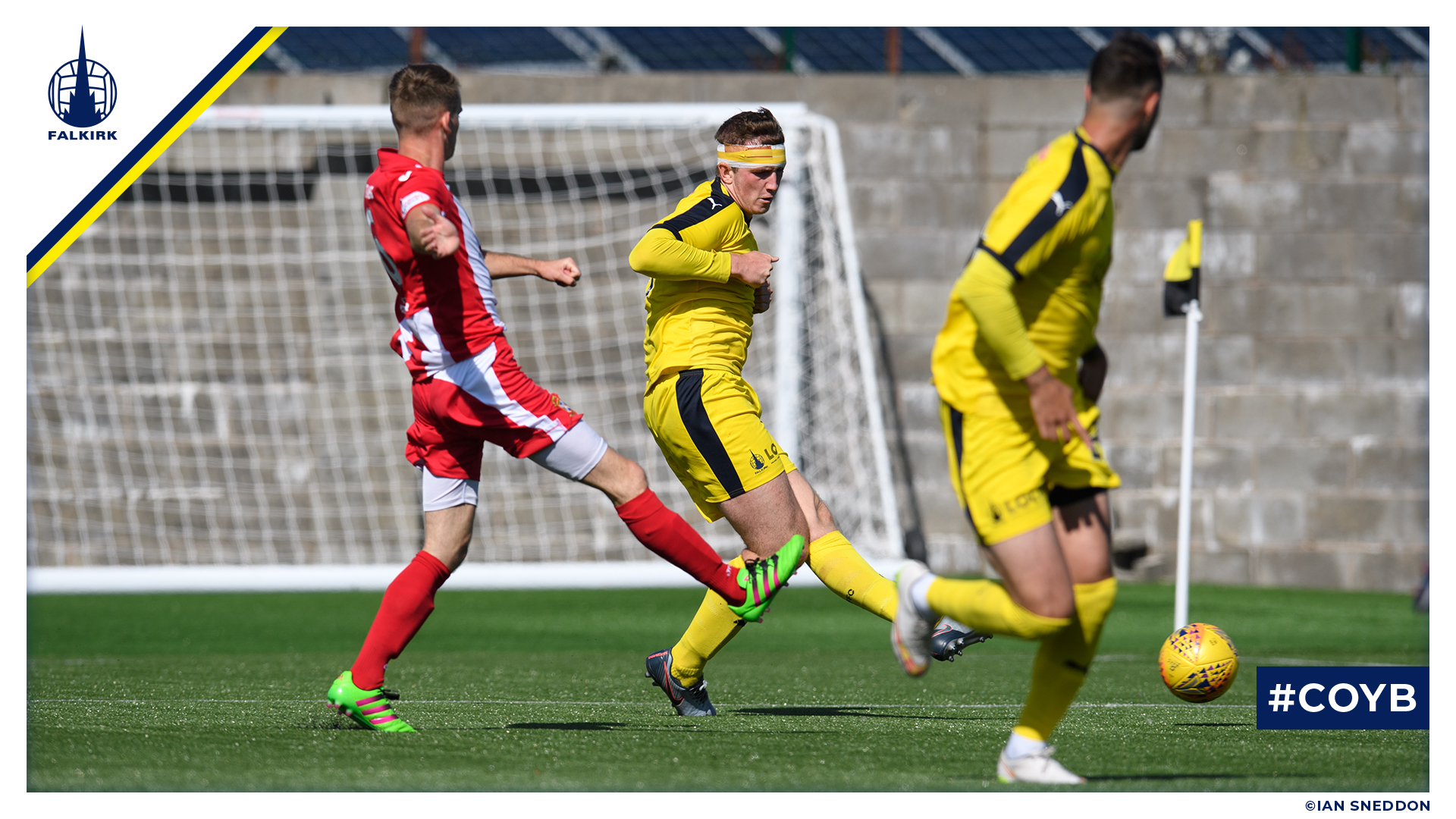 The Bairns rounded off the Betfred Cup Group Stage with a 2-1 win over East Fife at New Bayview.

Mackin set the tone for his afternoon with a bright start which saw the striker turn and hit an effort from distance that was held, before rising highest to get his head on a Patrick Brough cross that went just wide of the target.

Jordan McGhee then made a great last ditch tackle to deny Smith as the hosts increasingly grew into this competitive game.

With 24 minutes played East Fife took the lead. Striker Anton Dowds took advantage of slackness at the back to advance forward and fire a terrific strike from 22 yards into the top corner.

Deimantas Petravicius has a couple of close efforts as half time approached. The winger drilled a low strike that we wthat well stopped by goalkeeper, Brett Young, before firing just over the edge of the box.

Leo Fasan had to look sharp to tip a fizzing Davidson strike for a corner as the hosts looked to double their advantage before the interval.

The Bairns were level just minutes after the restart though as Dylan Mackin rose highest to head home from a corner.

It was a well deserved goal for the striker who had looked dangerous throughout.

Paul Hartley made a triple substitution on 60 minutes as Rees Greenwood and Marcus Haber made their debut with Tom Owen Evans also entering the field of play. Lewis Kidd, Dennon Lewis and Dan Turner were replaced.

It took just minutes for Marcus Haber to have an impact as he intercepted on a loose pass at the back before unselfishly laying the ball back to Dylan Mackin who slotted the ball home from a tight angle.

Ruben Sammut was next to threaten with a drilled strike from 20 yards that was held, before Marcus Haber hit a low ball across goal and Deimantas Petravicius delivered a terrific cross from a Greenwood pass, but Owen Evans couldn’t connect cleanly six yards from goal.

The Bairns managed the game well throughout the second half and held on for victory to set themselves up nicely for next week’s league opener against Inverness CT at the Falkirk Stadium.