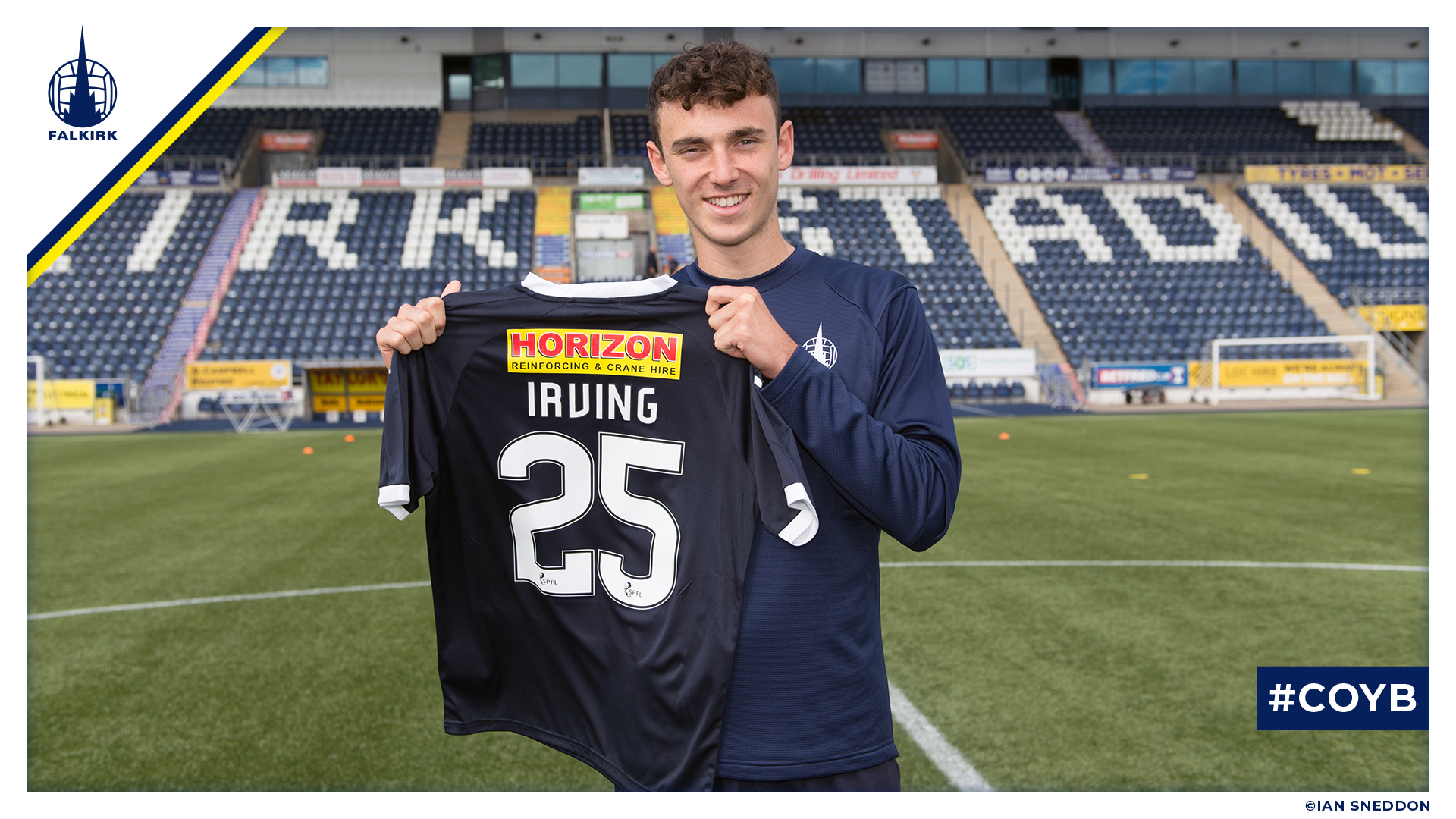 Falkirk FC is delighted to announce the signing of Andrew Irving on loan from Heart of Midlothian FC.

The midfielder joins on a six month loan deal from the Tynecastle club.

Speaking of his 15th summer signing, Paul Hartley, said: “I am really pleased to have Andrew with us for the first six months of the season.

“He is an extremely bright prospect who has already impressed in the matches he has played for Hearts. He is natural on the ball and is someone who I think can create from midfield.

“I know he is very highly thought of by Craig Levein and I think the opportunity for him to come to us at this stage of his career and play first team football will benefit him massively.

“We will see how these next few months go, I know Craig will be taking a keen interest in how Andrew is progressing and we can review things in January.”