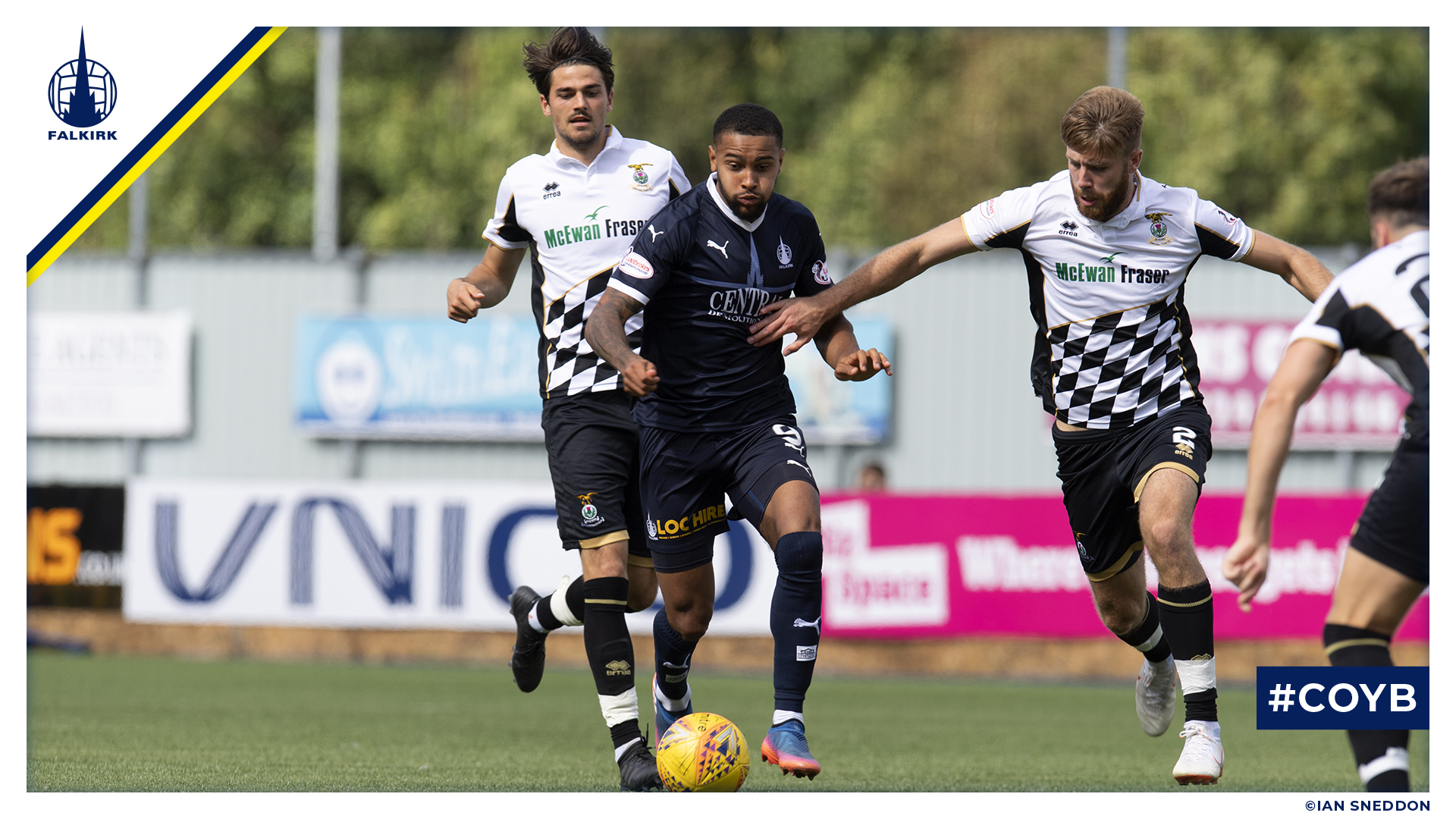 It was a disappointing start for Paul Hartley’s new look Falkirk side in their opening SPFL Championship game against Inverness.

That ideal start was shattered when Inverness scored in the 11th minute. Tom Walsh picked the ball up and scuffed a shot into George Oakley, who neatly finished past Fasan.

The rest of the half was a source of frustration for both sets of supporters, with both teams having decent spells of possession but neither capitalising.

Inverness looked the more dangerous side going into the break, with Falkirk’s only real chance coming through great holding play from Marcus Haber, but Jordan McGhee couldn’t find anyone with the cross.

Liam Polworth could have doubled the away side’s lead, but his shot from just outside the box ballooned over the bar,

Dennon Lewis found enough space to beat his man and whip in a cross just before the break but it was acrobatically cleared by Brad Mckay.

Falkirk started second half brightly and immediately won a dangerous throw in but couldn’t convert any of the resulting chances that occurred as the ball bobbled around the Inverness box.

Owen Evans headed wide from a Petravicius cross before a slip from Dallison allowed Austin to jump onto Harrison header’s and go clear in on goal, forcing Fasan off his line to make a fantastic save.

The Bairns thought they had drawn level in the 57th minute when Irvine’s floated freekick was headed home by Scott Harrison before the referee pulled it back for an apparent foul on an Inverness defender.

Falkirk continued to pile on pressure, keeping the Highland team pinned back in their half, but were unable to get past the resolute defence despite a series of corners late in the half, one of which had to be headed off the Inverness line.

Rooney headed just wide from a corner during a rare second half foray up the park from the away side.

As the game drifted to a close both teams had good chances with a Haber header going just round the post being followed by a Polworth shot that was blasted wide of the post.

The final whistle blew on a frustrating first game for Bairn’s fans and players, but one that left lots to build upon for next week’s game against Partick Thistle at Firhill.