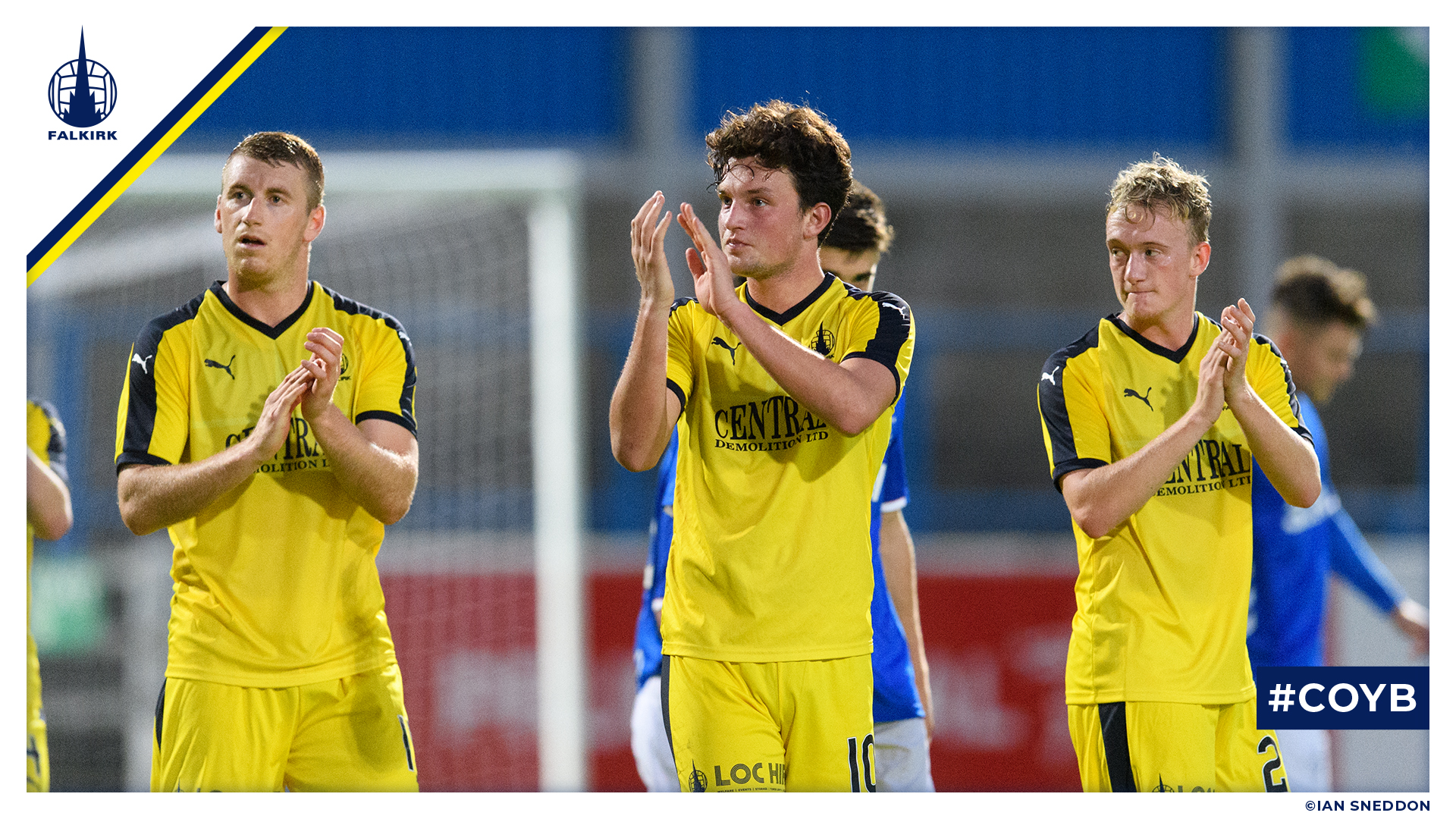 The Bairns progressed to the 2nd Round of the Irn Bru Cup thanks to a 2-1 victory over Rangers FC Colts at Forthbank.

Paul Hartley made three changes to his starting XI for this fixture as he adopted a 3-5-2 formation. Tommy Robson resumed his place at left wing back, whilst Tom Owen Evans played just in behind a front two of Dennon Lewis and Dimitris Froxylias.

Falkirk got off to the perfect start on four minutes as Jordan McGhee delivered a terrific cross to Dennon Lewis who forced the ball over Robby McCrorie to make it 1-0.

McGhee went close himself just minutes later as he powered a low drive which flew just wide of the target. The full back was enjoying great success on the right as he knocked the ball past his man and delivered a cross towards Dennon Lewis that was sent for a corner.

There was a warning sign for the Bairns on 15 minutes as Zak Rudden advanced through on goal, only to be denied by a superb stop from Robbie Mutch.

Tom Owen Evans was next to threaten as he latched onto a weighted pass in behind the Rangers defence before cutting back for Jordan McGhee who twisted inside and out before hitting an effort that was blocked and sent for a corner.

Andrew Irving stepped up to deliver the set piece with Scott Harrison rising highest in the box to head into the back of the net and double Falkirk’s advantage.

Tommy Robson then produced a good block as he threw himself in front of Cameron Palmer’s effort from the edge of the box.

Worryingly for the Bairns, Dennon Lewis signaled to come off on 38 minutes and had to be replaced by Rees Greenwood. A similar fate occurred for Tom Dallison and Jordan McGhee later in the match who both had to be replaced due to injury.

The focus then switched to the left side as Tommy Robson advanced past his man and delivered a terrific low ball which Tom Owen Evans was inches away from firing into the back of the net.

The Bairns had a comfortable lead at the break and it was almost extended just five minutes into the second half as Andrew Irving tried his luck with an effort from the edge of the box that was held by McCrorie.

As the second half progressed the game slowed somewhat. Froxylias went close with an effort that curled just wide of the target, before Robbie Mutch did well to tip Glenn Middleton’s free kick over the bar from 20 yards out.

Zak Rudden tried his luck with a 25 yard hit that flew just over the bar, but the striker did manage to pull one back with a minute to play as he knocked home a low cross from the right.