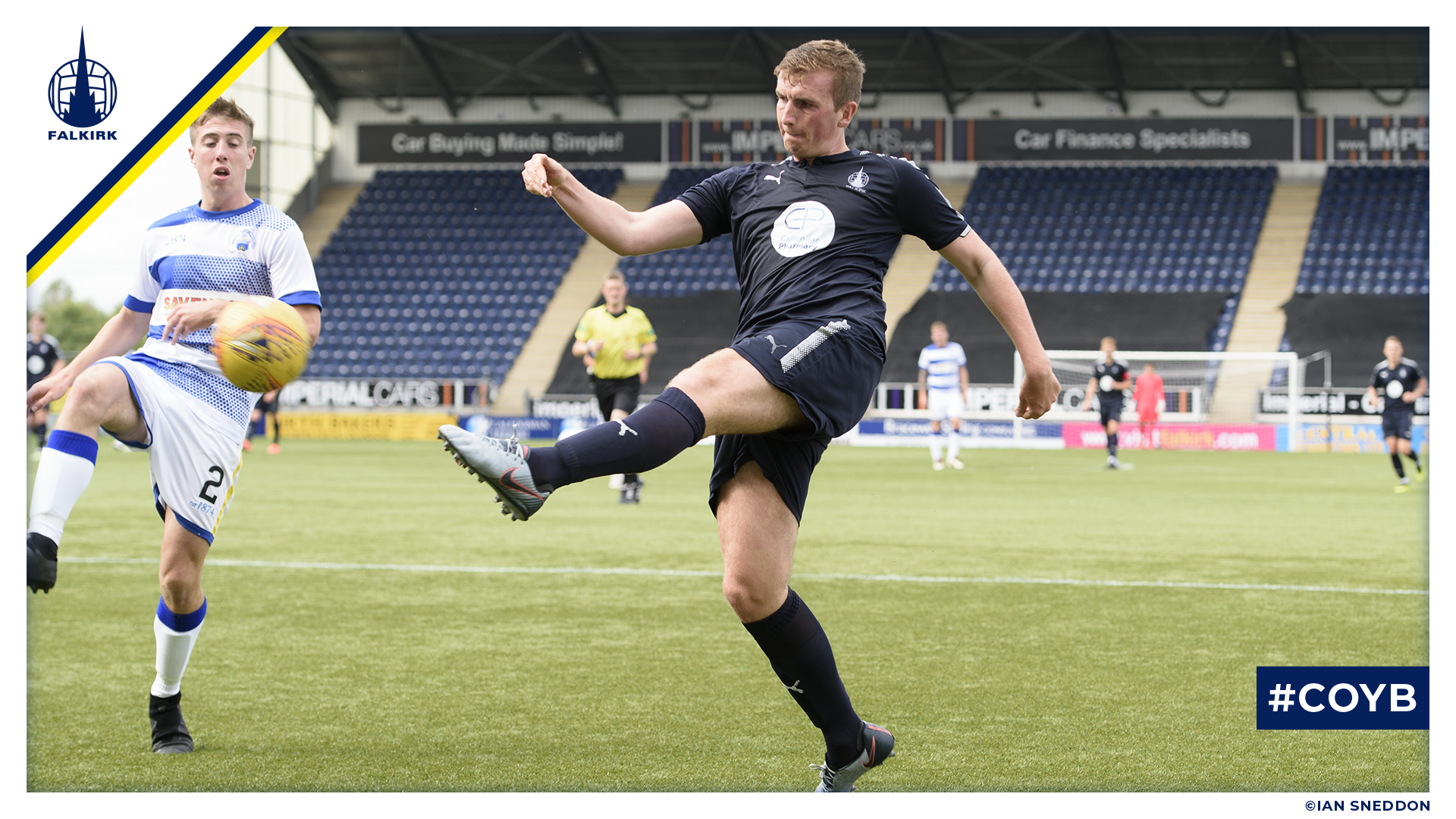 Falkirk were defeated by Morton in the first match of the 2018/19 SPFL Reserve League in a match where both teams fielded strong sides.

Both sides named several first team players for the opening day clash, but it was the visitors who came out victorious.

It took only nine minutes for the first goal to come, a blocked Greenwood shot led to a quick counter attack that put Johnstone through on goal and he made no mistake as he slotted home neatly past Young.

It was almost a swift reply for the Bairns as Greenwood and trialist combined well in the box but just couldn’t get a shot on target before an Alex Harris effort from just outside the box was saved by Gaston who managed to collect the rebound.

The Greenock side doubled their lead in the 27th minute. It was Johnstone again, allowed a free header from a cross that he nodded home.

Falkirk dominated the closing stages of the half, with Greenwood looking dangerous as he drilled a shot just wide of the post, but it took a heroic effort from Young to keep the gap at two goals as he first made an exceptional save to deny Johnstone his hattrick before diving across to palm away the rebound.

The Bairns came out for the second half as they finished the first, controlling the tempo of the game but struggling to find their way through a resolute Morton defence that had no problem putting their bodies on the line to defend the goal.

Dunne missed a great chance to slide trialist in on goal after a great bursting run from deep, before trialist dribbled through past several players but couldn’t quite get the final touch and Mckee had a shot blocked after a nice passing move as Falkirk continued to dominate.

The game began to lose its flow into the last 20 minutes as both teams began to tire, with both keepers being forced into action. Samson’s spectacular fingertip save to deny what would have been a superb solo goal from Alex Harris and Young’s close range save against Watt following a corner were the pick of the bunch as the game drew to a close.

As Falkirk tried to commit more bodies forward the were caught once again on the break. Morton surged forward with pace and Rodgers won a penalty after which Purdue converted.

This seemed to take the fight out the home side and Morton held out the final five minutes to keep their clean sheet.