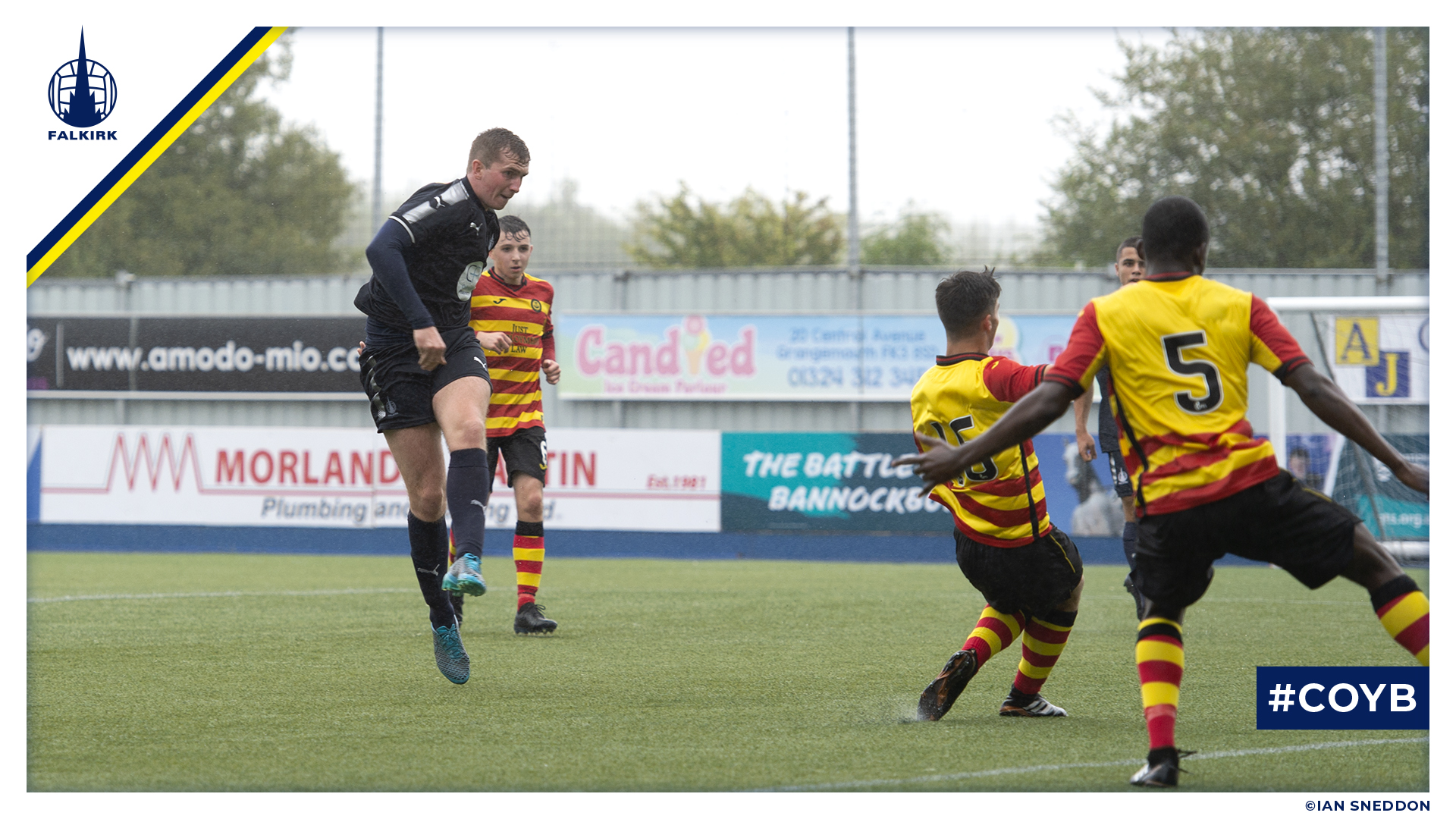 A strong Falkirk side put ten man Partick Thistle to the sword as a Dylan Mackin hat trick helped the Bairns to a comfortable 3-0 victory at The Falkirk Stadium.

Assistant Manager, Darren Taylor was in the dugout alongside Reserve Coach, Graeme McArthur for this one with Ray McKinnon watching on from the stand.

A competitive first half saw both sides go close, but the breakthrough couldn’t be found be found as the two teams went in level at the break. Thistle were a man short though as Shea Gordon was sent off for foul and abusive language towards referee, Alastair Grieve.

The Bairns took the lead just short of the hour mark as substitute Cieran Dunne advanced down the left before delivering a cross that was headed home by Dylan Mackin.

The striker hit another just six minutes later as again Dunne found space on the left before firing a low ball into the box that was deflected back into the path of Mackin who fired home.

The Bairns continued to dominate and a third was eventually found on 89 minutes as Tommy Robson burst down the left and picked out Dylan Mackin with a well placed pass, the striker made no mistake as he slotted home his and Falkirk’s third of the match.