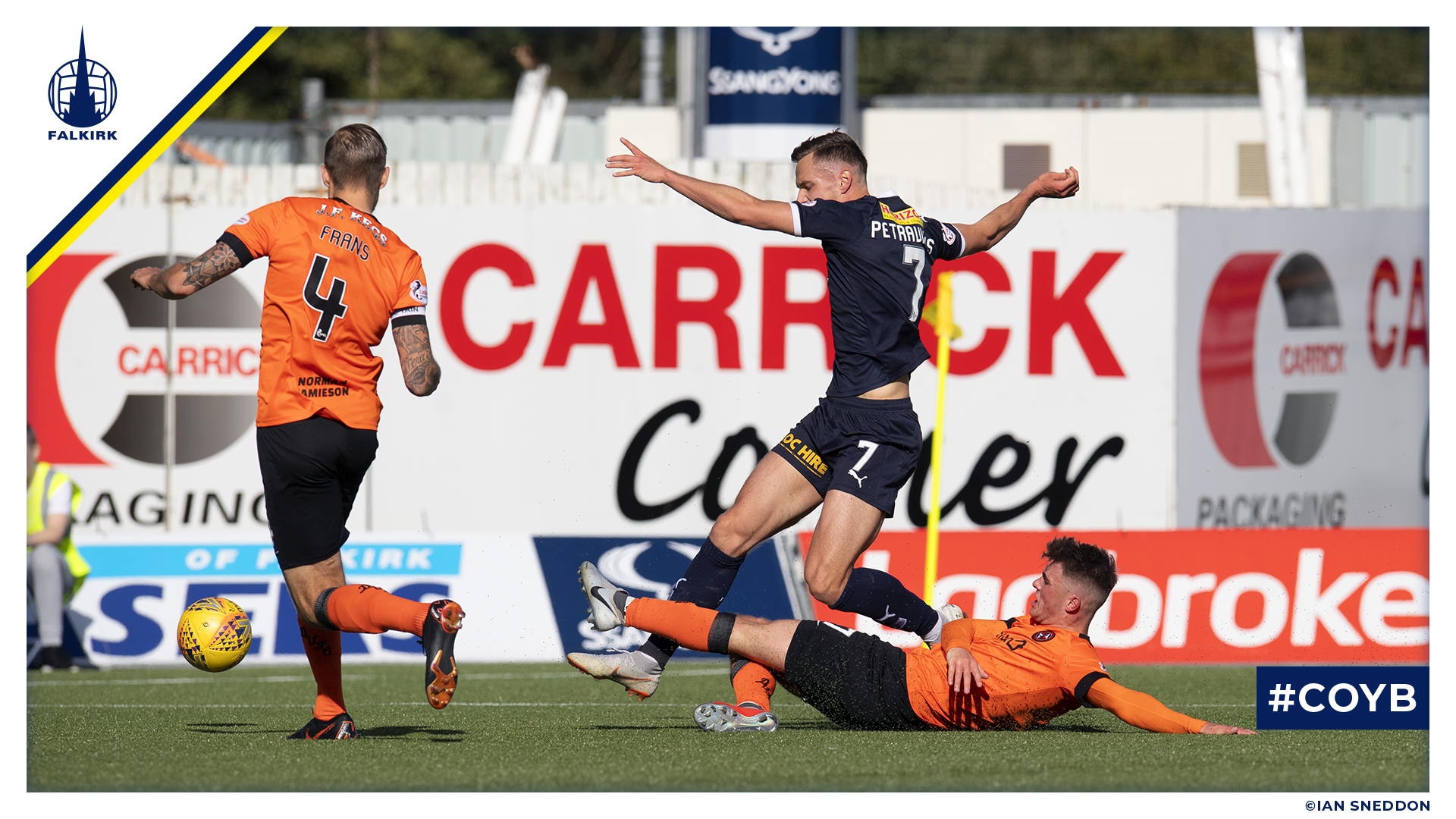 It was a third defeat for Ray Mckinnon in his first home league game in charge of the club.

It was a game in which United always looked the more dangerous side, although Falkirk held their own through large portions of the match.

The first half started scrappily, with only a few chances for either side. Petravicius couldn’t keep his header down after a long throw from Muirhead bobbled through and Dallison headed just over in the best for the Bairns, whereas the visitors had a shot deflect just wide of the post and a certain goal cleared from the line by Dallison.

United took the lead in the 59th minute after what had been a decent start to the second half by the Bairns. Aird whipped in a cross from deep and Safranko headed in over Fasan.

The game exploded into life in the 64th minute. Loemba thought he had scored when he turned Muirhead inside and out before firing past Fasan, until Harrison heroically headed off the line to prevent the goal. The Bairns then broke quickly and had a golden opportunity of their own, but Petravicius placed his shot well wide of the post from Rudden’s cut back.

Falkirk made a few more chances with a thumping effort from Joe McKee closest, but it was all in vain as Craig Curran nodded home seven minutes from time to send his side home with all three points.