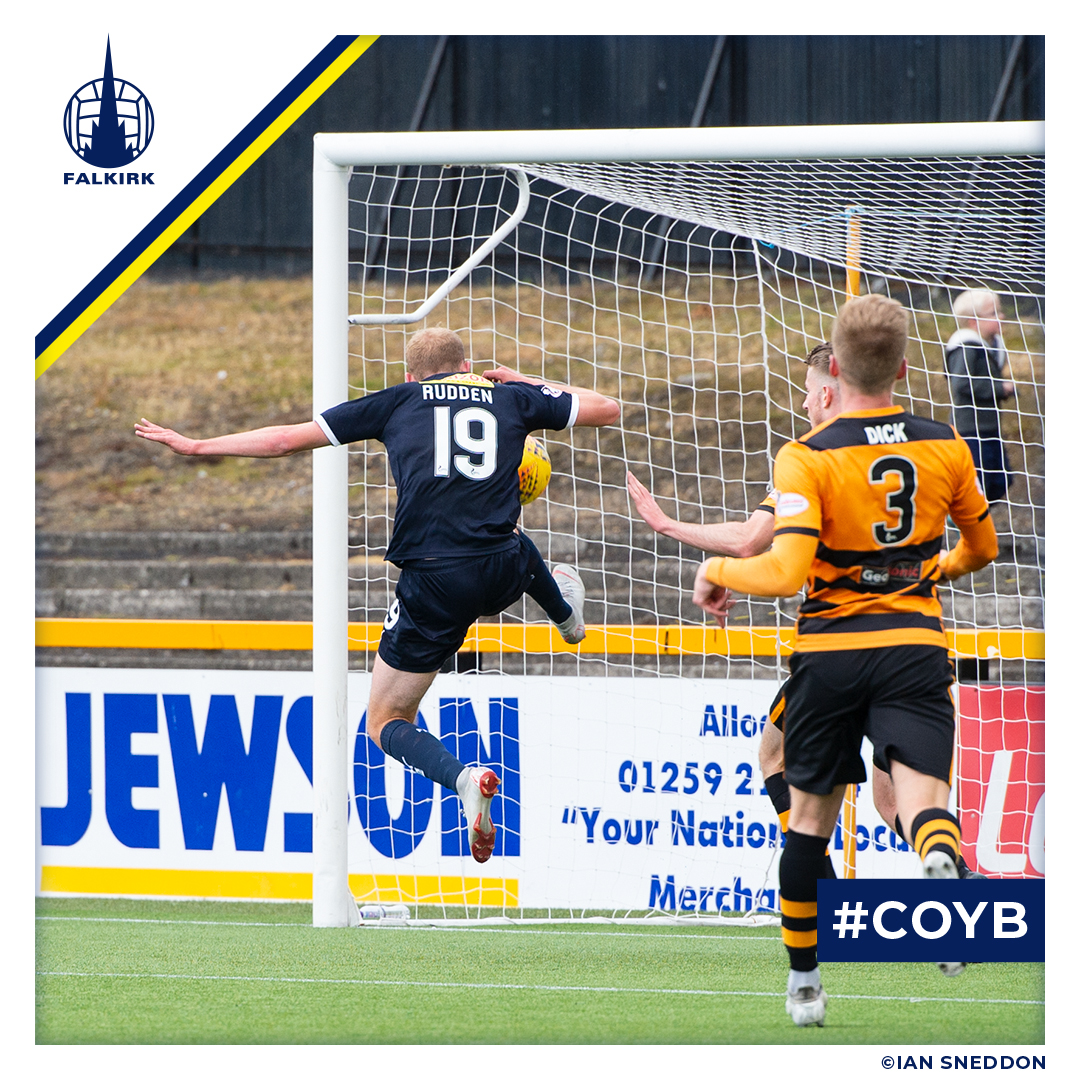 Falkirk won their first match of the Championship campaign, and picked up their first victory of Ray McKinnon’s reign, with a 2-0 win over Alloa at the Indodrill Stadium.

The hosts had their first opportunity on 20 minutes as Kevin Cawley dipped a 25 yard effort wide of Leo Fasan’s post.

But it was the Bairns who took the lead just five minutes later. Dennon Lewis did well down the left, found Patrick Brough and his first-time ball in was flicked into the corner by the head of Zak Rudden.

It was almost two within seconds of the restart. A defensive mix-up allowed Rudden a chance, but his lob was cleared off the line by Sam Roscoe.

Alloa had a couple of chances as the first half drew to a close, but Leo Fasan was equal to everything that the Wasps threw at him.

Into the second half, and Falkirk looked comfortable.

Zak Rudden had a shot on the turn saved just before the hour, and doubled his tally and his side’s advantage as he made it 2-0 on 69 minutes.

Deimantas Petravicius lobbed the ball over Alloa goalkeeper Neil Parry and Rudden beat the defender to the ball and knocked it in from on the goal-line.

The Bairns nearly added a third when Andy Irving fired over the crossbar with ten minutes to go after a well-worked corner.

McKinnon’s side seen the late stages out, with Alloa only producing one or two half chances.

Fasan parried an effort from Adam Brown, before Iain Flannigan dragged an effort wide just into stoppage time, but the Bairns held on to pick up a much welcome three points.