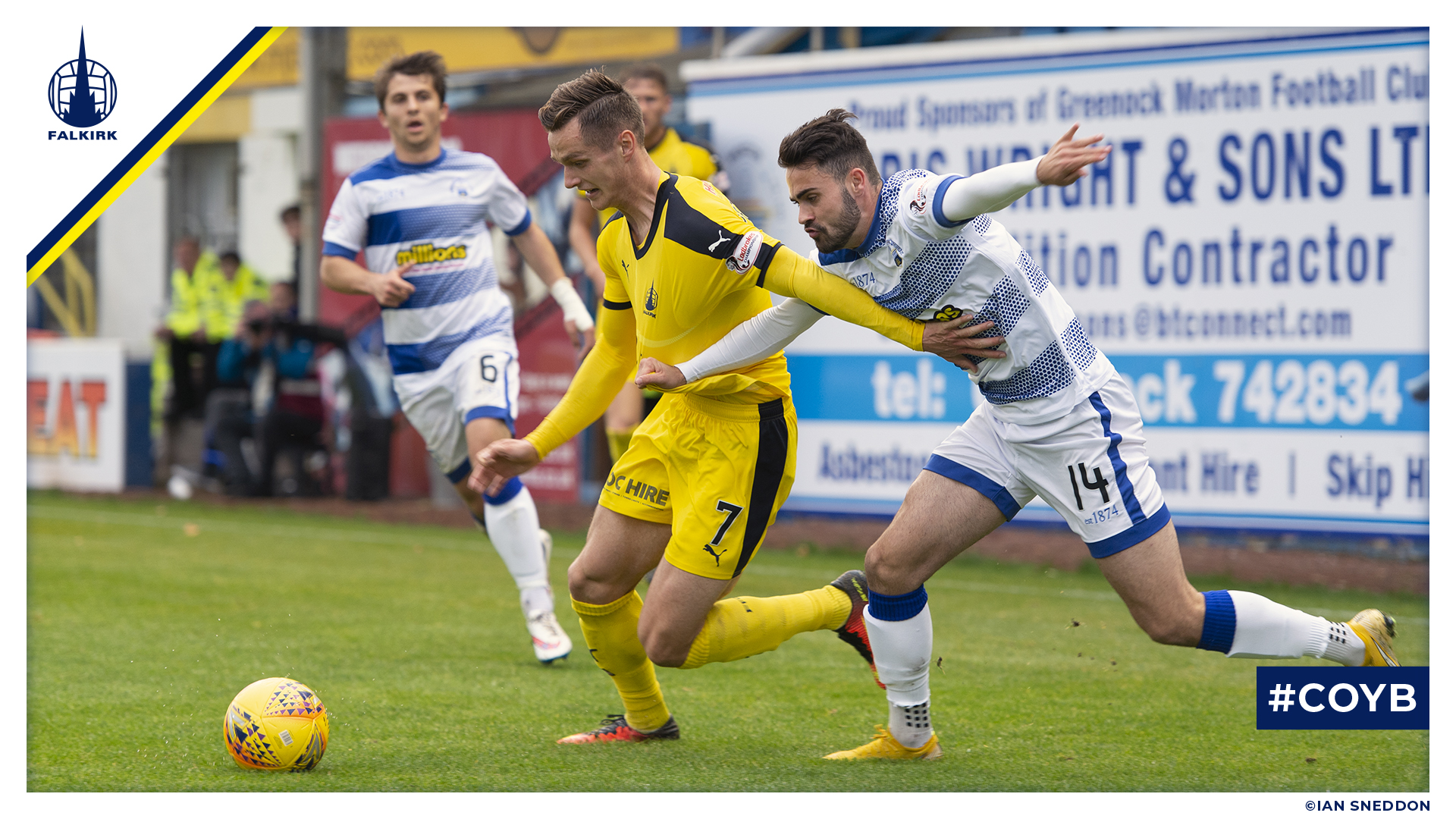 Ray McKinnon’s return to Greenock ended in defeat as Bob McHugh’s second half goal proved the difference. Falkirk goalkeeper Leo Fasan was sent off just minutes into the second half in what proved to be a pivotal turning point in the match.

Ruben Sammut was brought into the starting XI while Prince Buaben made his Falkirk debut in what was set to be a fiesty Ladbrokes Championship affair.

Zak Rudden had a great opportunity to give the Bairns the lead after just six minutes as he connected with Paul Paton’s cross from the right, but he could only direct the ball just wide of the target.

Kerr Waddell then sent a long diagonal ball from left to right which was taken down by Michael Tidser who cut inside before firing a low effort that was well held by Leo Fasan.

Zak Rudden again went close on 24 minutes as he took the ball in on his chest before hitting a low effort that rolled just past the far post.

Falkirk’s final chance of the half came through Tom Dallison whose header from a corner was cleared off the line with Petravicius nodding the follow up just over.

The second half started in the worst possible fashion for the Bairns as Leo Fasan was sent our for taking out Michael Tidser on the edge of the box. The goalkeeper had rushed from his line, but was unable to connect with the ball as John Beaton gave the stopper his marching orders.

It was a former Bairn who ended up getting the decisive goal as substitute Bob McHugh knocked home at the back post to give the hosts the lead. It was a blow for the Bairns who, despite begin under a fair amount of pressure, had held their own defensively against wave after wave of Morton attack.

Patrick Brough powered a low effort towards goal in stoppage time, but his effort was stopped by a vital block from Buchanan just as it looked like the Bairns might have scored an equaliser.

It just wasn’t to be for Ray McKinnon’s men who fell to defeat at Cappielow.