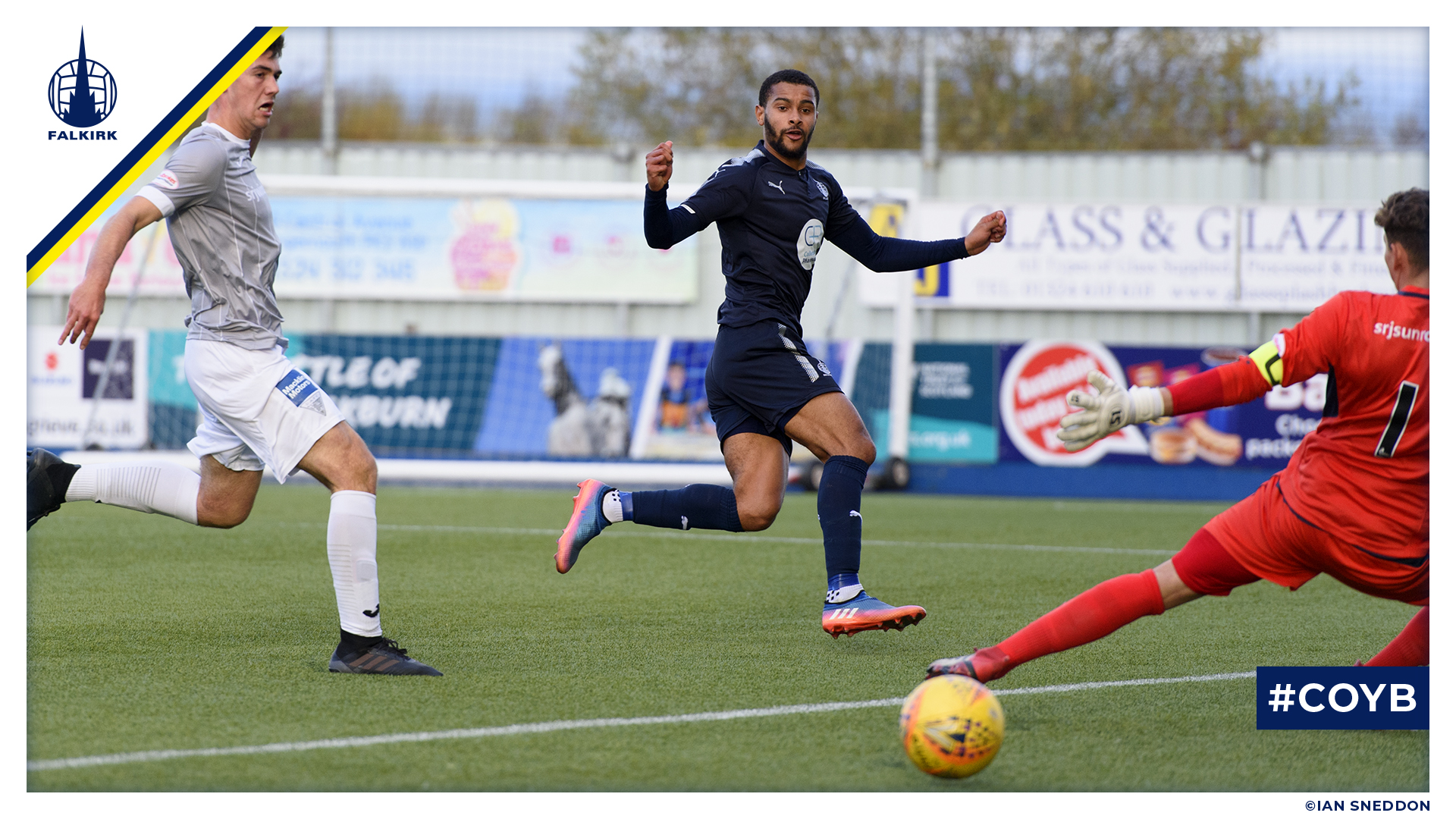 Joe McKee and Dennon Lewis were on the scoresheet as Falkirk defeated Dunfermline Athletic 2-1 in the SPFL Reserve League.

Both sides fielded strong starting XI’s for the match, but it was Graeme McArthur’s side who enjoyed the majority of chances and play throughout the ninety minutes.

Marcus Haber cracked the post with a shot from a tight angle after an intelligent run across the front of goal found him a yard of space. Joe McKee was next to threaten with a low freekick that was inches wide of the target.

The Bairns took the lead on 29 minutes as Marky Munro was brought down in the box leaving the referee no choice but to point to the spot. Joe McKee stepped up to send Cameron Gill the wrong way and capitalise on Falkirk’s early dominance.

The Pars did have a chance to pull level almost immediately though as Morrison turned a corner towards goal, but Lewis Kidd was on hand on the line to clear.

Kevin O’Hara had a strong strike saved by Cameron Gill just one minute into the second half and he went close again on 60 minutes as he powered a header from 10 yards that hit the post.

The Bairns doubled their advantage on 85 minutes as Aidan Laverty threaded through a terrific pass into Dennon Lewis who slotted into the bottom corner to double Falkirk’s advantage.

Myles Hippolyte pulled one back for the Pars with two minutes to play as he knocked home a cross from the left, but Falkirk held on to claim the three points.