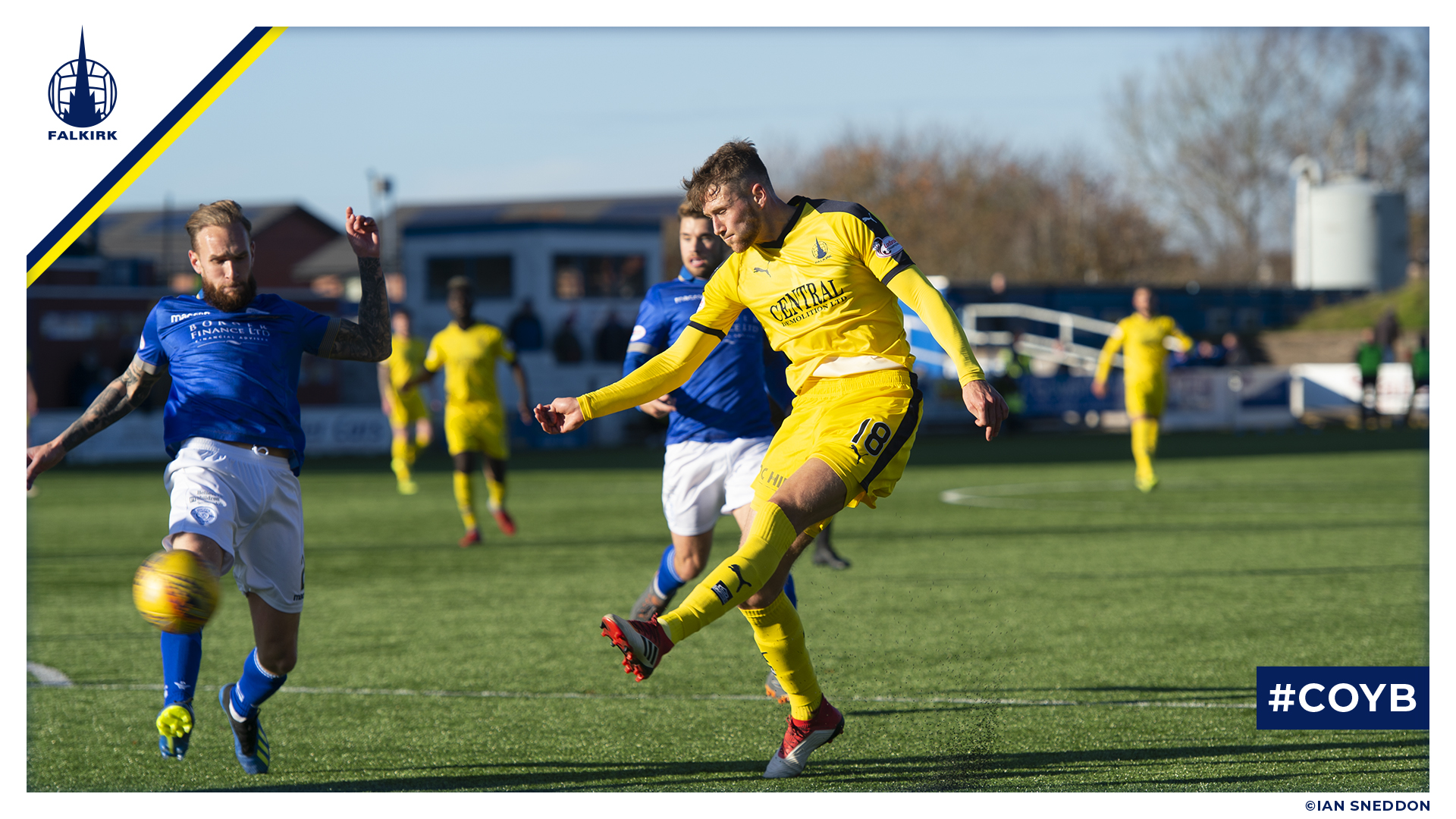 It was another disappointing afternoon for Ray McKinnon’s men who went down 2-0 to Queen of the South at Palmerston Park.

In truth, the Bairns probably shaded the first half and had chances to take the lead before two goals in 90 seconds shortly after the restart put Queens in a commanding position.

Falkirk had the opening corner of the match as Paul Paton hit an in-swinging ball to the box, the midfielder’s first effort was cleared with the second met by the head of Patrick Brough who glanced wide.

Marcus Haber was inches from flicking in to Ruben Sammut to pounce, before Queens had their first chance as Lyndon Dykes fired wide of the target.

Referee, Colin Steven awarded Queens a penalty on 21 minutes as Prince Buaben brought down Stephen Dobbie in the box. The striker stepped up and hit a low drive which was tipped onto the post by David Mitchell. The keeper sprung to his feet and did superbly well again to save the follow-up before being fouled.

Patrick Brough’s deflected diving header bounced back into the path of Zak Rudden whose powerful drive looped into the arms of Alan Martin via another deflection as the Bairns kept up their first half pressure.

Falkirk finished the half strongly as Marcus Haber went close with a header from Petravicius’ cross and Paul Paton hammered a volley towards goal from the edge of the box that was held  by Alan Martin.

Queens came out strongly at the start of the second half as David Mitchell beat away a powerful strike from Stephen Dobbie. Falkirk failed to really get out of their half and were hit just two minutes later as Michael Doyle sent a looping header back across goal and into the far corner.

The Bairns had a real storm to ride out as they advanced forward up the park to win a free kick on the right side. Paul Paton’s cross bounced about the box, but was picked up first by a Queens shirt as Todd cleared into the path of Jordan Marshall who drove forward before firing a low drive into the bottom corner from 20 yards.

Stephen Dobbie smacked the bar from inside the box as he looked to compound Falkirk’s misery on 72 minutes. The Bairns did have a chance to pull a goal back on 83 minutes as Andrew Irving weaved inside and out before striking the bar.

Falkirk struggled to create chances in a difficult second 45 as Queens held on to secure three points at Palmerston.