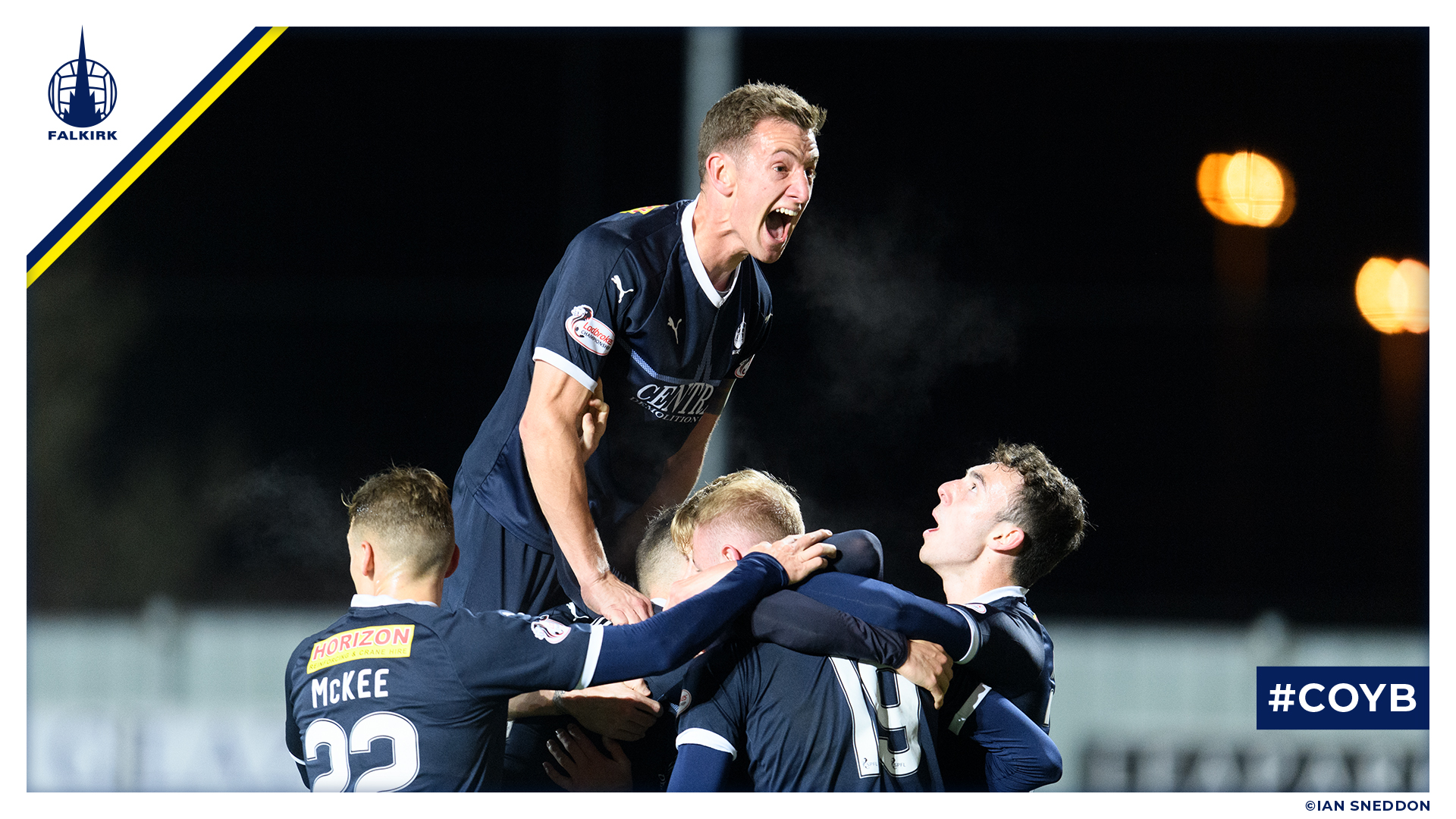 It was a much improved performance from Falkirk as they drew 1-1 at home with league leaders, Ross County.

Despite County dominating possession in the first half, the Bairns took the lead midway through the half through an own goal and could well have added to their lead before the break.

Ross County, who are currently leading the Scottish Championship, piled pressure on in the second half and equalised 12 minutes from time with a well-struck Iain Vigurs goal.

Billy McKay headed over from a cross from Josh Mullin within the first few minutes. Soon after, Iain Virgurs hit a curled free kick that went over from the edge of the box.

Falkirk went ahead in the 26 minute when Ross County midfielder Don Cowie headed into his own net after a bursting run down the left from Thomas Robson allowed the midfielder space to whip in a terrific cross.

Minutes later, Andrew Irving hit a left-foot shot from the outside the box that went over the bar.

Irving had another chance on the 39 minute from the edge of the box that went high over the bar.

Just before halftime, Falkirk missed a golden opportunity to extend the advantage when Paul Paton – from six yards out – could not connect with a cross from Deimantas Petravicius after a surging run down the left-hand side.

Ross County came out at the start of the second half all guns blazing to try and get the equaliser.

With 12 minutes left, the Highland side managed to break down the Bairns when they equalised through an excellent strike from Vigurs. Vigurs hit a curling shot from the edge of the box past David Mitchell into the top right-hand corner of the goal.

The away side continued to look to for a winner when substitute Brian Graham squirmed a couple of chances that went straight at the Mitchell.

Falkirk could have won it themselves in injury time when Patrick Brough missed after a left-wing cross from Aaron Muirhead.

Falkirk manager, Ray McKinnon said after the match that he was really pleased with the discipline, the effort and the shape.

McKinnon said: “To be fair we have played some great stuff on the counter-attack. We had three or four unbelievable opportunities tonight. So I am pleased we have managed to get a point against a very good side.”

Our thanks to David who joined us in the press box for this evening’s match as part of our Dyslexia Scotland Awareness Day.