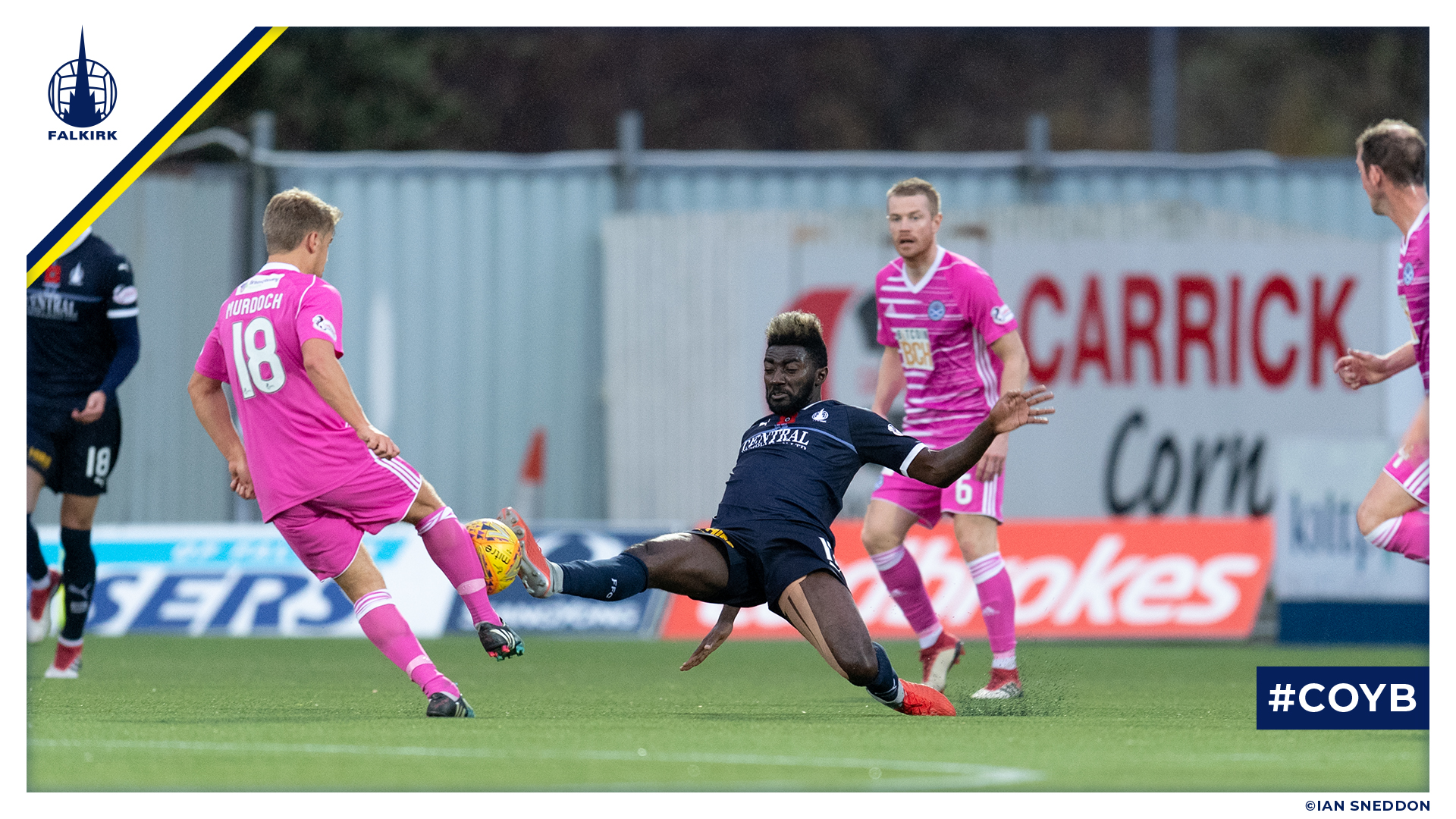 Falkirk came up just short after digging in against the league leaders.

Ray McKinnon made two changes as the Bairns faced the top side in the Championship for the second time in five days. Prince Buaben came in for the suspended Paul Paton and Scott Harrison replaced Aaron Muirhead, out with a fractured ankle.

The first half was one that lacked in chances, with Falkirk defending resolutely against the away side, who had the majority of possession but were unable to create much. Lawrence Shankland headed over in the best of the chances in the half, while Petravicius looked dangerous on the break, twice beating his man to get a cross in, but neither quite fell for Zak Rudden.

Ayr United came out the second half the more determined looking of the two teams and were soon rewarded. Craig Moore’s strike from outside the box went past Mitchell into the Falkirk net.

Falkirk had several good chances to reply over the next ten minutes. First Rudden, who couldn’t keep his free header down, then came a drive from Petravicius that powered over the bar, and finally McGhee’s header which went wide from a corner after the ball had rattled around the Ayr box.

Both teams battled against the weather and each other as the game came to a close. A couple of late crosses into the box from Petravicius and Robson caused the visitor’s defence issues, but they managed to hold on for the three points as Falkirk look on to East End Park next weekend.