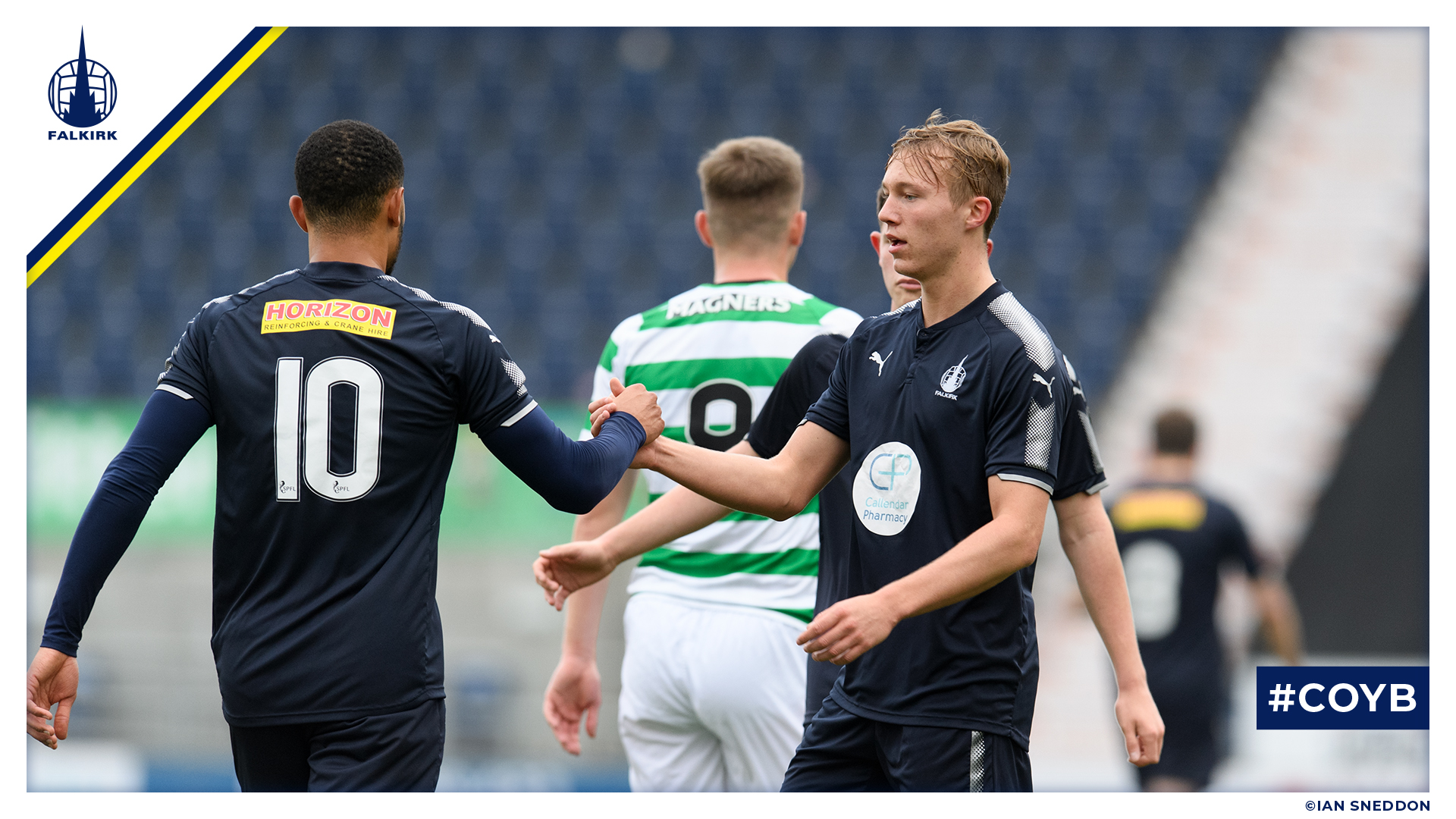 The Bairns lost 2-1 to Celtic in the SPFL Reserve Cup at the Falkirk Stadium on Tuesday afternoon.

Graeme McArthur fielded a strong starting XI with the likes of Dennon Lewis and Marcus Haber receiving valuable game time and Paul Paton enjoying minutes ahead of his return from suspension on Saturday.

Despite Celtic dominating much of the opening period possession wise, it was Dennon Lewis who went closest to opening the scoring as he burst through one on one with the goalkeeper, but was denied by a smart stop from Ryan Mullen.

The Bairns were awarded a penalty just past the half hour mark as Cieran Dunne was brought down by Duffy just inside the box. Dennon Lewis stepped up to fire into the back of the net and give Falkirk the lead.

Celtic responded almost immediately though as a well worked move saw Ewan Henderson’s effort saved by Robbie Mutch, but the goalkeeper couldn’t deny Armstrong Oko-Flex who followed up to make it 1-1.

The two sides went into the break level, but it took Celtic just four second half minutes to pull themselves in front. Oko-Flex darted to the front post to flick a corner, which looped over the heads of everyone, and bounced in via the inside of the back post.

Falkirk pushed hard throughout the second half with Dennon Lewis and Kevin O’Hara going closest. Lewis had a couple of opportunities including a free kick from 25 yards two minutes from time that was well saved by Ryan Mullen.