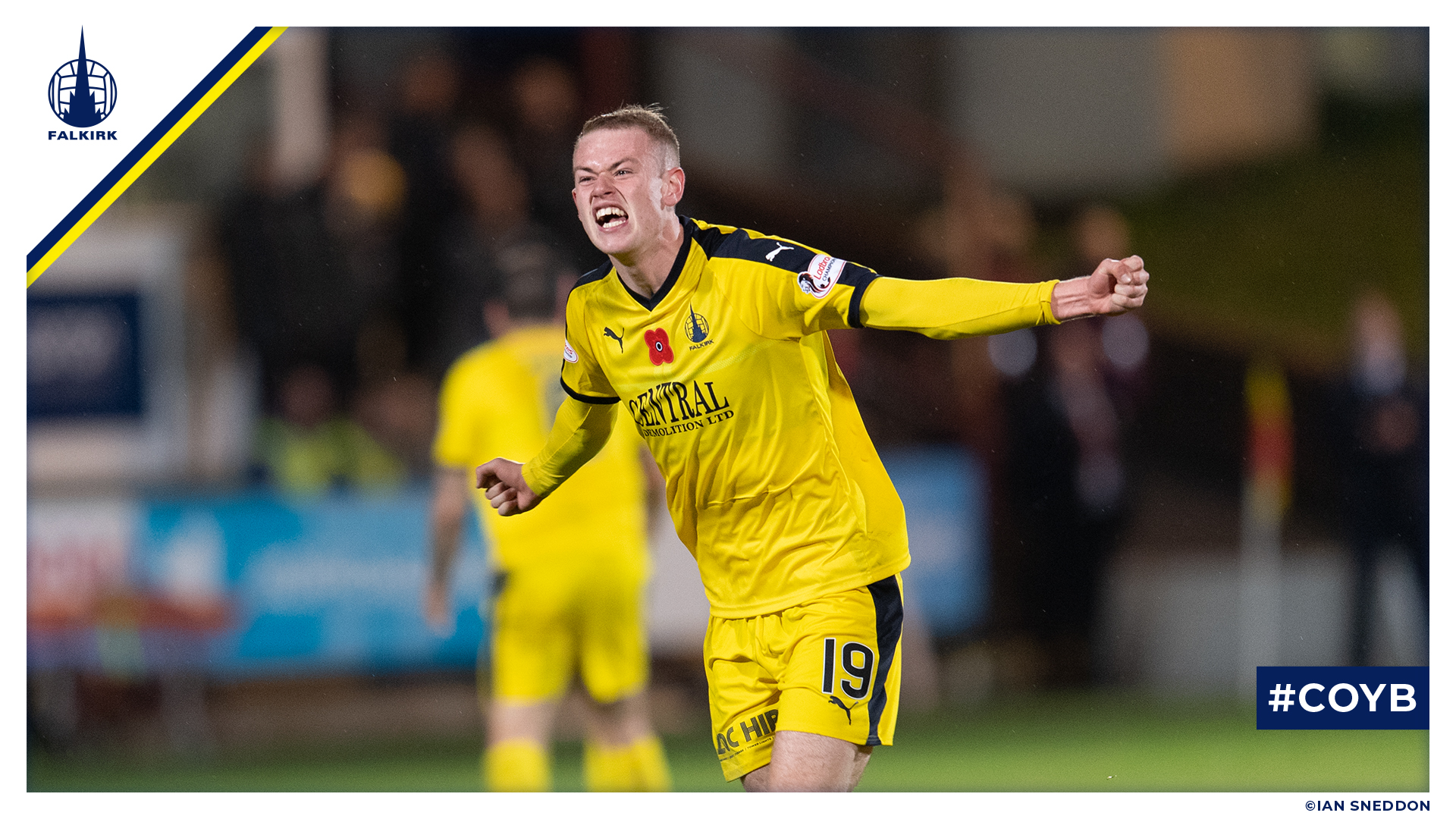 It was a battle, but the Bairns came out victorious as Zak Rudden’s 71st minute goal proved the difference at East End Park.

The Pars came flying out the traps and should have been in front within 40 seconds as Andy Ryan squandered a glorious opportunity from close range.

Dunfermline remained in command possession wise, but the pace of the match settled somewhat as Falkirk grew in to what was an entertaining encounter.

Falkirk whipped some dangerous crosses into the box as a corner from Irving bounced across the face of goal with 26 minutes played. The midfielder then had a strike deflected wide of the target as he was fed a low ball from Zak Rudden who had intercepted a loose pass.

Myles Hippolyte drilled a low strike just wide of the target as the first half came to a close with both sides going in level at the break.

Falkirk started the second half strongly as Paul Paton smacked the bar with a terrific dipping volley from 25 yards that had the 1,000 strong Falkirk support on their feet.

The second half descended into a frantic end to end affair. Andy Irving showed some good feet to drift past two Dunfermline defenders, before the Pars burst up the other end forcing a strong challenge from Lewis Kidd to thwart a dangerous attack.

Kallum Higginbotham had a couple of close opportunities on the hour mark as he hammered a low drive into the ground that bounced wide of the target, before cutting in from the right and hitting a powerful drive that was beat away by Leo Fasan.

Then came the moment everyone of a Navy Blue persuasion had been waiting on. Zak Rudden stepped up to drill a terrific low drive into the bottom corner from 20 yards leaving Lee Robinson with no chance and the Falkirk support behind the goal in raptures.

Dunfermline tried and tried to force the equaliser, but it wasn’t to be as Andy Ryan and Jackson Longridge went closest.

Andrew Dallas’ full time whistle signaled a huge roar from the Bairns as the players and management staff swarmed to the east end of the stadium to celebrate.

The Bairns battled and got their just rewards.