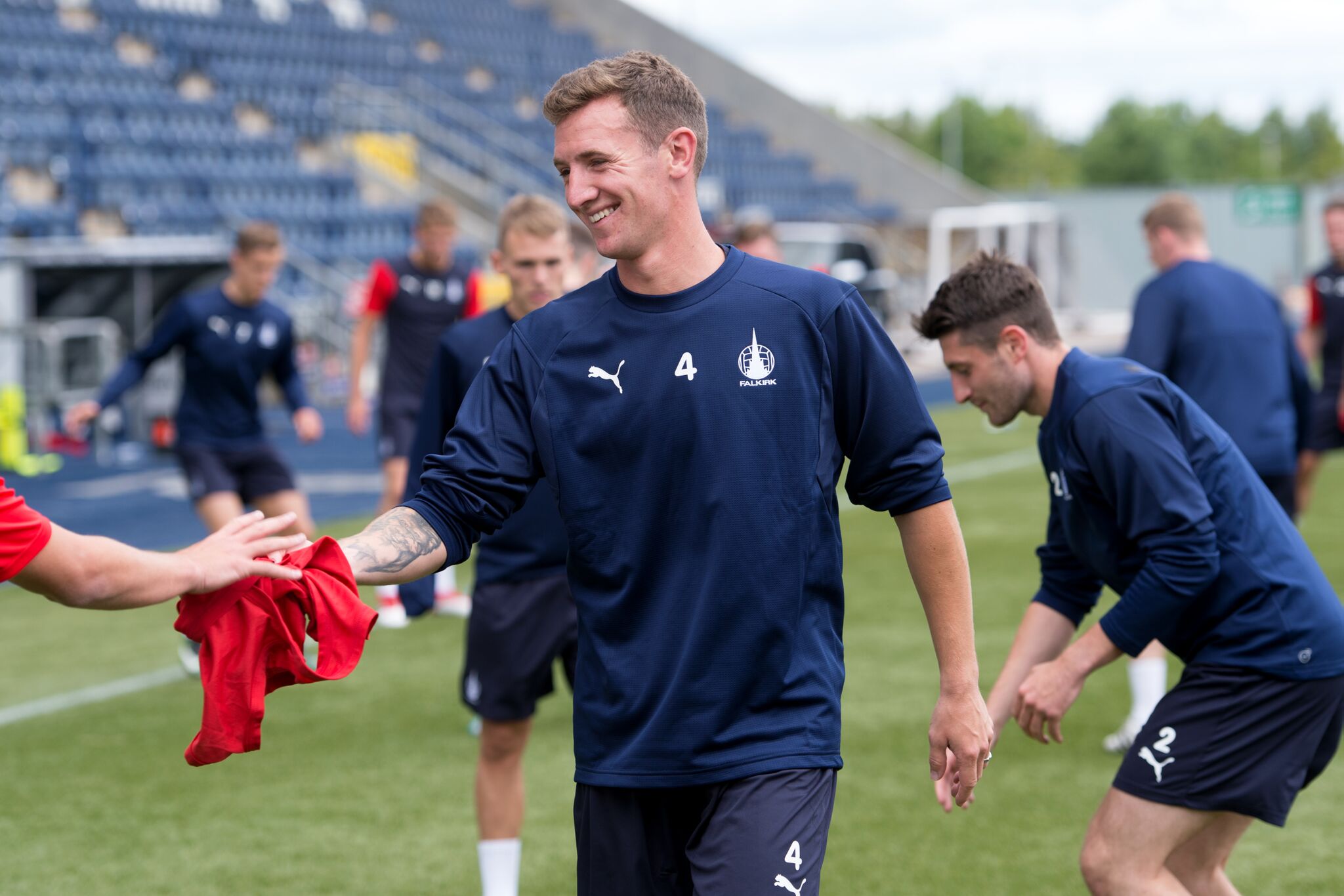 Club Captain, Aaron Muirhead returned to training at The Falkirk Stadium this morning after a frustrating few weeks on the side-lines. There was positive news for the defender though, who confirmed his injury was, in the end, not as bad as first feared.

He said: “After getting the x-ray and being told it was broken I went to see the specialist and was told it was an old break. I went for a scan and it showed I had done a couple of ligaments. I told the physio I was a quick healer so I have worked hard in the gym and it was good to get back out there.

“Ross (Grady, Physiotherapist) gave me six weeks recovery time, but that’s only been three and a half weeks. I wouldn’t say I am pain free, but Ross will be the first to tell you I am not a very good patient. I have done what I needed to do regarding rehab so it was good to get out and see where I am at.”

At the time of the injury it was visible Muirhead was in pain, but he battled on to help his side secure a vital point against league leaders at the time, Ross County. There was no option for the 28 year old, but to carry on.

He explained: “I knew I had definitely done something when I went over on it and heard it pop. The timing was unfortunate as we had just brought on our final substitute. I knew that we were struggling so I hope that come the end of the season it will be a big point for us. I suggested that they put me up front, but that never happened.

“The boys have done well since I went out with the change of shape. It’s always frustrating being on the side-lines whether the team is winning or not because it’s part of your life that you are used to training and being involved in games.”

Ahead of Saturday’s trip to Ochilview, Muirhead was keen to stress the importance of the match as he looks to help re-create the run of 2015 which culminated in the Scottish Cup Final. On a personal note, Aaron hopes to be involved in some capacity on Saturday afternoon.

He said: “Saturday may come a wee bit too quick for me, but that’ll be up to the manager and the physio as to whether I am involved or not, but it’s a big game for us so I hope I am.

“I wouldn’t say Saturday is any less pressure because a club the size of Falkirk expects a cup run. It’s a local derby if you like, it’s a chance to get away from the league and not look at other results. It’s all about us getting ourselves into the next round of the cup.

“I was here in 2015 and the journey for everyone involved was great. Hopefully we can get a run again; every team in Scotland will be saying the same thing though. It’ll be tough and we’ll not take anything for granted, although Stenhousemuir are in a league below we still need to be right at it and make sure we are in the next round.”