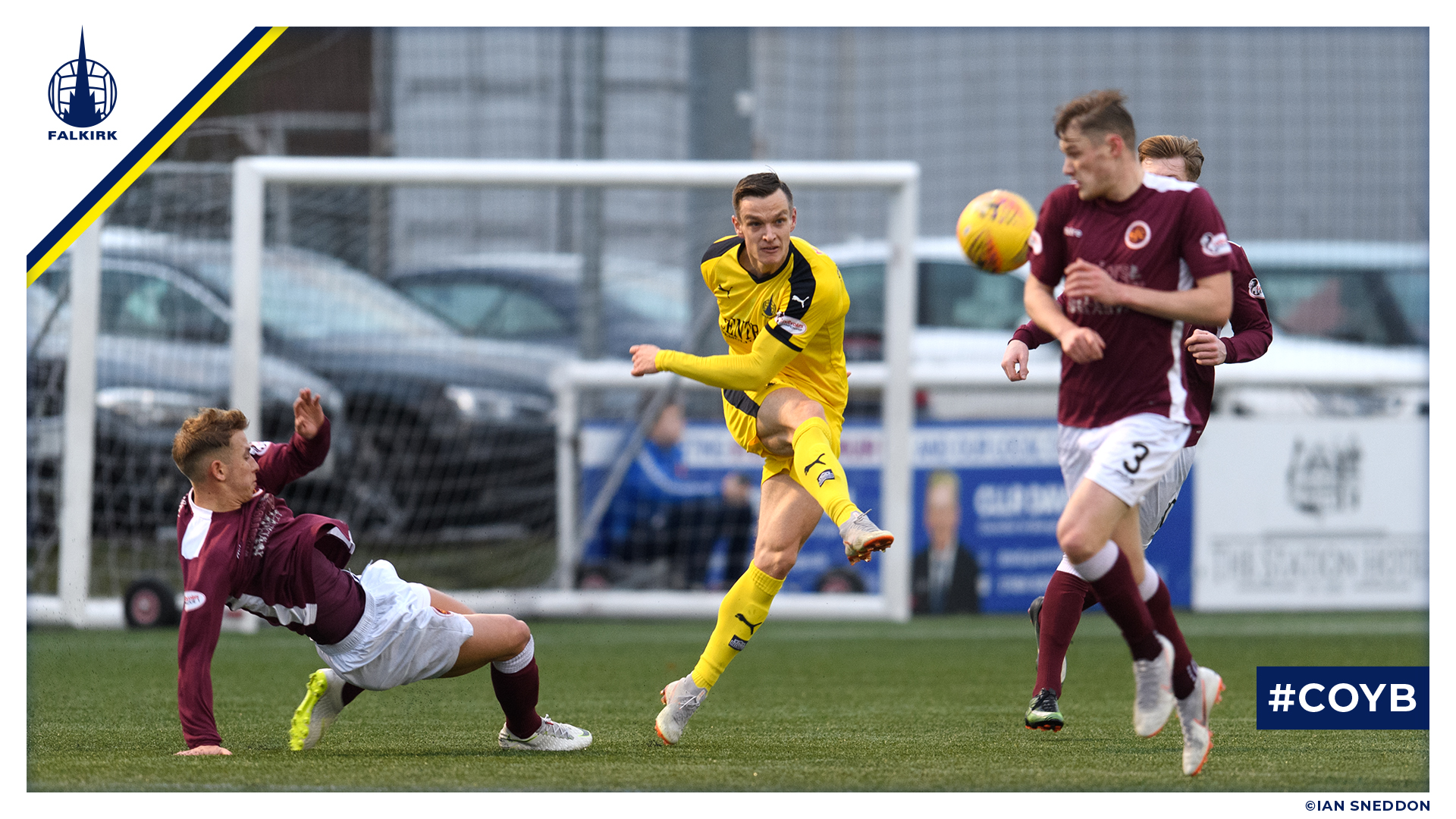 The Bairns exited the Scottish Cup at the Third Round Stage following a 4-2 defeat to Stenhousemuir at Ochilview Park.

Ray McKinnon’s side started brightly as Aaron Muirhead won a corner and Joe McKee volleyed wide of the target. The Bairns remained on top and took the lead after just six minutes. Tommy Robson threaded an excellent pass with the outside of his foot to Deimantas Petravicius who cut back for Dennon Lewis. The striker’s effort was blocked on the line, but there was no stopping Paul Paton’s follow-up as Falkirk went in front.

Falkirk continued on the attack as Robson again burst down the left before delivering a cross into the box. The ball broke back to Lewis Kidd whose volley was held by Graeme Smith. Leo Fasan was then called into action for the first time as he pushed clear a strike from distance before Aaron Muirhead sent the ball for a corner.

Stenhousemuir then equalized on 12 minutes as Conor McBrearty rose highest to head home from close range. Things went from bad to worse for the Bairns as McBrearty got on the end of a corner just five minutes later to bullet home and give the Warriors the lead.

Falkirk had chances to pull level as McKee’s effort was blocked, before Dennon Lewis advanced through on goal on the half hour mark before being challenged by Graeme Smith, but the referee was unmoved by the striker’s claims for a penalty and awarded a corner.

With just five minutes until the interval the Bairns pulled level as Joe McKee advanced forward from midfield and hit a sweet low drive into the bottom corner, leaving Graeme Smith with no chance.

The two sides were level at the break after a competitive first half. Falkirk looked to assert themselves on the tie at the start of the second half as Robson and Petravicius combined on the left, the latter delivered a ball to the back post which dropped back to Jordan McGhee who fired over from 20 yards.

Stenhousemuir then regained the advantage on 59 minutes as a sweeping move up the park saw Sean Dickson knock home into an empty net after a low ball was played into his path, across the face of goal.

The hosts were, from this point on, happy to contain Ray McKinnon’s men whilst looking to add a killer fourth on the break. The Falkirk boss tried a change in formation as Ruben Sammut was introduced into the action, but it failed to work as opportunities were at a premium. A few dangerous crosses were floated into the Stenhousemuir box, but with no one on the end it was proving a difficult afternoon.

Tom Dallison was introduced as a striker as the Bairns looked to use his aerial ability to threaten. A late corner presented an opportunity, but it couldn’t be taken as the hosts looked to hold on. They were to add a fourth with just three minutes to play as a poor kick out from the back was seized upon by Mark McGuigan who found space to guide a low strike into the bottom corner past Fasan.

An afternoon to forget for the Bairns who were punished by a clinical Stenhousemuir side.