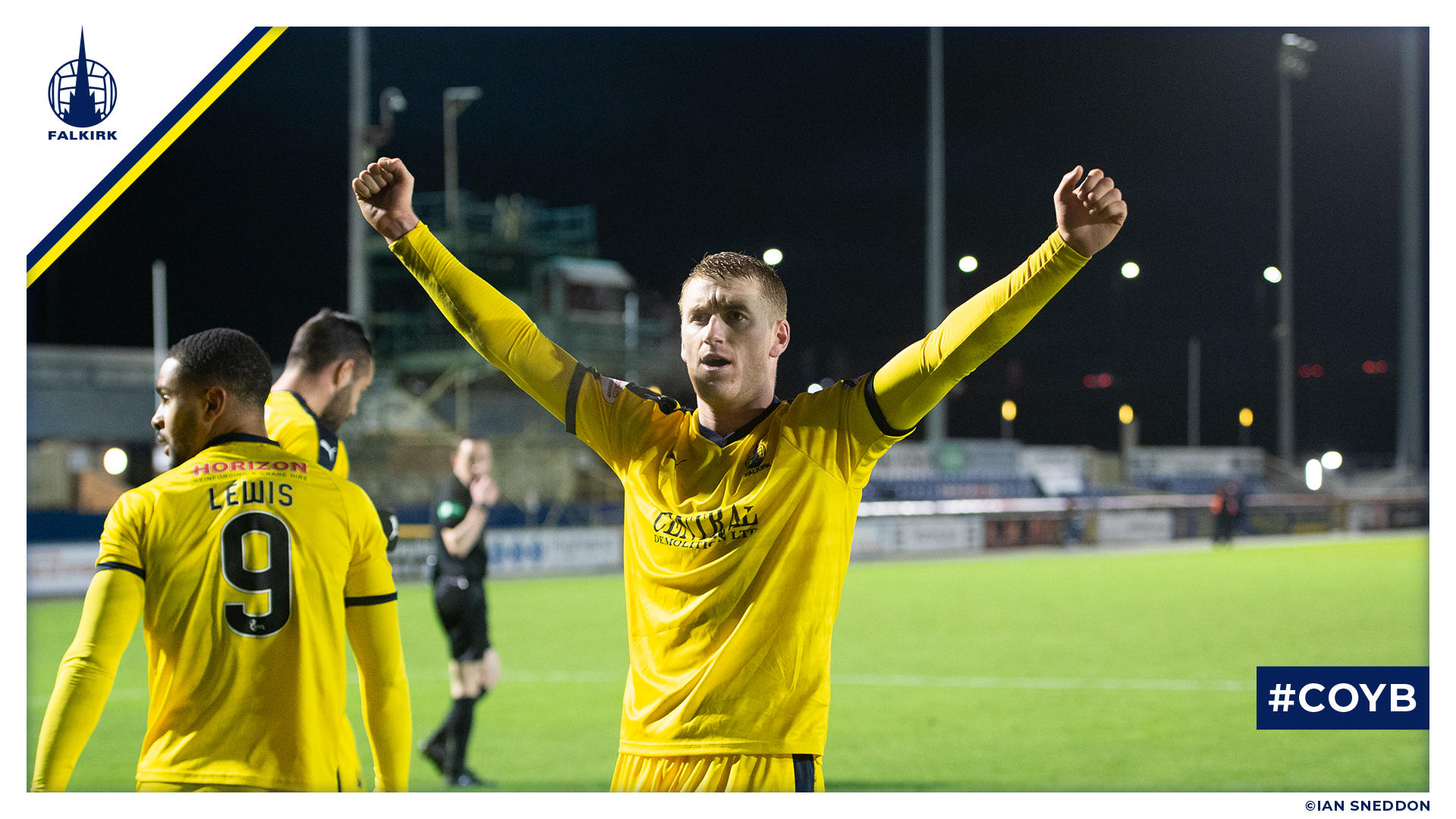 A tremendous performance on the road saw the Bairns fire home at the death to claim a 3-2 victory over Inverness CT in the Highlands.

The match got off to the worst possible start for Ray McKinnon’s men as Tom Walsh fired the hosts in front within six minutes.

Falkirk failed to let their heads dropped though and showed early signs of revival as Zak Rudden fired a moving effort from the edge of the box that was held by Ridgers.

With 15 minutes on the clock, the Bairns were level. Petravicius did well on the right to deliver a terrific cross into the box. Zak Rudden found a pocket of space to bullet a header into the bottom corner and bring Ray McKinnon’s men right back into the match.

The game then evened out somewhat with Caley continuing to enjoy the majority of possession though. Leo Fasan did well to tip a powerful drive from Tom Walsh from 20 yards out.

Falkirk’s threat continued to come via the pace of Petravicius and Rudden with the on-loan striker adding his and Falkirk’s second of the match on 35 minutes. The striker burst clear of his man on the left before drilling a low strike from a tight angle in off the inside of the post.

Inverness had an opportunity to pull level before the break, but Leo Fasan was equal to a deflected low strike from distance as the Bairns went into the break with the lead.

Ray McKinnon’s men came out strong at the start of the second half. Clear cut chances were hard to come by, but Falkirk continued to threaten on the break. A couple of dangerous crosses were floated into the box, before Paul Paton fired a dipping volley that was blocked.

Inverness pulled level with 63 minutes on the clock. A deep corner was headed back across goal by Rooney into the path of George Oakley who had the simplest of tasks to knock home at the near post.

The match then turned into a real end to end battle as both sides looked for a winner. Marcus Haber, Dennon Lewis and Andy Irving were introduced into the action for the Bairns as Ray McKinnon looked to secure all three points.

Late into stoppage time, Andy Irving drove forward on the left before being brought down as Colin Steven awarded the freekick. Paul Paton swung in a terrific cross which was met by Scott Harrison at the back post who slid in to force the ball home. Then came wild celebrations from the Falkirk support behind the goal and the players who, to a man, dived in to join them.

A well earned three points for the Bairns who fought to the death to claim victory.