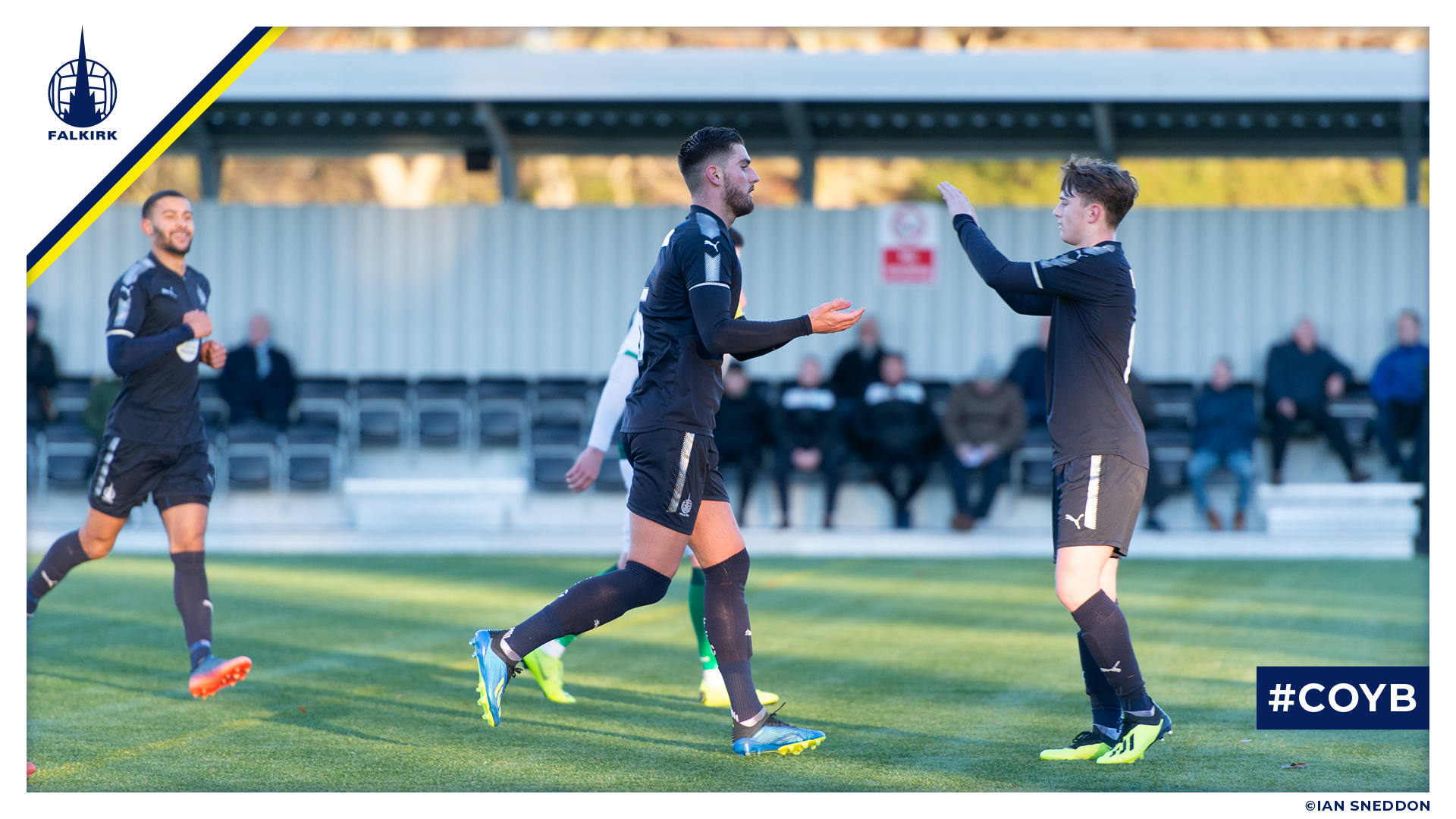 A close-fought encounter finished all square as Hibernian and Falkirk drew 1-1 at The Oriam in the SPFL Reserve League.

The hosts took the lead with just minutes on the clock as Ruari Paton knocked home a flicked effort that came back off the post.

The Bairns, who started the match with two trialist strikers, grew into the match and looked a threat in the period that followed. Dennon Lewis cut inside on more than one occasion before firing consecutive low drives that were well stopped by Paddy Martin in the Hibernian goal.

Graeme McArthur’s side did manage to pull themselves level on 32 minutes as Kevin O’Hara burst forward on the left before passing inside to Trialist whose low ball into the box dropped back for Tom Dallison to hammer home from 10 yards.

Falkirk started the second half strongly and continued to pin back their capital counterparts. There was the odd flash point at the other end as Robbie Mutch was called into action, but overall the Bairns were on the front foot.

Their attempts to win the match were given a boost on the 67th minute as Sean Mackie was shown a second yellow card for a late challenge on half way. In truth, the red card sparked a flurry of attacks from the hosts before Falkirk’s dominance took hold once more in the final 10 minutes of the match.

Marky Munro came closes to snatching a winner for the Bairns as he capped off a well worked move by firing a low drive towards the bottom corner that was tipped for a corner by Martin in the Hibernian goal.