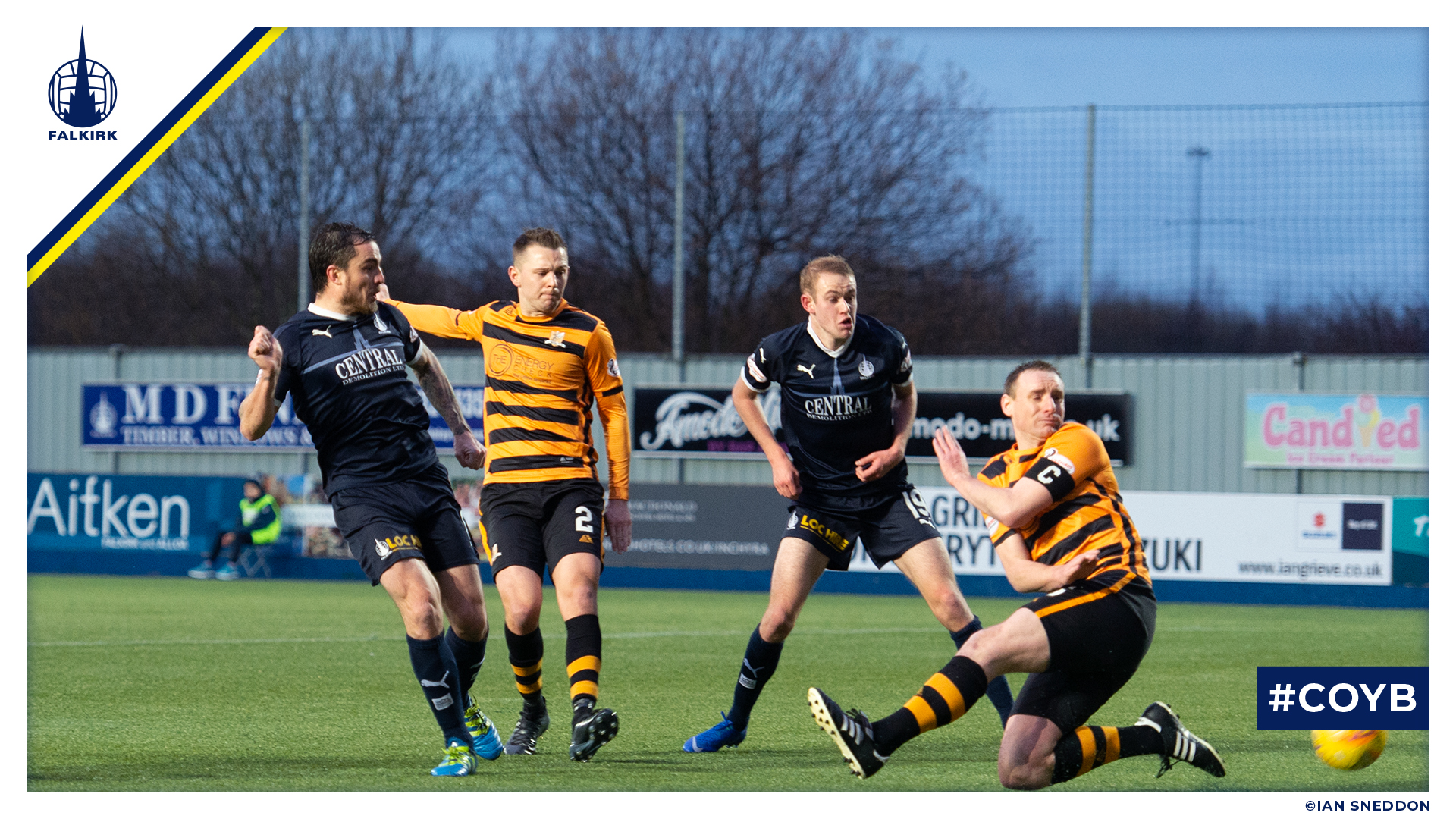 Falkirk couldn’t hold on to an early lead as Alloa Athletic fought back to draw 2-2 at The Falkirk Stadium.

It was a quick start for The Bairns as they opened the scoring after only 6 minutes. Tommy Robson made a terrific run down the line from his own half and his cross was met by Diamantus Petravicius, who nodded home past Neil Parry in the Alloa goal.

Falkirk controlled the majority of the first period, although the visitors managed to create a couple of good chances. The first came when a deflected pass put the Alloa player in on goal, but Scott Harrison displayed terrific tenacity to track back and block his shot.

The visitors were sure they had equalised after a low cross following a free kick bypassed the players of both teams, finding Liam Dick free at the back post, until he unbelievably fired wide.

The Bairns piled the pressure on and soon after secured the second goal. Petravicius drove down the line and played a low cross into the box which met Paul Paton’s late run as he smashed home.

Alloa dominated the late stages of the first half and were rewarded by a goal. Lax defending by Falkirk put Jake Hastie in behind, and his cut back left Ian Flannigan with a simple task to tap home.

The second half was a war of attrition as Alloa pressed for an equaliser. First Fasan saved well from close range against Zanatta, then Zanatta’s shot found the inside of the post and came out. Falkirk had their chances as well, with Rudden coming close on several occasions and Kidd firing just wide after terrific work from Petravicius and Irving, but it was Alloa that found the equaliser. Alan Trouten finished after a scramble in the Falkirk box after a corner.

The Bairns pushed for another late winner, bringing on Lewis and Haber in search of the goal they needed, but were unable to find it and were held to a point.