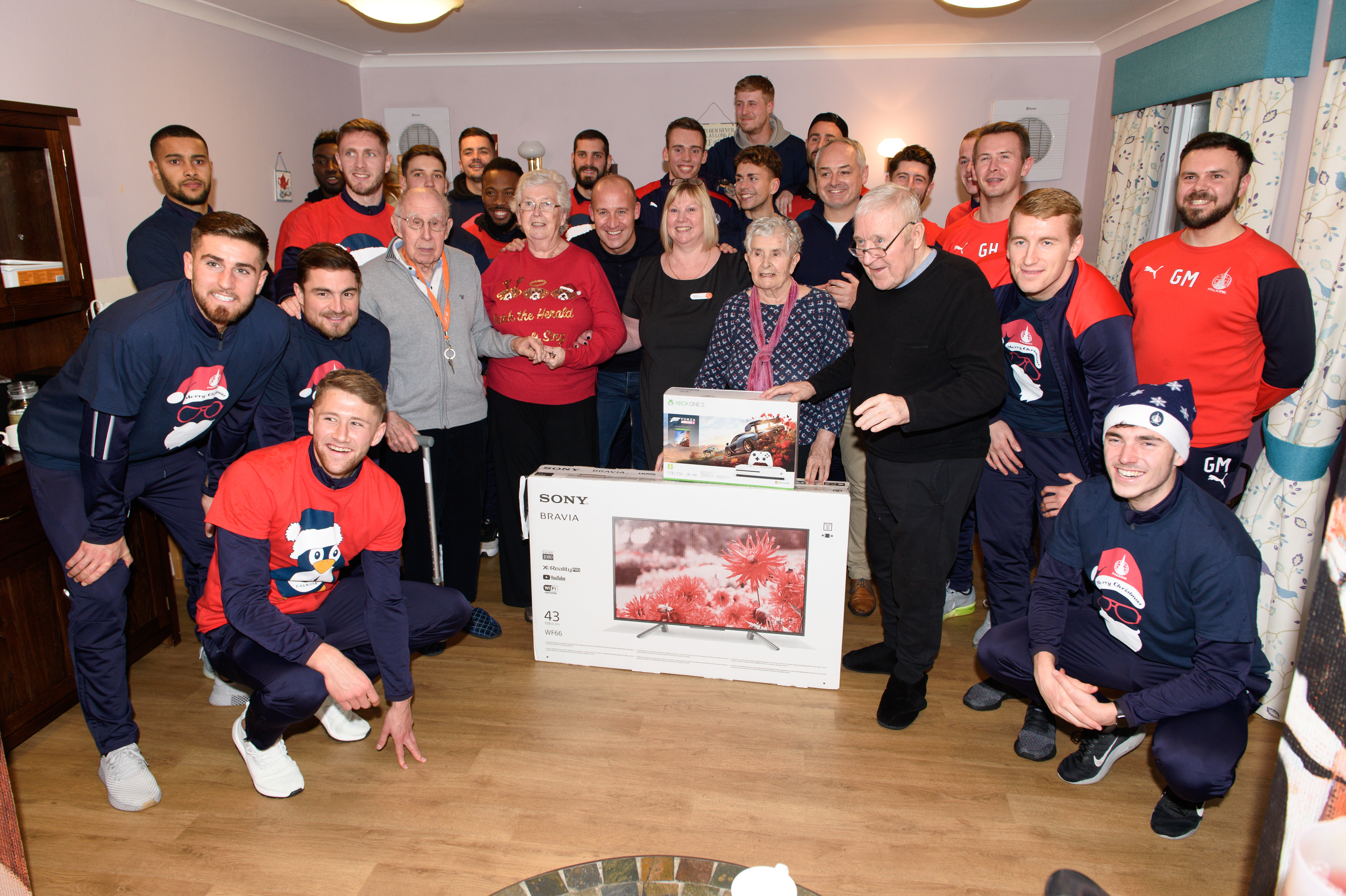 The Bairns were out on the road today spreading festive cheer as the players took part in our annual Forth Valley Royal Hospital visit before heading to Kinnaird Manor Care Home.

Ray McKinnon, Darren Taylor and the first team squad arrived at the hospital’s children’s ward armed with gifts as each young person received a Falkirk FC Strip, Calendar and Ball. There were even a few tops handed out to those parents in the ward who were Falkirk fans too!

The players went round each room of the ward to speak to the patients, take pictures and sign autographs before presenting the staff with a signed Falkirk FC top.

It was then back on the bus as the players and staff headed to Kinnaird Manor Care Home in Camelon. The players took time to meet with the residents before having a cup of tea and various pictures taken.

A special presentation was made by Ray McKinnon and Darren Taylor on behalf of the club with the home receiving a Sony TV and Xbox.

Then came the presentation of Christmas Hampers that were donated by the children and parents involved in the Falkirk Football Community Foundation. A huge thank you must go to all those who donated to the Foundation’s Christmas Hamper appeal.

A special thanks also to Sandy Muir of Leemic Scotland who donated the selection boxes that were given to children at the hospital and to Docherty’s Midland Coaches who helped transport the players from The Falkirk Stadium to Forth Valley Royal and Kinnaird Manor.