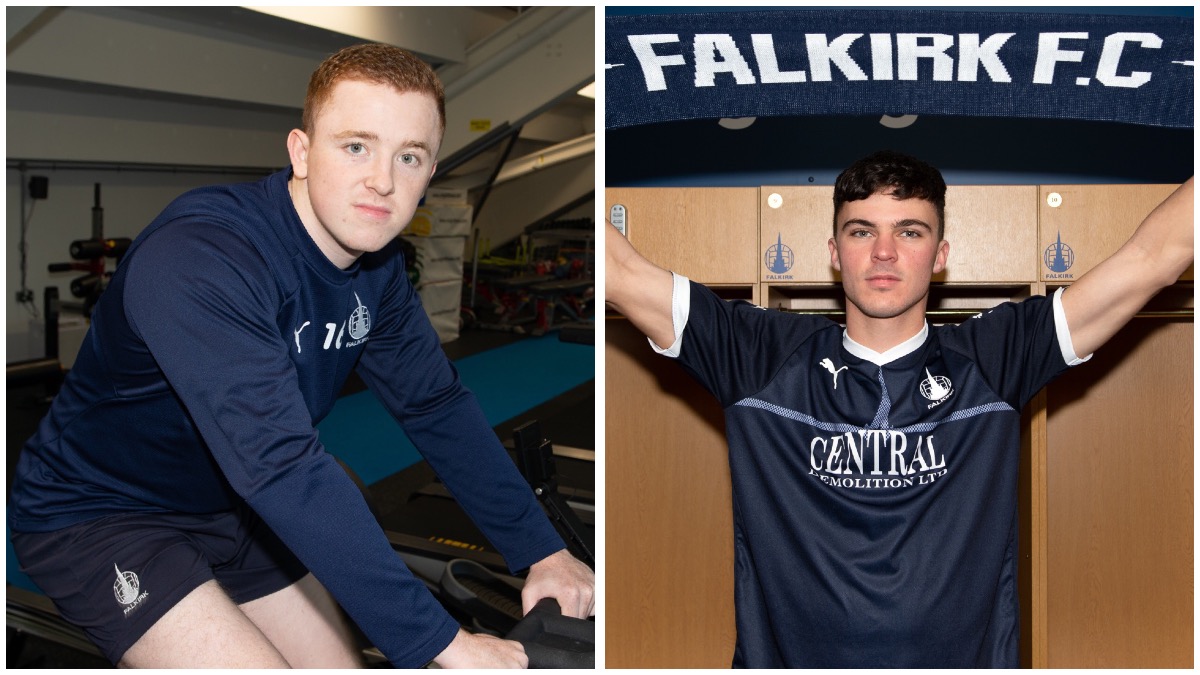 Falkirk FC is delighted to confirm the signing of striker Shayne Lavery on six month loan deal from Everton FC and centre back Ciaran McKenna on a contract until the end of the season.

20-year old striker, Shayne moved from Glenavon to Everton in 2015. He has been on Merseyside ever since having developed through the club’s academy, progressing to the Under 23 side.

Shayne has represented Northern Ireland at every age level from Under 17 upwards and received his first call up to the Senior Squad in March 2018, before making his full international debut in a draw with Panama in May 2018.

20-year old defender, Ciaran was previously part of the Celtic Academy, before turning down a professional contract with the Parkhead side for a scholarship at Duke University in America.

Ciaran recently returned to Scotland and has been training with the Bairns in recent weeks. Manager, Ray McKinnon moved to secure the defender’s services yesterday and should international clearance be received in time, he will go into the squad for tomorrow’s match against Ayr United.

Ray McKinnon, said: “Ciaran was a player that we thought we would have a look at and he has impressed me greatly since coming in. He is young, but is really strong and is good with the ball at his feet too.

“Shayne comes to us very highly rated by Northern Ireland manager, Michael O’Neill. He is still raw, but has great potential and comes to us for the opportunity to play regular first team football.

“Both Shayne and Ciaran will be really good additions to our squad and they give us great options in different areas of the park.”