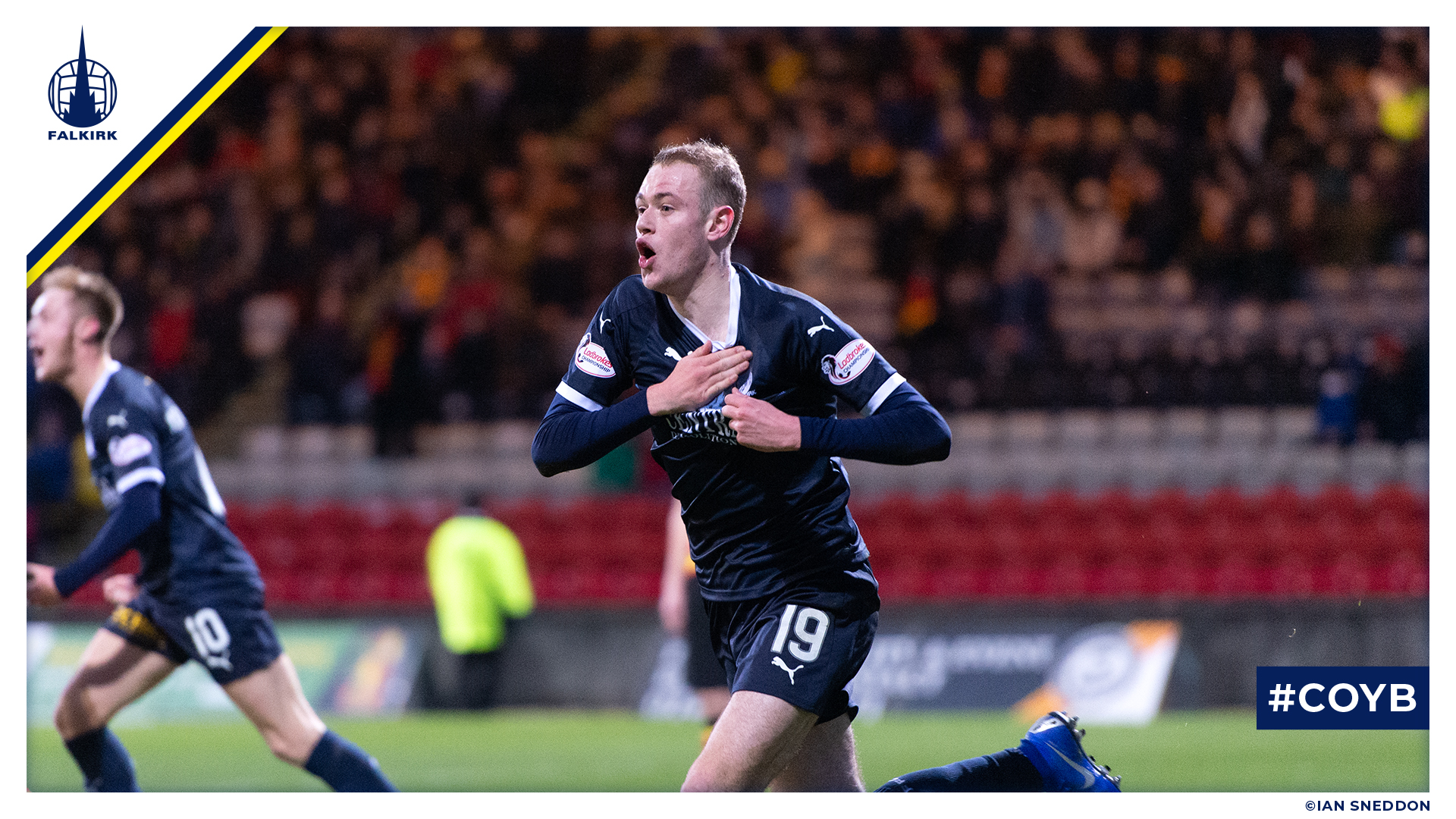 It was a tight and towsy match up at Firhill as Partick Thistle and Falkirk drew 1-1.

Ray McKinnon made one change to his starting XI as Joe McKee dropped out for debutant, Abdul Osman. New signing, Davis Keillor-Dunn began on the bench.

The hosts started the match with slight the more possession as they looked to get off to a bright start. Falkirk’s unchanged back five remained resolute though as they snuffed out any danger leaving David Mitchell with very little to do.

Falkirk’s first attack came as Ian McShane latched onto a loose pass in midfield before driving forward and slipping in Ross MacLean whose low drive was held. The Bairns continued to force pressure as Tommy Robson picked out Zak Rudden with a great pass down the line, the striker burst into the box but his poked effort was stopped by former Falkirk goalkeeper, Conor Hazard.

The end of the first half was a period of very few chances, but plenty of fouls and bookings. Referee, Andrew Dallas had a tough job keeping control of the match as it threatened to spill over on various occasions with players going head to head.

It took just two minutes of the second half for Gary Harkins to go into the referee’s book for a late challenge on half way. The Bairns then had a good opportunity as Waddington went down 20 yards from goal with referee, Andrew Dallas awarding a free kick. Lewis Kidd stepped up to fire an effort well over the bar.

The game went from end to end as Dixon had a strike blocked and Robson sent a dangerous cross into the mixer, while at the other end, McGinty powered a free header from a corner over the bar.

The hosts took the lead on 60 minutes. It was a somewhat scrappy goal as a low ball bounced across the box, before being controlled by Blair Spittal and scuffed into the bottom corner past David Mitchell.

Ray McKinnon changed things immediately as Abdul Osman and Lewis Kidd were replaced by Paul Paton and Davis Keillor-Dunn. Falkirk immediately sprung to life as Robson delivered a terrific cross that was controlled by Waddington, but neither he or Zak Rudden could get a clean shot on goal as Thistle cleared.

With 72 minutes on the clock, the hosts were reduced to ten men. Gary Harkins gave away another needless foul in the middle of the park leaving the referee with the no choice but to show the experienced playmaker a second yellow card.

Just minutes later, the Bairns were level. MacLean’s cross into the box was headed towards goal by Mark Waddington, his powerful effort was denied by Hazard in the Thistle goal, but there was no stopping the follow-up as Zak Rudden headed home the rebound.

Ray McKinnon urged his men forward in the closing stages in search of a winner. The pressure was relentless with Keillor Dunn in particular looking lively, but in the end a point had to be settled for as the Jags held on.