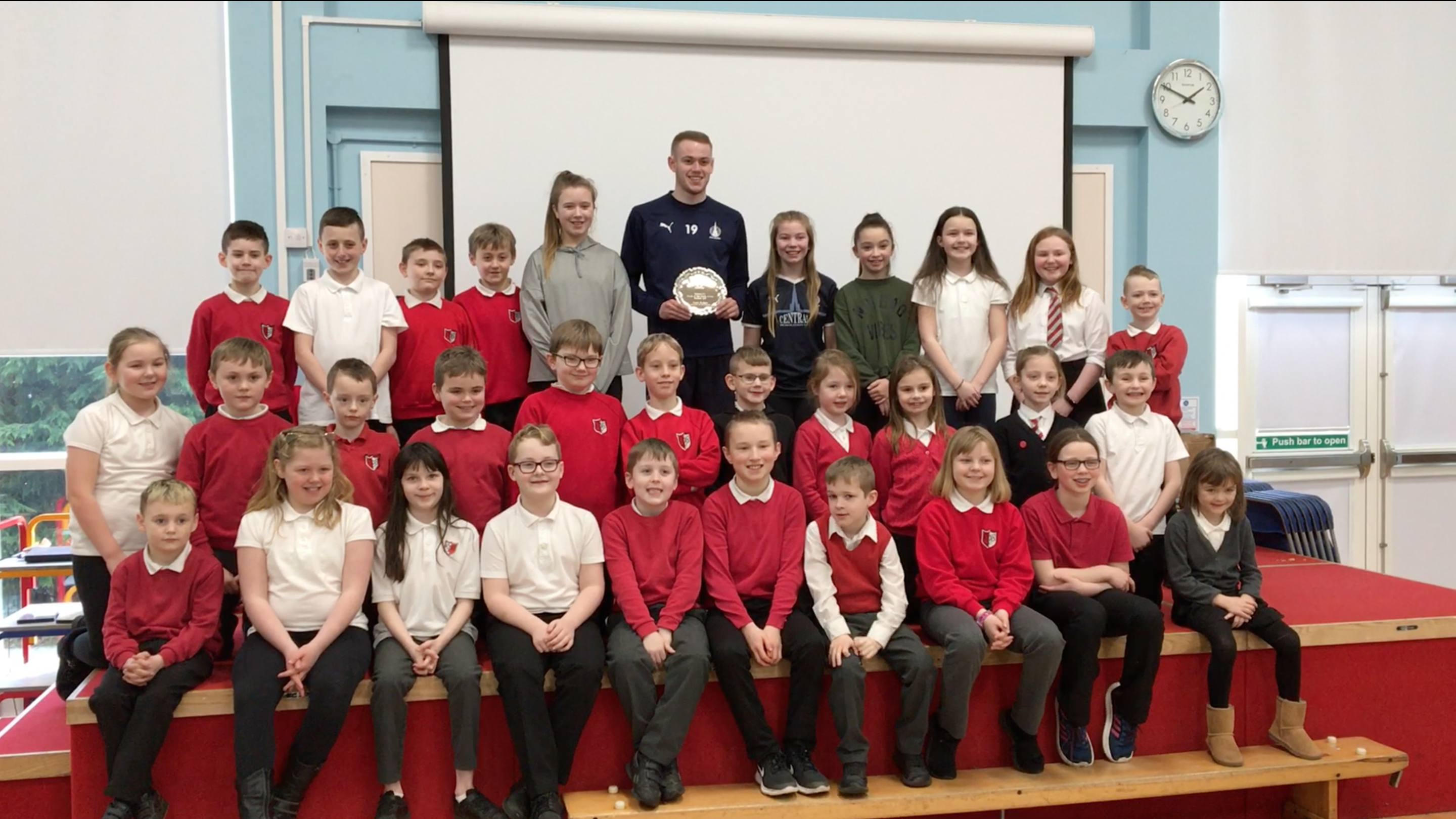 Congratulations to Zak Rudden on being named our Top Class Recruitment Player of the Month for December!

Zak receives his award after a terrific run of games across the month; scoring twice against Inverness to secure a vital win in the Highlands and putting in top performances to help the team win points against Morton and Alloa. This news comes only a few weeks after the Rangers-loanee completed a deal to remain with Ray McKinnon’s squad for the remainder of the season.

He was given the award at Carron Primary School, where he was giving out tickets as part of our Tickets for Schools Initiative in association with Grangemouth Wood Centre. The pupils will join hundreds of other young Bairns as we continue to urge the entire Falkirk community to get behind the team and back the #Rayvolution.

The club would like to thank Russell and his team for their sponsorship of the award throughout the season. We would also like to thank JF Colley, who supply the trophies awarded to the winning players.