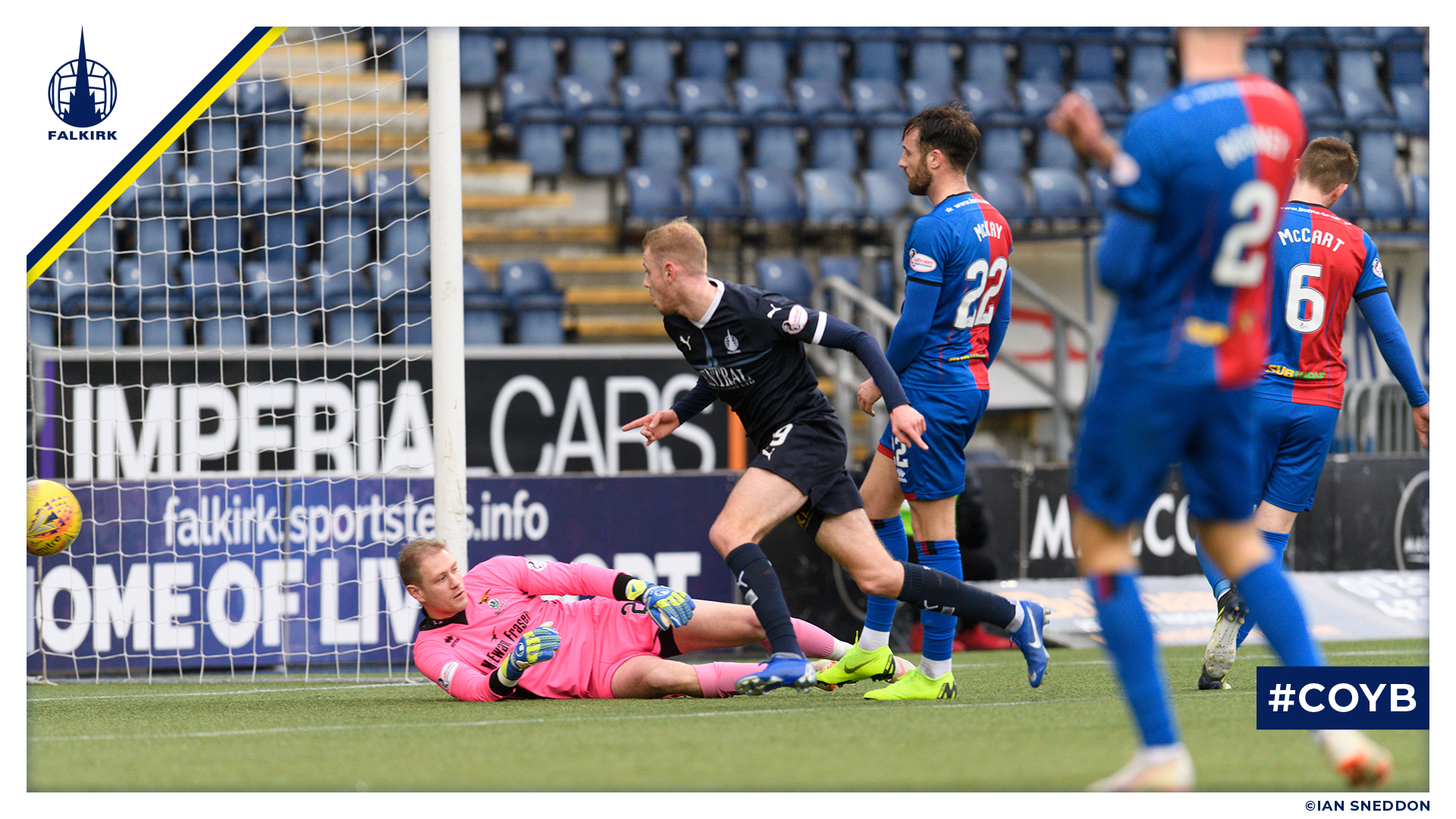 It was a draw for Falkirk in their first home game of 2019.

The Falkirk team named by Ray McKinnon featured seven home debuts, it showed somewhat as they took the first ten minutes or so to click in to gear. Harry Burgoyne was forced into his first save in a Falkirk kit after only two minutes. Nathan Austin ran through on goal and the on-loan Wolves keeper made a solid save with his feet.

Inverness took the lead after 13 minutes. The Falkirk defence failed to pick up Shaun Rooney at a free kick and he slotted past Burgoyne to put the visitors in the lead.

After going behind The Bairns took control of the game as they searched for an equaliser, and they were rewarded after 29 minutes. Mark Waddington broke through the Caley defence before slipping in Zak Rudden, who finished well to net his third goal in three games this year.

The first half came to a close with chances for both sides as the ball broke form end to end. A scramble in the Falkirk box was frantically beaten clear and Zak Rudden was again slipped in by Waddington and had his two efforts blocked in the box, but it was Caley that had the breakthrough late in the half. A set piece was cleared out to the edge of the box where it found Aaron Doran, who blasted into the top corner to restore the Highlander’s lead.

The second half started slowly, with neither side creating much, until Ian McShane lit up the game with a moment of magic. A hopeful cross from deep lead to a Falkirk corner, which McShane stood up to take and curled into the top corner.

After this the game sprung back into life, with Falkirk looking better on the ball but Inverness creating plenty on the break. Inverness were adamant they deserved a penalty after the ball struck a Falkirk arm, but the referee waved play on.

Falkirk had two very late chances to take the lead. First, several players had shots from inside the box as it ricocheted around the Inverness box, and then a glorious chance for Zak Rudden, who was played through on goal but uncharacteristically placed his shot over the bar. Next, Tommy Robson burst down the left side before cutting back to Ciaran McKenna whose effort was blocked.

Falkirk pushed it right till the end searching for the three points, but were unable to replicate their late winner at the end of the reverse fixture, and both teams collected a point after a very open and attacking game.