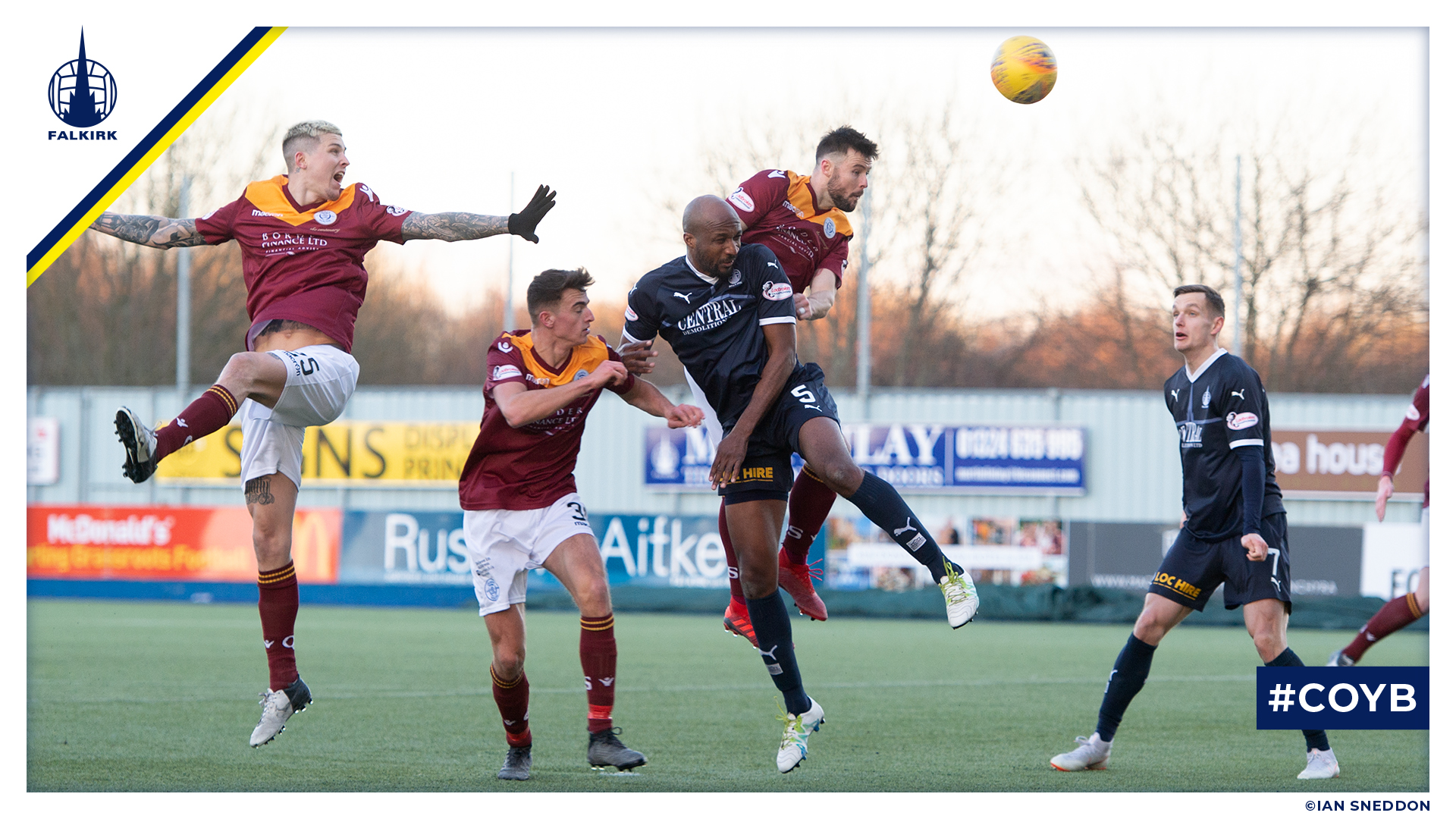 The Bairns continued their unbeaten start to 2019 with a fine 3-0 win over Queen of the South thanks to goals from Davis Keillor-Dunn, William Edjenguele and Deimantas Petravicius.

Ray McKinnon named a new look XI and shape as the game got off to a quick start with Queens having a good chance just a couple of minutes in. Stephen Dobbie found himself in space outside the box and took a shot, which was well parried by Harry Burgoyne in the Falkirk net. Falkirk replied with a chance of their own, as a drive by Petravicius was only just deflected away from the waiting Zak Rudden, and then opened the scoring after seven minutes. A deep cross into the box was met by the head of Davis Keillor Dunn, and he made no mistake as he placed his header past Alan Martin.

The game assumed a more normal pattern after the goal, with Falkirk working hard to keep the lead, while also having control of the game for large portions. Deimantas Petravicius hit a brilliant cross across the face of goal that flashed inches in front of Rudden in the best chance of the rest of the half. Queens failed to capitalise on a few defensive mistakes by The Bairns and were mostly reduced to long range efforts, with Fraser Aird firing over twice and Stephen Dobbie hitting a free kick from distance into the wall.

The Bairns opened the second half with a big chance. Zak Rudden latched onto a long ball and managed to round the keeper, but Martin did well to get back and block his effort. Falkirk doubled the lead after 64 minutes. Ian McShane whipped a free kick into the box and William Edjeguele nodded home to net on his debut for the club.

Davis Keillor Dunn was sent off for two bookings in less than two minutes with 72 minutes gone. The first was for kicking the ball away after a foul was given away on the halfway line, and the second for tripping Andy Stirling as he raced towards the Falkirk back four.

Queens took control of the game after this and started putting the pressure on with a series of corners, but it was Falkirk who managed to snatch a third. Jordan McGhee did terrifically well as he ran down the wing, before cutting inside and slipping in Deimantas Petravicius, who made no mistake as he span past the static Queens defence and slotted home.

The away side had a few more chances as the game finished, including a close range effort for Dobbie that was saved superbly by Harry Burgoyne, but Falkirk saw the game out for a first home win of the league season and to secure a fourth game unbeaten in 2019.