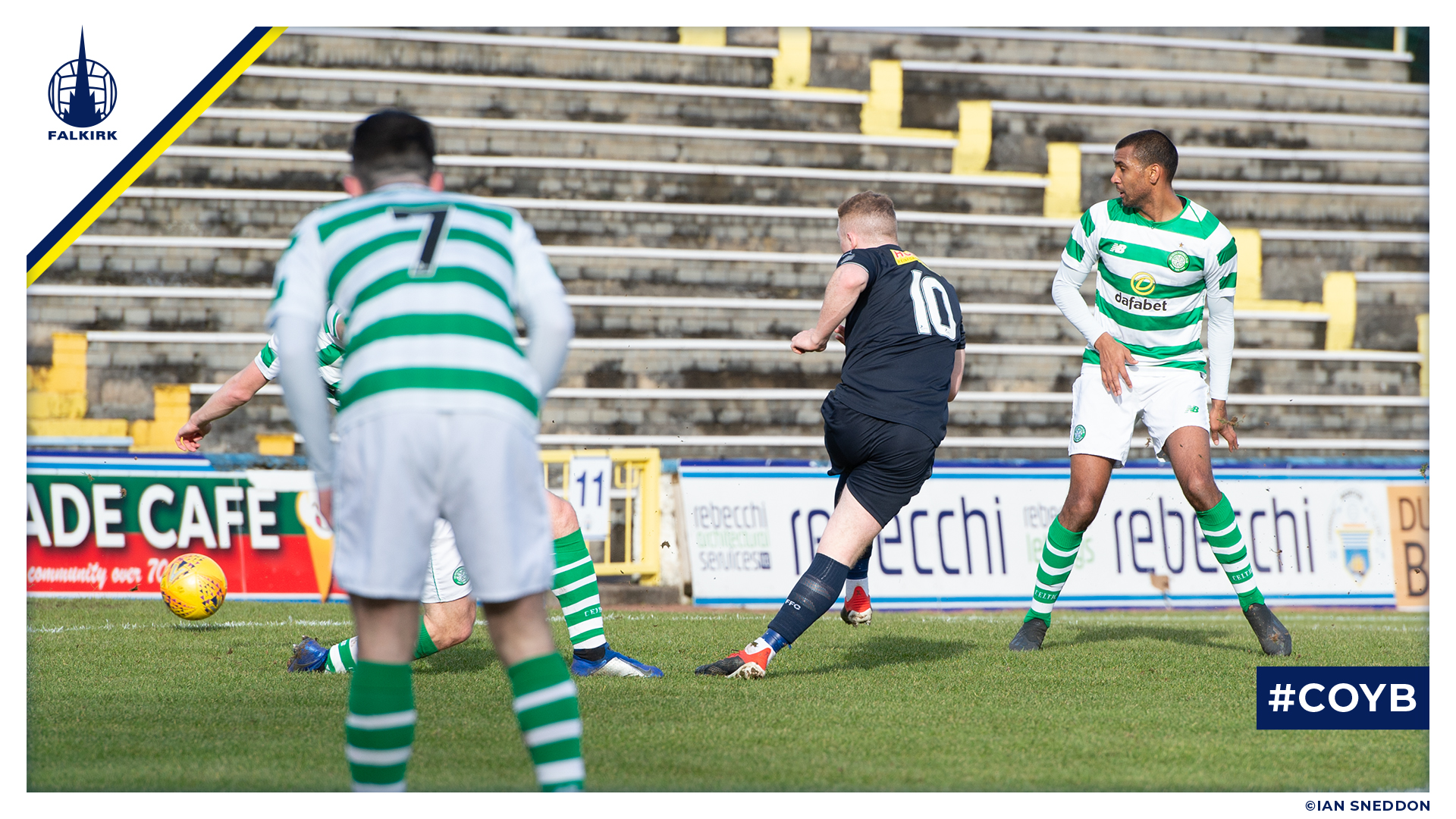 The Bairns were on the end of a heavy defeat at Cappielow Park as Celtic ran out 4-1 victors in the SPFL Reserve League.

Shayne Lavery fired the Bairns in front after 20 minutes as he neatly controlled and finished a good cross from Kevin O’Hara who was operating on the left wing for this match. Nikolay Todorov also went close for Graeme McArthur’s side with his corner stopped on the line by Doris De Vries.

The introduction of Jack Aitchison on 24 minutes following an injury to Wallace Duffy turned the tide of the game somewhat. The substitute pulled the Hoops level on 44 minutes as he picked up a loose ball on the edge of the box and fired past Fasan in the Falkirk goal. The Italian stopper had a busy end to the first half, but pulled off some impressive saves to deny Armstrong Oko-Flex and Vakoun Bayo.

Celtic came out motoring at the start of the second half, but it was Falkirk that were first to threaten as Kevin O’Hara sent an acrobatic effort inches wide of the target. Celtic advanced up to the Wee Dublin End of Cappielow and immediately won a corner which was taken short to the in-rushing Oko-Flex. The 16-year old advanced inside and curled an impressive strike into the far corner to make it 2-1.

O’Hara again went close as De Vries tipped over a stunning, dipping strike from 30 yards which looked destined for the top corner. Celtic were ruthless by this stage though and punished the Bairns just a minute later. The Falkirk defence were caught on the ball at the edge of the box with Aitchison firing low into the bottom right hand corner to double the advantage.

A fourth and final goal came for the Hoops with 70 minutes on the clock as Aitchison was fouled in the box. The referee pointed to the spot with Oko-Flex stepping up to secure his second and Celtic’s fourth of the match.