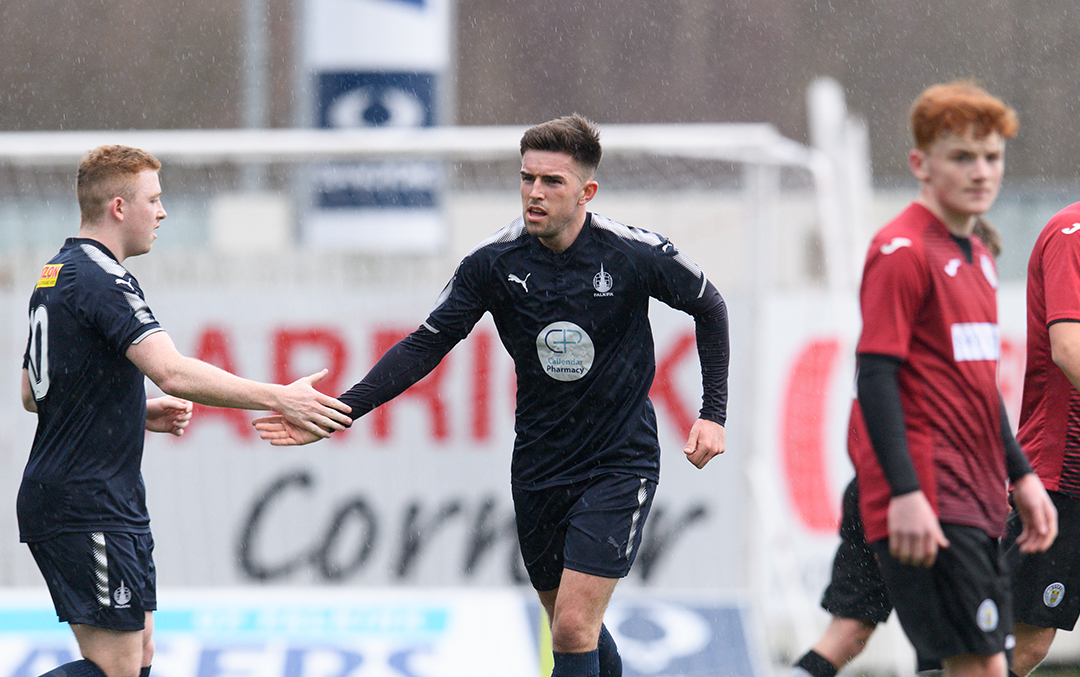 The Bairns secured all three points in a fiercely contested SPFL Reserve League clash at The Falkirk Stadium.

Graeme McArthur’s men took the lead on 23 minutes as Tommy Robson advanced forward from left back before delivering a great cross into the box which Kevin O’Hara drilled home from 10 yards.

Falkirk had further chances to extend their lead, but it was the Saints who pulled level two minutes before half time as Jay Henderson curled home a terrific freekick from 22 yards.

The Bairns came out strongly at the start of the second half and it took just 10 minutes for the home side to re-gain the advantage. Lewis Kidd whipped in a corner which dropped to Patrick Brough to force home from close range.

It took the Saints just a matter of seconds to pull level though as a well worked short corner picked out Sam Jamieson 12 yards from goal who slotted home into the far side of Leo Fasan’s net.

Within three minutes the Bairns secured a third and final goal of the match. Shayne Lavery broke forward into the box, his first effort was saved but there was no denying Nikolay Todorov’s follow up as he swept home to win all three points.