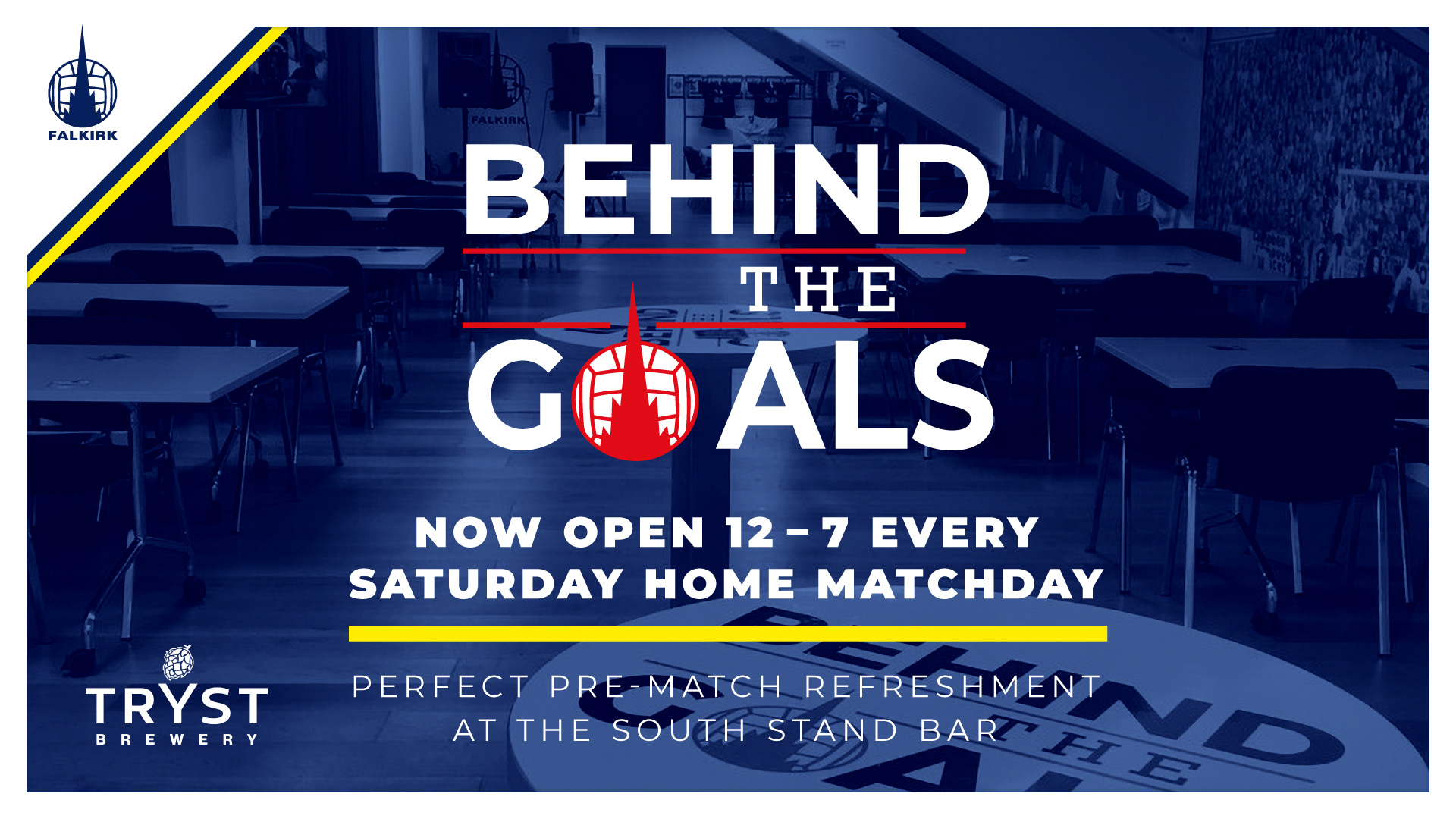 From this Saturday onwards our South Stand Fans Bar will now be open until 7:00pm!

Behind the Goals has become an integral part of the matchday experience for many Falkirk fans, and we can now offer a later closing time for the bar, which will now be open until seven o’clock on matchdays.

This later closing time will operate for all Saturday games for the rest of the season, meaning the bar will be open from 12 noon until kick off, and from the final whistle until 7:00pm. Join your fellow Falkirk fans and head along, all proceeds made from the bar go straight back into the club, so while you’re enjoying yourself you are also supporting your club!

On Saturday we will be showing the early Premier League kick-off, Burnley against Tottenham Hotspur, letting you enjoy a drink only metres from your seat. After the game join us back in the bar for the big Six Nations title influencer, Wales against England.

As a special gift to celebrate the later opening hours we will also be giving out free slices of pizza in the bar after the game thanks to our partners at Papa Johns!