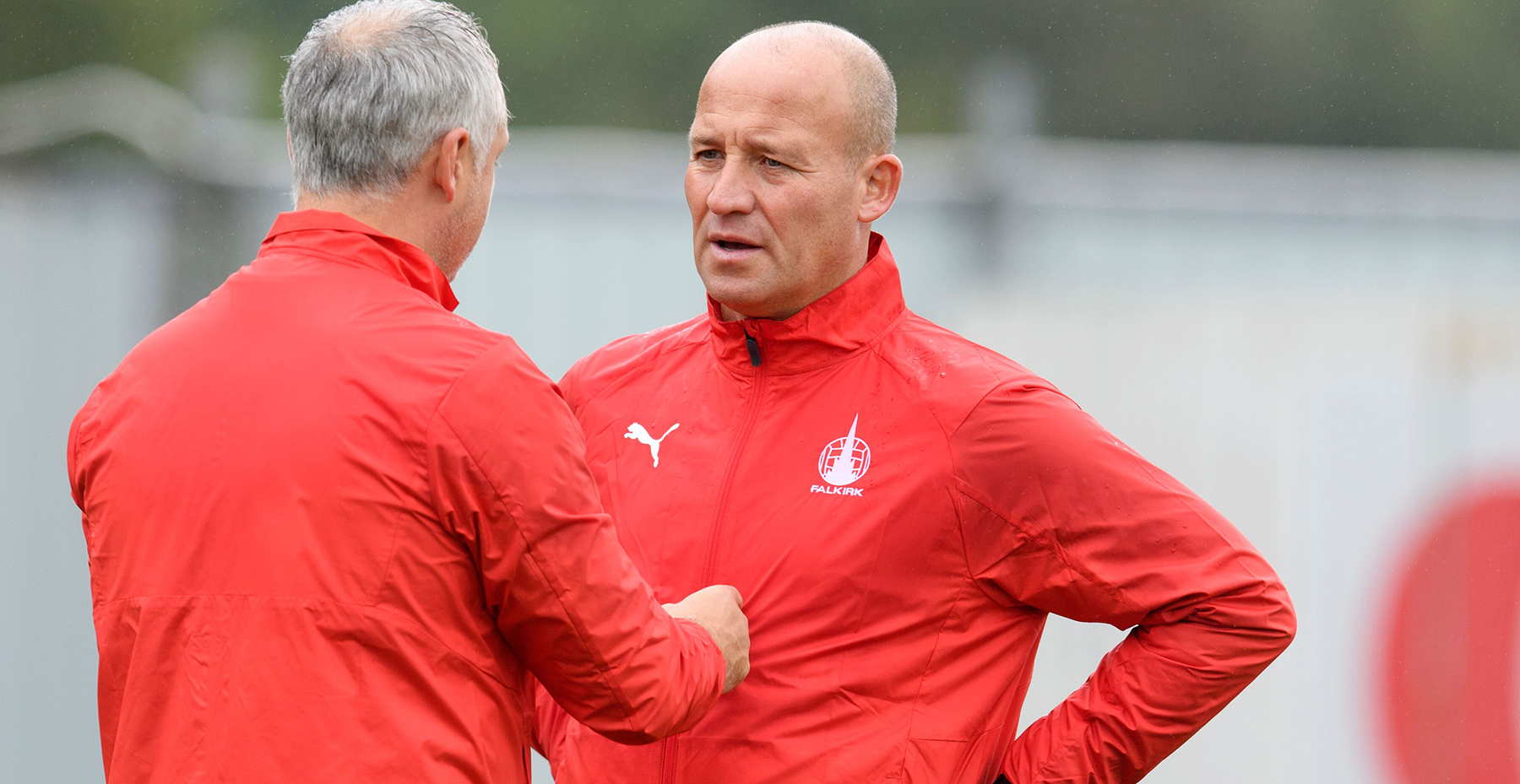 With Falkirk boss, Ray McKinnon still recovering from an eye infection it was Bairns assistant, Darren Taylor who stepped in to cover this week’s media duties. And ahead of tomorrow’s visit of his former club, Dundee United, the number two insists his side are ready to go toe to toe with the Terrors.

“We’re unbeaten in 2019, we aim to remain that way. Dundee United are a good side, they were strong before the window and they have strengthened since. We’re happy to playing them at Falkirk on Saturday and we’ll go toe to toe with them.”

In his role as Head of Football Operations at United, Taylor was an instrumental in a signing a number of players who still remain with the Tannadice side since his time there. Even with a number of January changes, Taylor remains confident that they know what to expect from Robbie Neilson’s men.

“We knew the squad up there pretty well before, but we also know quite a lot of the players who have been brought in. They’re a big, strong, powerful outfit, they’ve obviously seen an avenue where they can strengthen. We know a lot about Dundee United, there’ll be no real surprises there. We had them watched last Saturday and we’ve watched a lot of videos on them too.”

With Ross County in Irn Bru Cup action last weekend the Bairns had the opportunity of a free weekend and it was one that was very much welcome in the opinion of Taylor.

“It was a good opportunity to rest a few guys. It has been a hectic period, I think I touched on that after the Alloa game. We had a tough week training wise, but it was good to give the guys a bit of time off. It’s good for everyone, the players from down south got the chance to go home, but also the local guys haven’t really stopped right through from before Christmas and New Year so it was nice to allow them the chance to go away and spend some time with their families.”

Ray McKinnon is continuing to fight off an eye infection that saw his keep his distance in the 2-1 victory over Alloa Athletic two weeks ago. The same thing may well happen again tomorrow afternoon, but after taking a few days off to try and get rid of the virus, McKinnon’s presence will be as strong as ever around the dressing room as he looks for his side to secure another three points.

“Ray has never really been away. He did take a couple of days off towards the end of last week, but everything was organized well in advance. The fact there wasn’t a game helped, in a perverse way it was the best time for him to get such an illness because if we had been building up to a match then that would really have annoyed him. He was highly contagious so it was better that he stayed away, but was always here in spirit!

“He’s been at training all week, everything will be planned as normal for Saturday and he’ll be in the dugout as usual.”

The Bairns have been on a real upward trajectory since the turn of the year with a number of positive results including victories over Ayr, Alloa and Queen of the South. Many have commented on the tightness of the current league table as the gap continues to narrow from top to bottom and it’s a view shared by the Falkirk assistant who is pleased to see his side pull teams above closer into the pack.

“I like to think that we are moving up the table, said Taylor.

“I was at the Alloa – Partick Thistle game last weekend and obviously the ideal would have been a draw to keep us in 8th but I still believe all the movement is coming from below up the way. The league is getting tighter and tighter and it’s far more congested, looking at things we’re six points off 6th and I am sure if we can get a couple of wins together we’ll move upwards in the right direction.”

Falkirk fans can expect to get their first glimpse of new striker Aaron Jarvis in some form tomorrow. The Luton town loanee joined up with his teammates at the end of last week and looks set to be at least in the squad for tomorrow’s match.

“Aaron joined us Thursday of last week and that was probably on schedule because he had a bit of a groin problem, he’s been training down at Luton, he had been out doing all the work required with his physios which allowed him to be handed over to us fit and ready to play.

“He’s trained with the boys since he came up, we played a bounce game last Friday and he got 45 minutes in the Reserves on Monday so it’s all pointing in the right direction.

The addition of Jarvis only adds to the competition in the Falkirk frontline, but that’s something that’s much needed with Taylor hoping to continue to see others chipping in with goals alongside fellow frontman, Zak Rudden.

“We’ve brought in Jarvis, we’ve got Todorov, Lavery, Deimantas, Davis and Ross MacLean who can all play in forward positions alongside Zak Rudden. We need that though, it’s a squad game, we’re not going to have players battering on for 90 minutes every game. We need to bring on equal quality in games, it is an opportunity for players to nail down positions though. You look at the goals Zak has scored, but we have shook it up in 2019 and we’re not selective in who we pick. As long as we keep winning, we’re happy.”