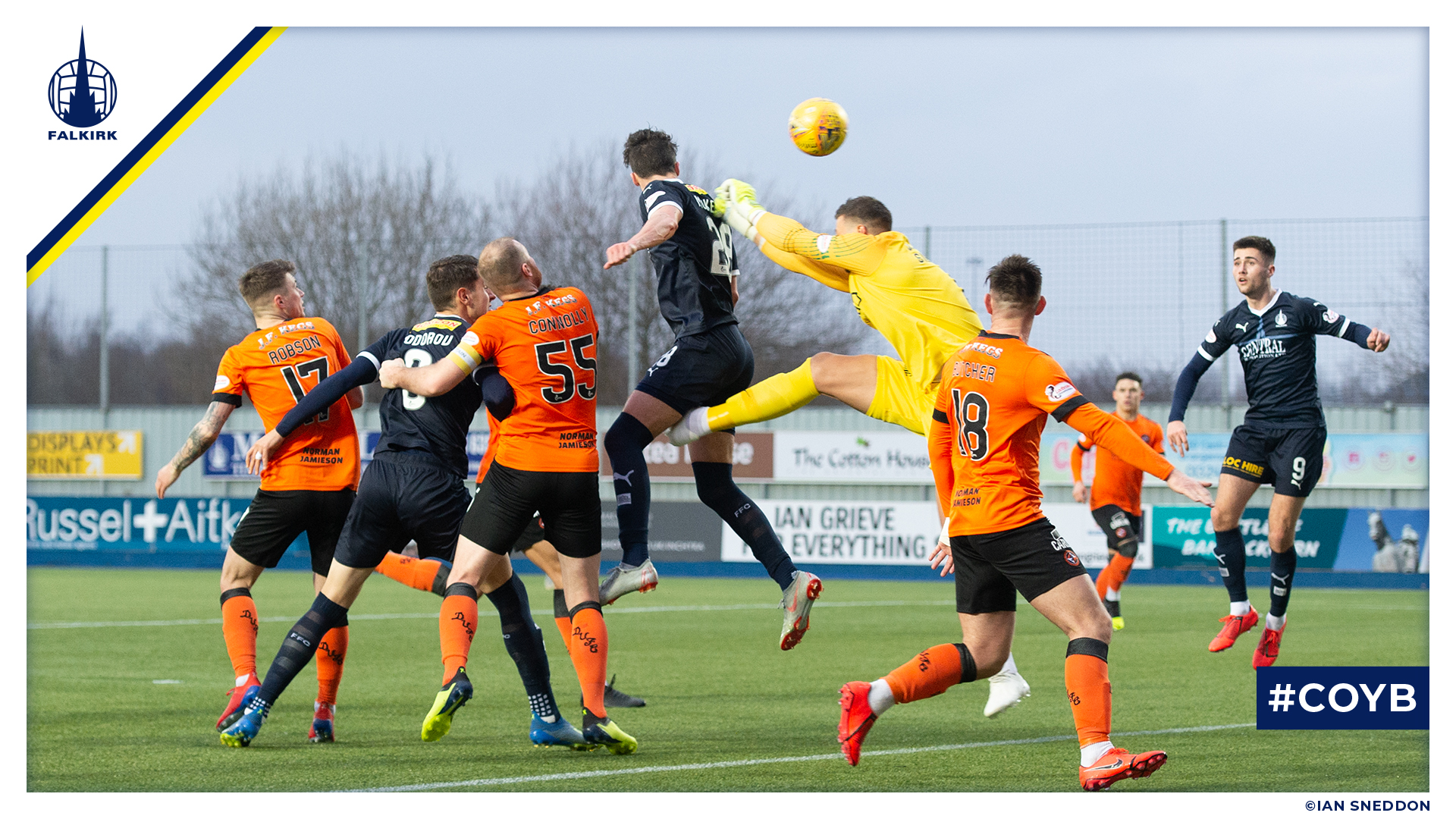 It took a late goal from Ciaran McKenna to extend Falkirk’s unbeaten run in 2019.

The visitors started the game at a rapid pace and were rewarded by several very good chances. A United corner was headed into the bar and the rebound was blasted well over, before Tommy Robson had to make two terrific tackles to stop United going in on goal after a slip from McKenna.

Falkirk managed to get in behind several times in the first half, with Waddington and Rudden a constant danger as they tried to combine several times across the half. However, United’s danger from balls into the box continued throughout the game, and they had several more almost amount to goals in the first half. Nicky Clark slid in at the back post but couldn’t convert after a free kick was nodded down to him and a dangerous ball was slid across the Falkirk box in their best chances of the half.

Falkirk had their most dangerous spell just before the break, almost taking the lead through Ian McShane’s free kick that had to be tipped over, but it was The Arabs that made the breakthrough early in the second. Jamie Robson’s ball across the box was tapped home by Cameron Smith to give his team the lead.

Falkirk desperately tried to get back into the game, with Ray McKinnon making all three substitutions as he attempted to shift his team forward, but United defended resolutely and even had good chances as they looked to secure the points. A Ciaran McKenna header into the arms of the United goalkeeper was a prelude of what was to come, as The Bairns desperately searched for an equaliser, and they found it in the 84th minute. Ian McShane again found McKenna, this time from a free kick, and the big centre half made no mistake this time as he nodded past Siegrist.

Both teams had chances to seal the victory late on, with Petravicius going close for Falkirk and Dundee United having a penalty appeal waved away by the referee, but it ended a goal and a point apiece as The Bairns unbeaten run extends into March.