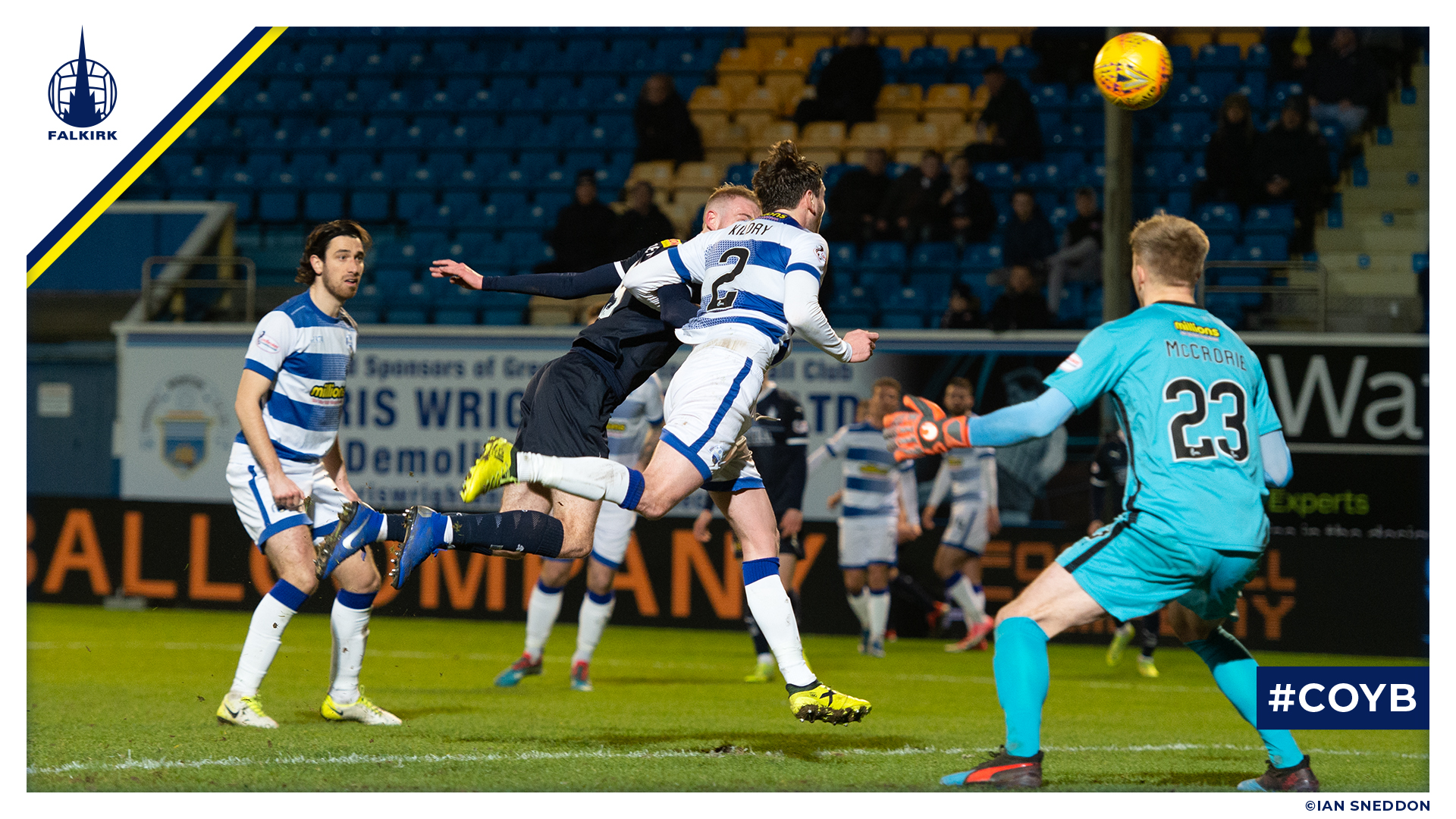 Falkirk and Greenock Morton played out a 1-1 draw in the first live Championship match shown on BBC Scotland.

The Bairns made a strong start to the match as Jordan McGhee headed a corner wide of target, before a sweeping move down the right saw the ball eventually worked back to Ian McShane on the edge of the box who fired a low strike into the arms of McCrorie.

In a first half largely dominated by the Navy Blue it was Morton who took the lead. Greg Keltie found a pocket of space to turn and drive at the Falkirk defence, before lashing a low effort into the right hand corner of Harry Burgoyne’s net.

With 40 minutes on the clock the Bairns deservedly pulled level. A quick throw in on the left allowed Paul Dixon to swing in a right footed cross to the danger area. Zak Rudden made a terrific darting run across Lee Kilday to the near post, before bulleting a header past McCrorie and into the net.

The home side came out strongly at the start of the second half and enjoyed a prolonged period of possession. The game was turned on its head though just shy of the hour mark as Paul Dixon was adjudged to have fouled Greg Kiltie 20 yards from goal and was shown his second yellow card. It looked harsh at the time and replays seemed to back that view up with the experienced full back unlucky to have been given his marching orders.

The final period of the match was, as expected, dominated by the hosts, but Falkirk put in a terrific defensive display as they nullified any threat leaving Harry Burgoyne with very little to do in the Falkirk goal. It looked like substitute, Aaron Jarvis might have the chance to produce an unlikely winner as Deimantas Petravicius whipped a terrific cross into the box, but it was taken off the head of the striker as both sides had to settle for a point.