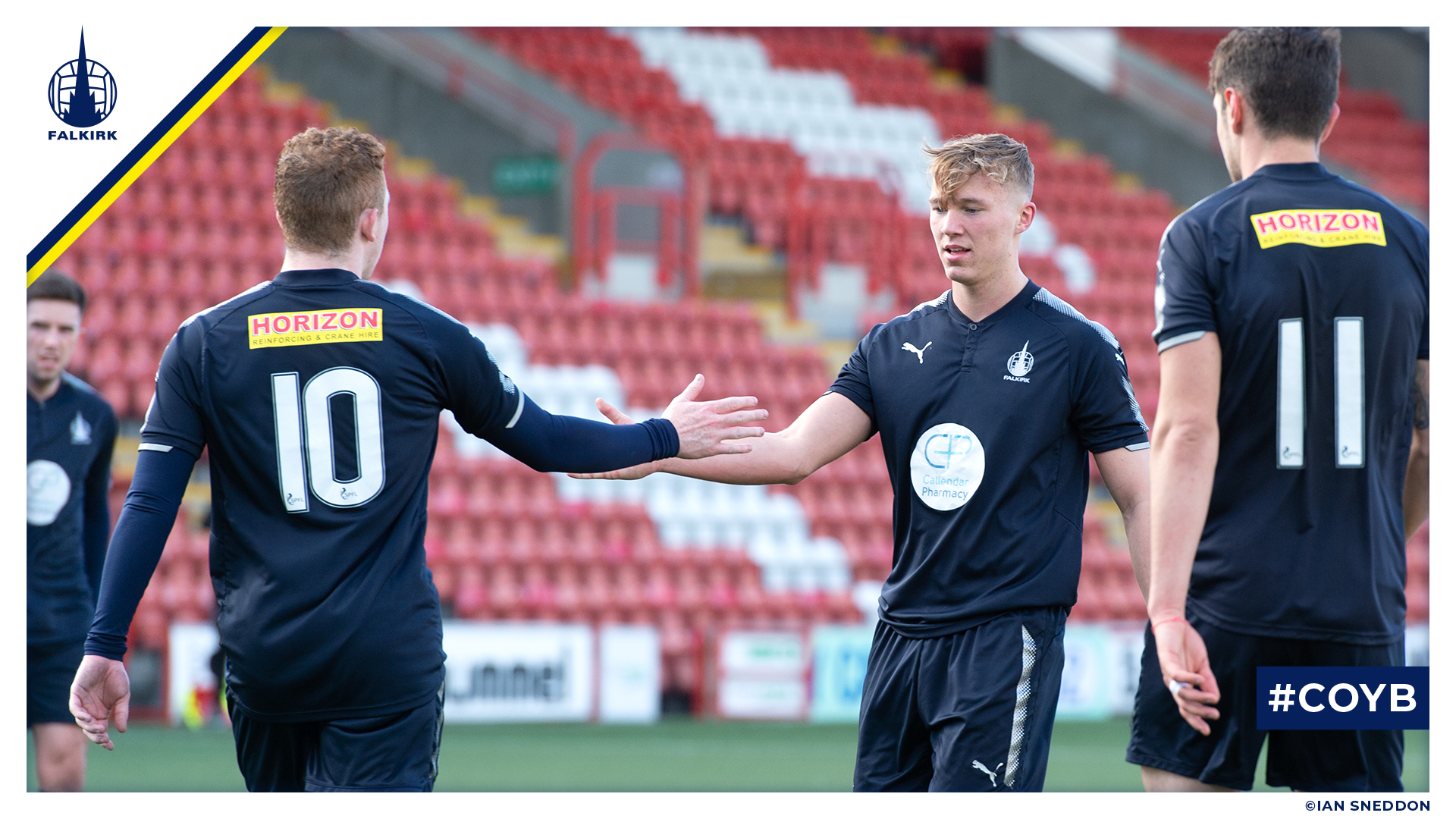 Strikes from Cieran Dunne, Lewis Kidd and a double from Shayne Lavery secured a 4-2 victory for the Bairns over Motherwell in the SPFL Reserve League.

Falkirk were the dominant side for large spells of the match, but a goal against the run of play gave the hosts the lead with just over 20 minutes on the clock. Elliot Frear picked the ball up 18 yards from goal and drilled a low strike into the bottom corner.

It took the Bairns just minutes to pull level though as Everton loanee, Shayne Lavery was played through on goal before forcing a low effort past Rohan Ferguson.

The game was turned on its head shortly after as the Navy Blue took the lead. Cieran Dunne burst past two Motherwell defenders and, with the ball sitting up nicely, he rocketed a powerful drive high into the roof of the net from a tight angle.

Falkirk had further chances to extend the advantage, before a flurry of late have pressure from the Well put Leo Fasan and his defence under pressure. The experience of Brough, Waddington, Kidd and Robson shone through though as they limited the hosts to very little in front of goal.

Tommy Robson and Aaron Jarvis were replaced at the break as Graeme McArthur used two pre-planned substitutions to introduce Scott Reekie and debutant Soulemayne Diakite into the action.

Falkirk remained composed through the second 45 and added a third with a well worked move. Mark Waddington played a one-two on the right before driving into space and squaring the ball to Dunne. He beat his man before slipping the ball wide to the overlapping Lewis Kidd who curled an effort into the net to give the Bairns a two goal advantage.

Motherwell looked set to create a grandstand finish on 87 minutes as Reece McAlear headed home a corner to reduce the deficit to one, but Shayne Lavery had other ideas as he went on a terrific, solo mazy run to break into the Motherwell box, before eventually being brought down by Ferguson to win a penalty. The striker wrapped up the victory as he hammered a strike into the back of the net after the referee ordered his first effort to be re-taken.

That’s three straight SPFL Reserve League victories for the Bairns who move up to 7th in the 18 team table.