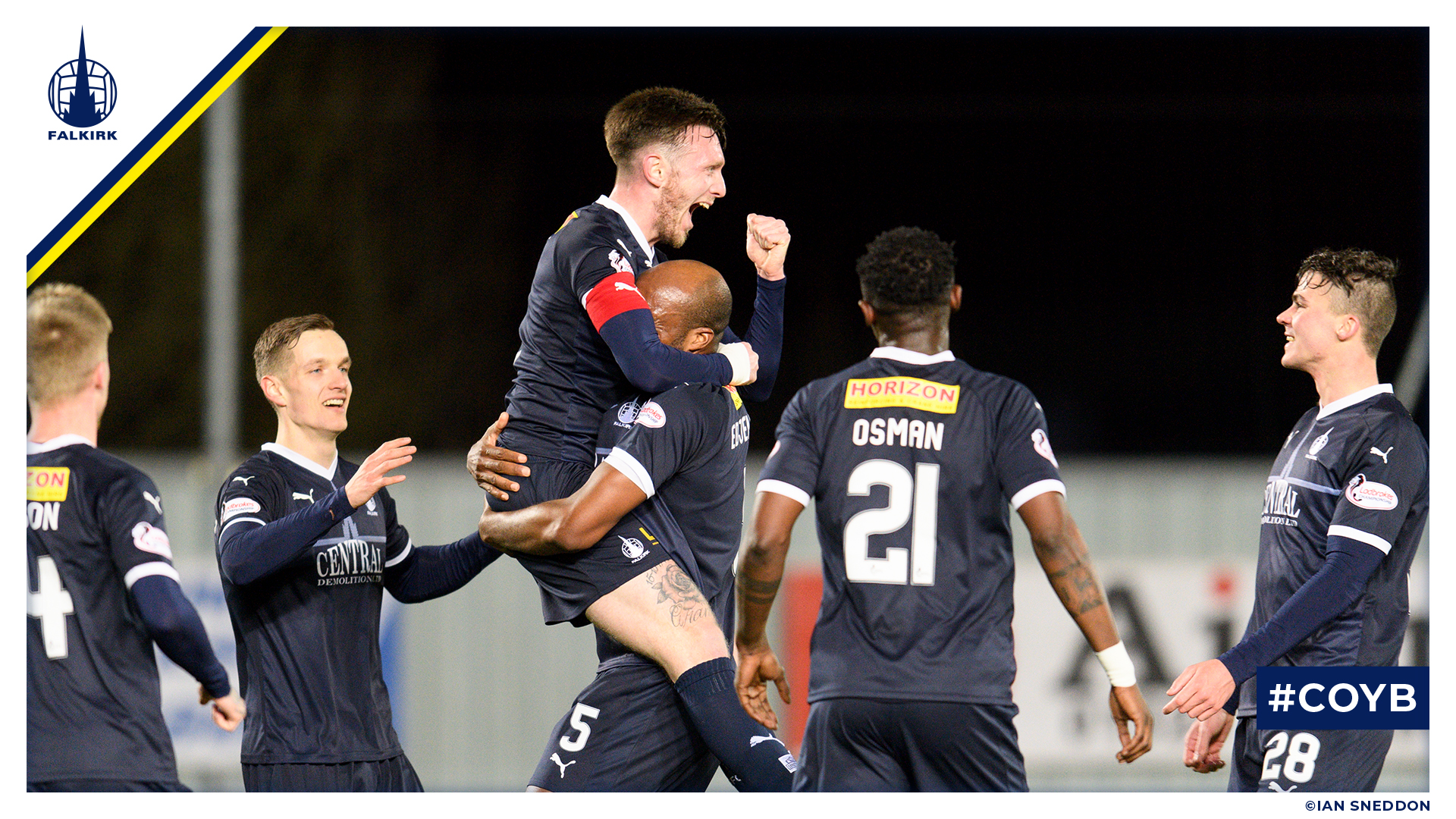 Falkirk extended their unbeaten start to 2019 after beating Ayr United 2-0 in an impressive display for their first televised home game of the season.

The Bairns started the stronger of the two teams, threatening on a number of occasions in the first 15 minutes.

Rudden looked lively making some penetrating runs and Davis Keillor-Dunn pulled all the strings in midfield but couldn’t find the killer ball.

It took the visitors until the 22 minute mark to trouble Falkirk goalkeeper Harry Burgoyne when Calvin Miller cut in from the right hand side and hit a curling shot at goal from 20 yards out, forcing Burgoyne to tip the ball over the bar.

The breakthrough came in the 27th minute when captain Jordan McGhee’s attempted cross to Zak Rudden caught out Ayr United goalkeeper Ross Doolan and sailed into the top right corner.

The Navy Blues looked to gain confidence after taking the lead and continued to work their way up through the gears. Davis Keillor Dunn was pulling all the strings in midfield and finding a lot of space to make things happen.

McGhee doubled his and Falkirk’s tally five minutes before the break with a sweetly hit half volley from just outside the box after a Tommy Robson cross caused some problems.

Ayr United started to grow into the game a bit more after the hour mark. Lawrence Shankland and Liam Smith started to make things happen in the box for Ayr but Harry Burgoyne was on fine form to deny the handful of chances that fell to the visitors, making some big saves to deny Shankland on a couple of occasions, keeping his team in the game.

Despite Shankland getting a few chances in Falkirk’s box, the home team defended resolutely. William Edjenguele and Ciaran McKenna hardly put a foot wrong, shutting out the opposition and dominating in the air. The rest of the team showed some intense pressing, tirelessly chasing down the ball and forcing several errors from the visiting side.

The Bairns now look ahead to a visit to top of the table Ross County on Tuesday confident of keeping their unbeaten streak going.