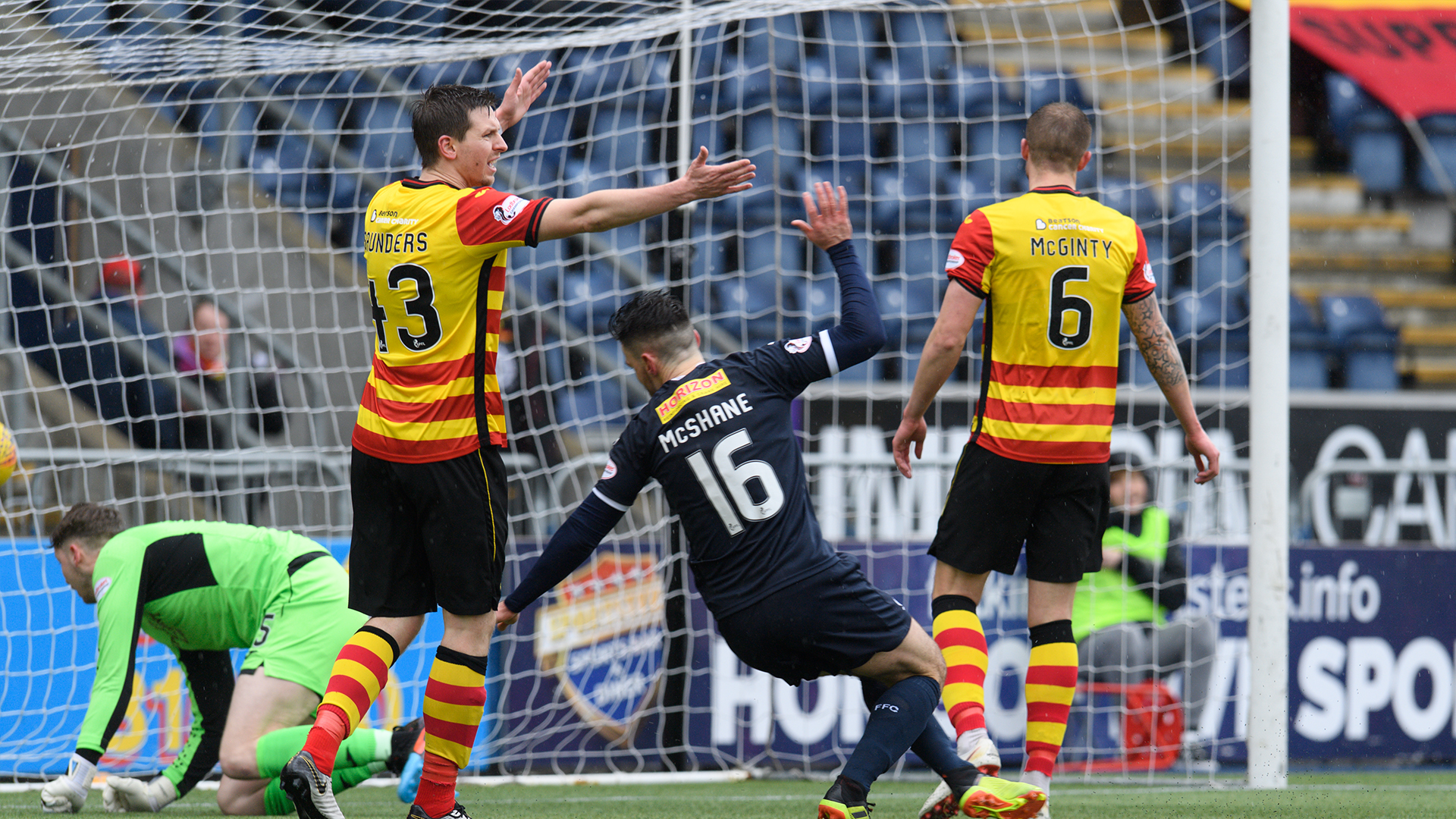 It was a real battle in difficult conditions, but it is ‘as you were’ at the bottom of the Ladbrokes Championship after Falkirk and Partick Thistle played out a 1-1 draw.

The visitors started the brighter and took the lead after just ten minutes as Scott McDonald swept home a low cross from the right.

Gary Caldwell’s men had further chances to punish the Bairns, before they sprung into life with ten minutes until the interval to peg the Jags back.

With four minutes until half time, Ian McShane pulled Falkirk level. Deimantas Petravicius burst down the left, before cutting back for the midfielder to knock home.

The Bairns then had another opportunity to take the lead before the break as Petravicius again got the better of his man before clipping a ball to the back post that Paul Paton headed just wide.

Falkirk came out the stronger at the start of the second half. A fine move saw Petravicus tee up Ian McShane who hammered a drive off the upright. Scott McDonald then had a good chance for the Jags as he headed wide at the back post.

The closing stages of the match were somewhat towsy as both sides struggled to get a grip of the match. It was very much end to end, but a lack of finesse was on show.

Falkirk did have one final opportunity to secure three points as Jordan McGhee whipped in a dangerous cross that Aaron Jarvis was inches away from forcing home.

A point, but both sides will feel they could have had three.