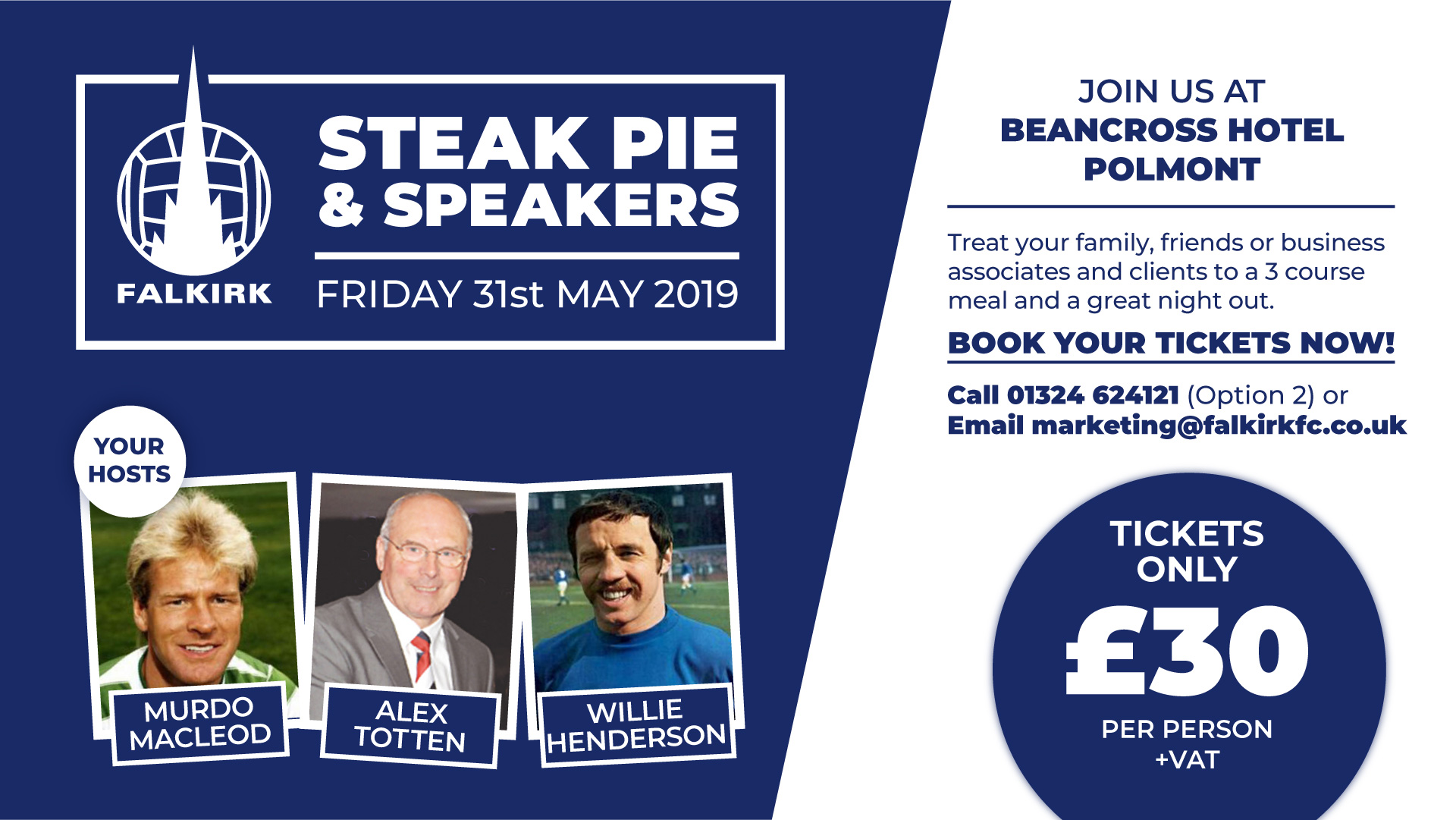 One of the most popular events in the Falkirk Football Club calendar is returning on Friday the 31st of May. Join us for our Steak Pie and Speakers Night, for a fantastic night of food and banter.

This evening will be held at the Millennium Suite at the Beancross Hotel in Polmont. The dress code for this evening is smart casual.

Whether you are a business looking to attend with clients or a group of friends organising a great night out, this exciting event is for you. After the huge success of last year’s event we expect tables to fill quickly, so book now and don’t miss out.

This year our speakers are Murdo MacLeod, Willie Henderson and Alex Totten.

Murdo MacLeod is a former professional football player and manager. Murdo made 20 appearances for Scotland and played in the 1990 World Cup Finals. He had a successful club career, mainly with Dumbarton, Celtic, Borussia Dortmund and Hibernian. He then became a manager during the mid-1990s, serving both Dumbarton, Partick Thistle and as assistant manager at Celtic. Since leaving football Murdo has worked as a football pundit for newspapers, radio and television.

Willie Henderson most of his career for Rangers, and spent the latter part of his career with Sheffield Wednesday, in Hong Kong with Hong Kong Rangers and with Airdrieonians. He played as a winger. He also featured at international level for Scotland.

Alex Totten is a Falkirk legend, playing for the club as well as managing The Bairns on two separate occasions, taking the club to the Scottish Cup final in 1997. He has also played and managed at various clubs across the country, from Queen of the South to Kilmarnock, in a career spanning nearly 40 years.

Tickets for this evening to remember are on sale now for only £30 per person plus VAT. For more information or to book your place please email marketing@falkirkfc.co.uk or call 01324 624121

We look forward to seeing you on the night!