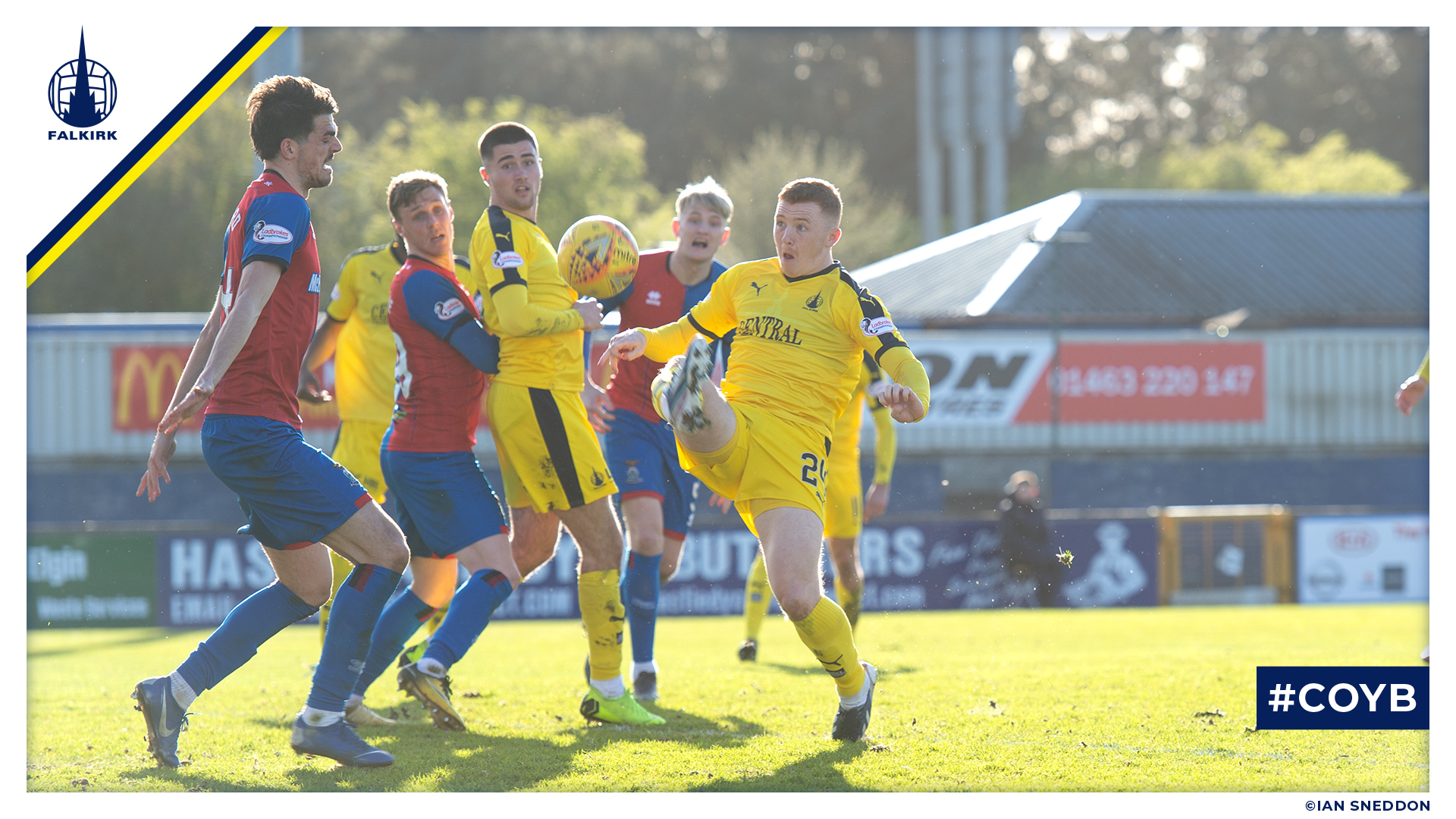 It was another battling point for the Bairns as both sides overcame challenging conditions in the Highlands to secure a clean sheet.

Ray McKinnon named an unchanged starting XI from the side that drew with Partick Thistle at the Falkirk Stadium two weekends ago. Shayne Lavery returned to the bench and he was joined by Kevin O’Hara who has put in some impressive Reserve League performances of late.

The Bairns were going against the wind in the first half, but the hosts were unable to seize any sort of real advantage in the early stages. Falkirk would have been pleased with their start to the match having limited the hosts while also looking extremely dangerous on the break. The only criticism of Ray McKinnon’s men could be their lack of final ball to fully cut open the Caley defence.

Deimantas Petravicius and Zak Rudden looked their usual lively selves up front. The latter burst past Carl Tremarco on the right before advancing to the by-line and crossing to the back post, but the ball just evaded everyone in a yellow jersey as Caley held on. Keillor-Dunn also advanced into a dangerous area on the edge of the box after a series of corners, but he couldn’t find Rudden with the through pass as Ridgers held. The goalkeeper had to look lively again just shy of the half hour mark as he punched clear a cross from Jordan Rudden after neat play down the right involving Paton and McShane.

Falkirk finished the half the stronger as Jordan McGhee zipped a freekick to the back post that was inches away from Davis Keillor Dunn, before Ian McShane drilled a low strike wide of the target from 20 yards.

The Bairns had the first chance of the second half as a neat move saw the ball played into Keillor-Dunn who took a touch before firing an effort towards goal that was blocked by Coll Donaldson and sent for a corner. Aaron Doran went close for Caley just before the hour as he controlled a long diagonal ball over the top, before firing a powerful half volley towards the target that was well saved by Burgoyne. From the resulting corner Donaldson nodded just wide of goal as Falkirk turned the ball round to concede another set piece.

The closing 15 minutes were very lively in particular. Both managers made changes to win the game with the likes of Aaron Jarvis, Ross MacLean, Nathan Austin and Tom Walsh introduced.

Falkirk went on the attache down the right with a low ball flashed across goal, before Caley broke forward themselves with Jordan McGhee and Ciaran McKenna thwarting two strikes from Aaron Doran on the line.

Caley continued to press Falkirk, but it was the Bairns who had a huge chance to secure all three points. Ian McShane’s corner was hooked back into the mixer by William Edjenguele, the ball dropped to Shayne Lavery who just couldn’t quite get enough power or direction on his effort as he poked into the arms of Ridgers.

In the end, a point apiece had to be settled for and all focus for Falkirk now turns to Tuesday’s trip to Dumfries to take on Queen of the South.