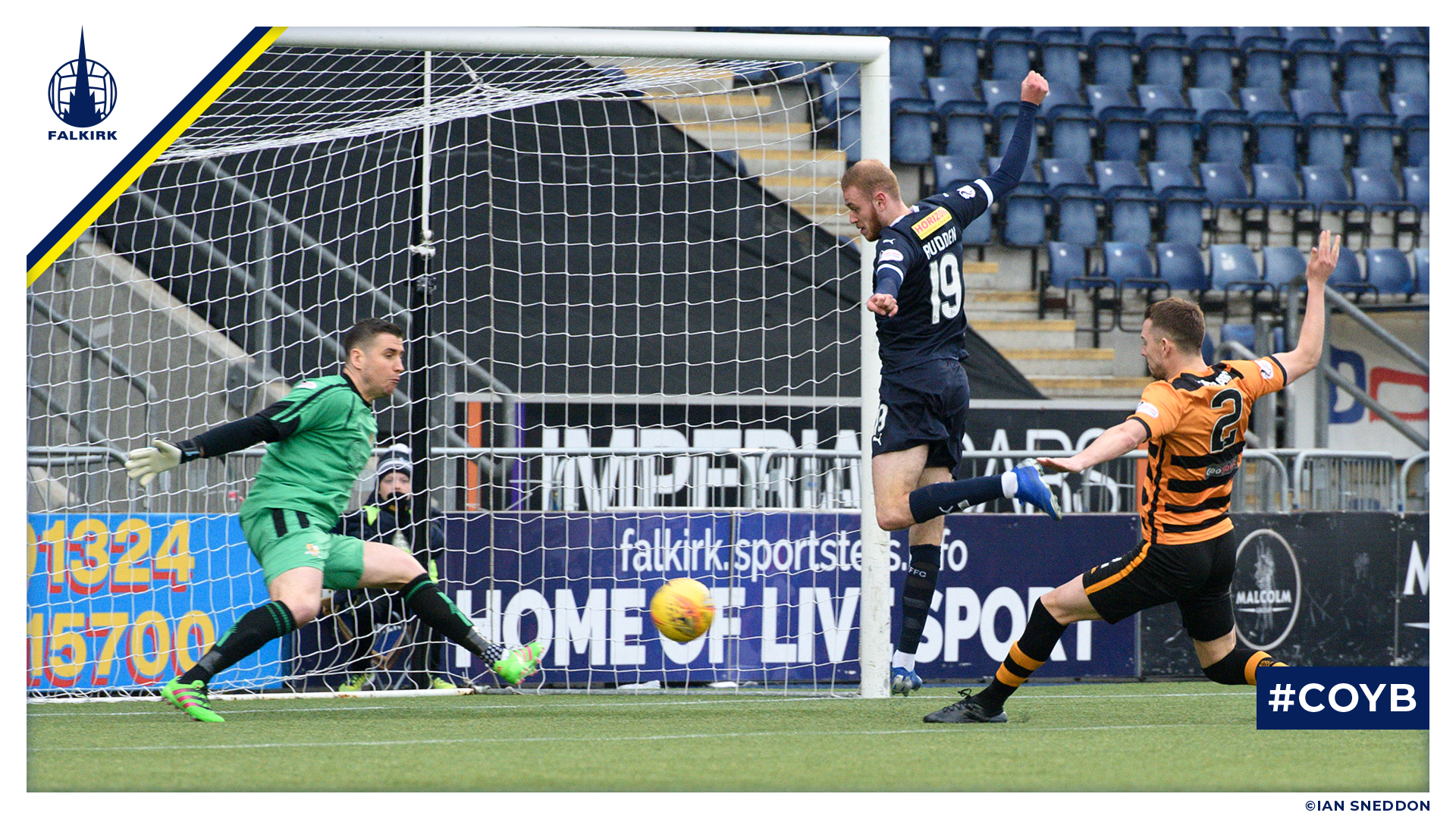 The Bairns were hit by a late sucker punch from Jordan Kirkpatrick as Alloa Athletic ran out 2-1 winners at The Falkirk Stadium.

Jordan McGhee had an early chance for Ray McKinnon’s men as headed just over the bar with three minutes on the clock. Zak Rudden was next to go close as he forced a superb stop from Neil Parry to push a header destined for the bottom corner wide.

Deimantas Petravicius had a strike from distance that was held at the second attempt by Parry, before Alloa took the lead five minutes before half time.

Dario Zanatta found a yard of space in the box as he drilled a low strike into the back of the net with the Falkirk defence caught sleeping.

The Bairns made a terrific start to the second half and they pulled level within a minute. Deimantas Petravicius burst down the left and fired a low ball across goal for Zak Rudden to sweep home.

Falkirk continued to pressurize the Alloa defence with Rudden going close again as he fired a low effort that was saved by the legs of Parry. The goalkeeper was involved again just past the hour mark as he denied Petravicius with another impressive save.

With five minutes to play the ball dropped to substitute Aaron Jarvis from a corner, but he could only swipe at the ball as Alloa cleared. And Falkirk were hit with a devastating blow as Jordan Kirkpatrick got the better of the backline and fired home to give the Wasps the lead.

Parry again denied the Bairns in stoppage time as he flung himself in front of an Aaron Jarvis strike that looked destined for the net.

It was a heartbreaker for the Bairns who have it all to do in the final four matches of the season.