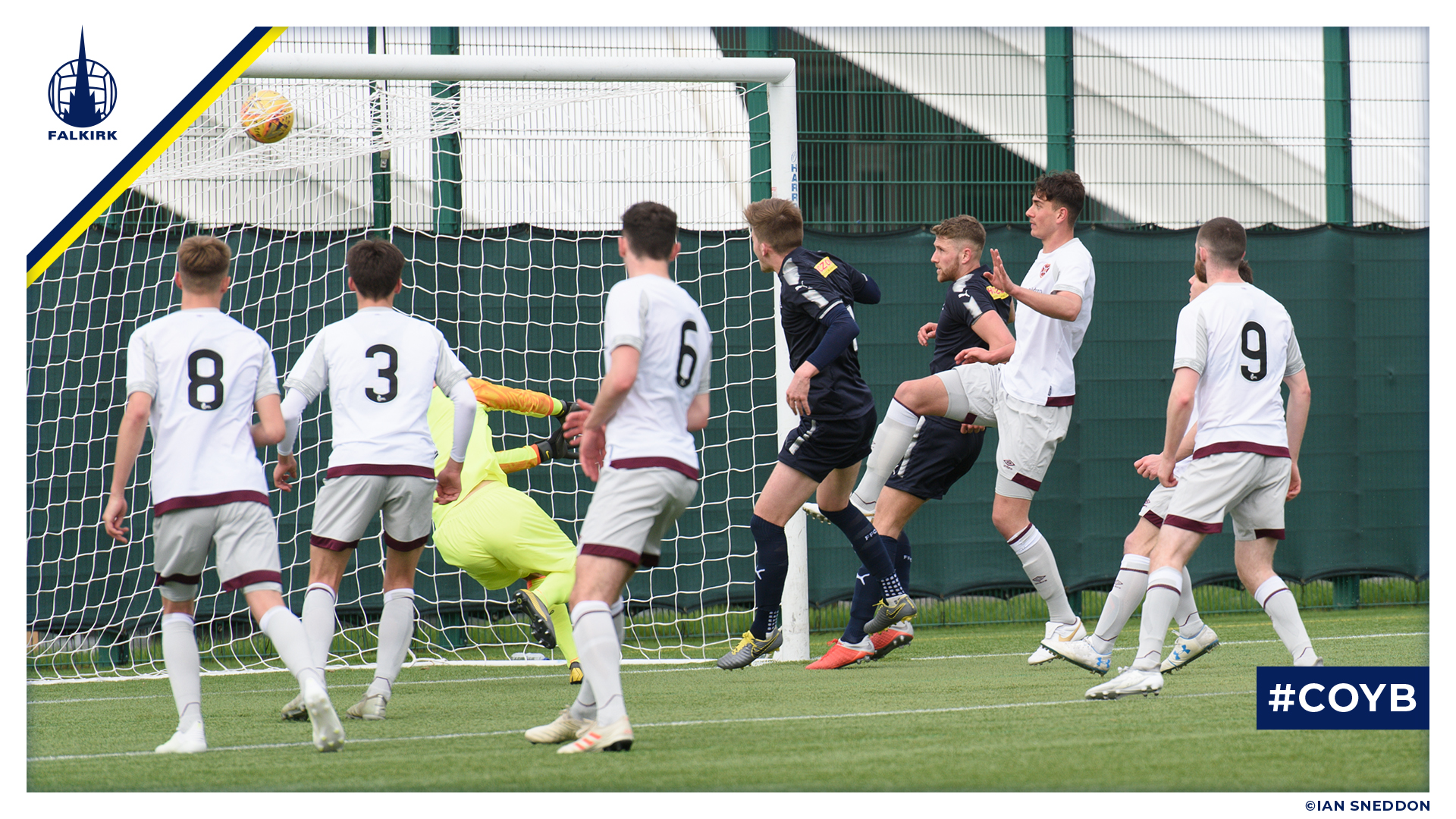 A superb second half showing from the Bairns secured a fine victory in the capital as Falkirk ran out 3-1 winners over Hearts at The Oriam.

Both sides had familiar faces in their starting line-ups with Falkirk including the likes of Kidd, Robson, Brough, Keillor-Dunn, MacLean & Lavery, whilst Hearts fielded a side including Andy Irving, Callumn Morrison, Ryan Edwards, Craig Wighton, Harry Cochrane and Aidan Keena.

The hosts made a blistering start to the match as they took the lead after just two minutes. The Jambos seized possession with Andy Irving driving forward and slipping the ball to Aidan Keena who slotted home.

The Bairns grew into the match and finished the half strongly as Davis Keillor Dunn went close with an effort that was blocked. Andy Kirk’s side would have went into the break further in front, but in truth it was Falkirk who had perhaps the better chances despite the Jambos dominating the possession stats.

A change of shape at the break saw Falkirk come out the traps at the start of the second half. The pace of Robson, MacLean and Keillor Dunn caused problems on the wing, while Shayne Lavery continued to look menacing up top. His strike partner, Kevin O’Hara had to come off through injury 15 minutes into the second half, but it failed to set back the Bairns who hit a leveler shortly after.

Ross MacLean delivered a corner to the front post where Shayne Lavery flicked on into the path of Scott Reekie who swept the ball high into the roof of the net from close range.

Falkirk continued to look particularly dangerous from set pieces and it was indeed a set piece that saw Graeme McArthur’s men surge into the lead. Lewis Kidd this time with the delivery and again Scott Reekie was on hand at the back post to force the ball home with 72 minutes on the clock.

The game was still very much in the balance at this stage, but in truth Falkirk had been near flawless since the restart.

A killer third was found on 78 minutes as Shayne Lavery raced on to a long ball over the top of the Hearts defence, before advancing into the box and coolly slotting past Kelby Mason in the Hearts goal.

The hosts tried to find the goal that could potentially mount a comeback in the final defence, but the Bairns held strong to see out a comfortable win. The only downside of the afternoon saw Tommy Robson limp off with an ankle injury on 90 minutes.

An impressive three points for Falkirk who move up to 5th in the 18 team SPFL Reserve League table.