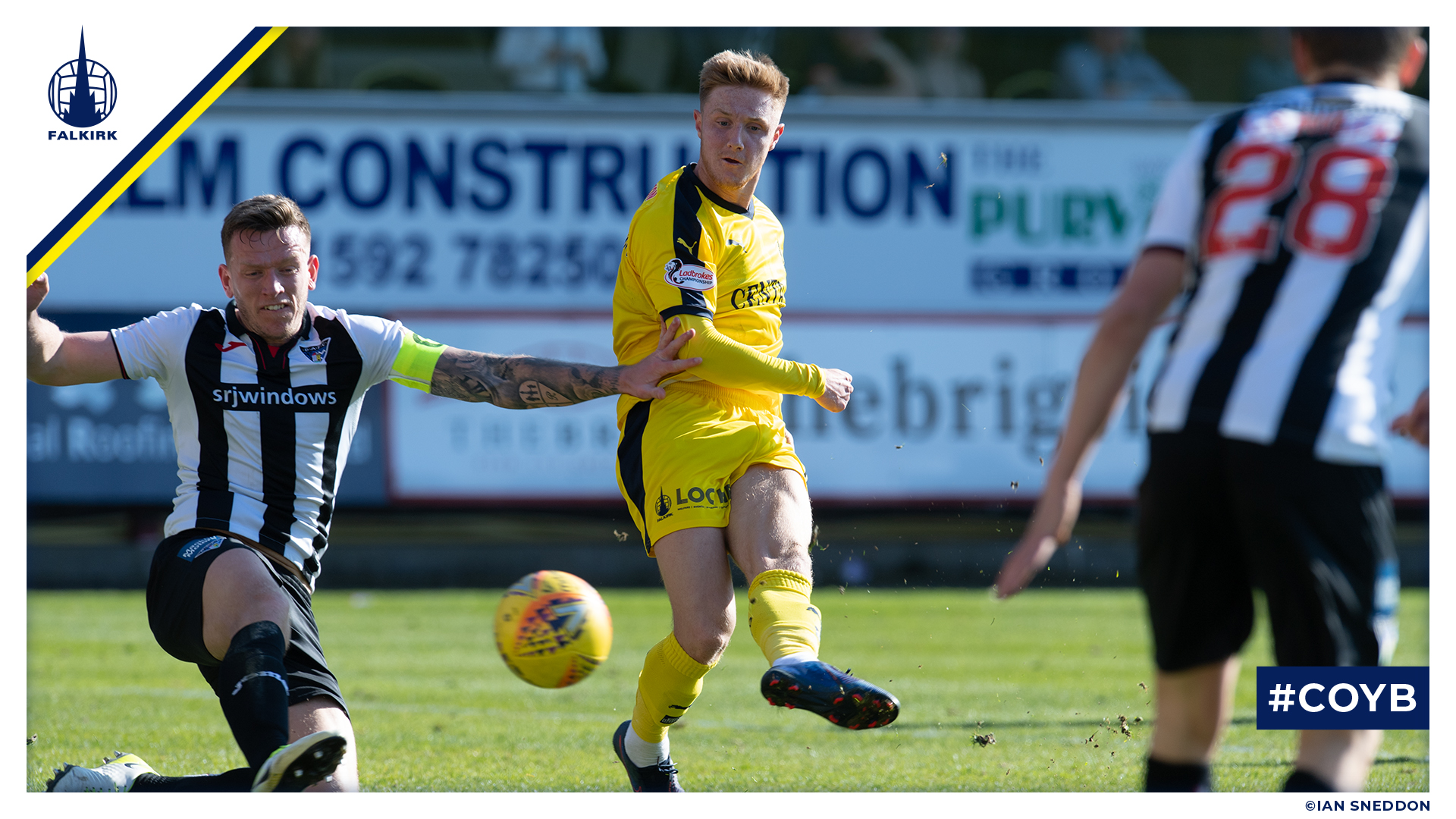 The Bairns sealed a huge derby day victory at East End Park with Davis Keillor-Dunn’s second half goal proving the difference between the sides.

Ray McKinnon made two changes to his starting XI as Mark Waddington and Ian McShane were replaced by Aaron Jarvis and Ross MacLean.

Zak Rudden had an early effort on goal as he hit a low drive on the turn just wide of the target. The Bairns continued to look dangerous up top with Jarvis and Rudden putting the hosts under pressure, before the ball eventually dropped to Paul Paton 20 yards from goal who volleyed over.

Abdul Osman was next to have a shot at goal as he drilled a low effort inches wide of the target from 20 yards.

Disaster struck for the Bairns on 17 minutes as Ciaran McKenna fouled Bruce Anderson in the box with referee, Willie Collum pointing to the spot. The on loan Aberdeen striker stepped up to fire an effort that was brilliantly saved by Harry Burgoyne low down to his left hand side.

Anderson again went close on 25 minutes as he hit an effort just wide of the target from James Craigen’s cross. The remainder of the first half was somewhat of a non-event as both sides struggled to create chances in a scrappy affair.

Falkirk started the second half quickly as Aaron Jarvis flicked a low header towards the bottom corner that was superbly saved by Ryan Scully. Jackson Longridge powered a terrific strike wide of the target on 55 minutes as the hosts replied.

Lee Ashcroft hit the post for the Pars on 65 minutes and they hit the bar just five minutes later as Falkirk had to weather a storm that seemed destined to result in a goal.

And it did indeed, but at the other end of the park as Falkirk surged into the lead. Zak Rudden flicked the ball into the path of Davis Keillor Dunn who took a touch before curling a strike into the corner. The goal sent the Falkirk fans behind the goal wild with both the players and fans knowing just how important a strike that could be come the end of the season.

Dunfermline pressed to find an equaliser in the closing stages and must have thought they’d secured it after an awkward cross into the danger area bounced off the shoulder of Ciaran McKenna and back off the post. Substitute, Myles Hippolyte got a second bite of the cherry, but he couldn’t connect properly as Falkirk eventually cleared their lines.

That was to be Dunfermline’s last chance of the game as Ray McKinnon’s men held out to secure a vital three points.