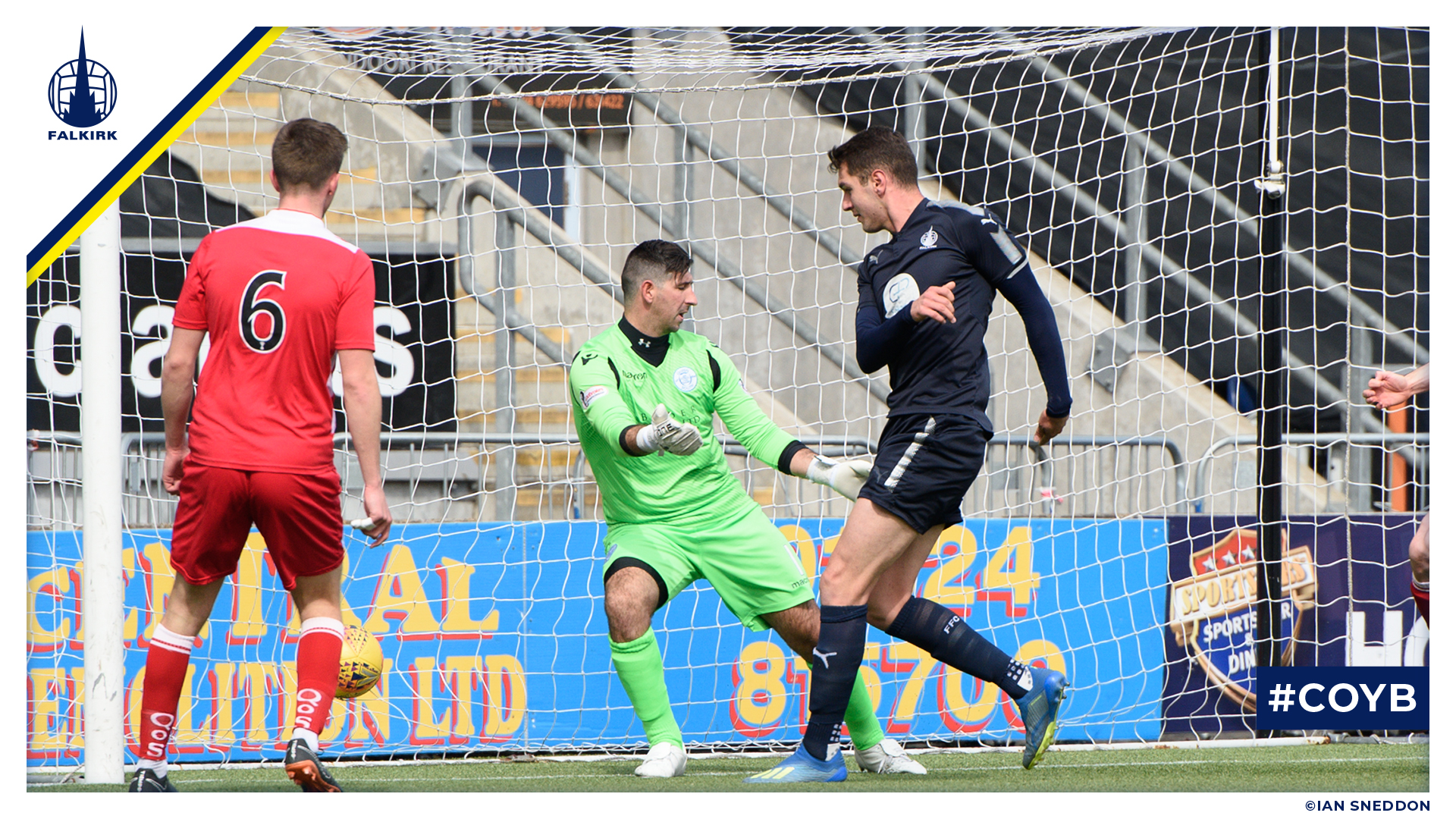 The Bairns continued on their impressive SPFL Reserve League run with a 3-0 victory over Queen of the South at The Falkirk Stadium.

Both sides fielded sides with first team experience, but it was Falkirk who controlled most of this one as they put in a professional performance to come out on top.

Graeme McArthur’s side had the lead on 23 minutes as Kevin O’Hara raced onto Patrick Brough’s long ball forward, before cutting back for Nikolay Todorov to slot home.

Shayne Lavery almost made it 2-0 just minutes later as Nikolay Todorov picked up on a loose pass at the back before feeding the ball wide to Lewis Kidd whose fizzing cross was turned towards the far corner by the Everton loanee. Alan Martin was at full stretch as he parried clear – an impressive stop and one that kept the Bairns at bay.

The second goal came on 36 minutes and what a fine strike it was. Mark Waddington picked the ball up 22 yards from goal and lashed home an effort into the bottom corner leaving Martin with no chance.

Queens did have an effort from distance themselves before the interval but Leo Fasan was equal to it as he did superbly well to tip over Connor Murray’s dipping drive.

Davis Keillor Dunn was introduced into the action at half time for Nikolay Todorov and he secured Falkirk’s third goal five minutes from time. Shayne Lavery was instrumental in the build up as he brought the ball down on his chest, before advancing forward with a series of ‘keepy-ups’ that Queens could do little to stop. The Northern Irishman then clipped the ball into the path of the on loan Ross County man who expertly placed the ball past Alan Martin to round off the scoring.

A comprehensive victory for the Bairns.