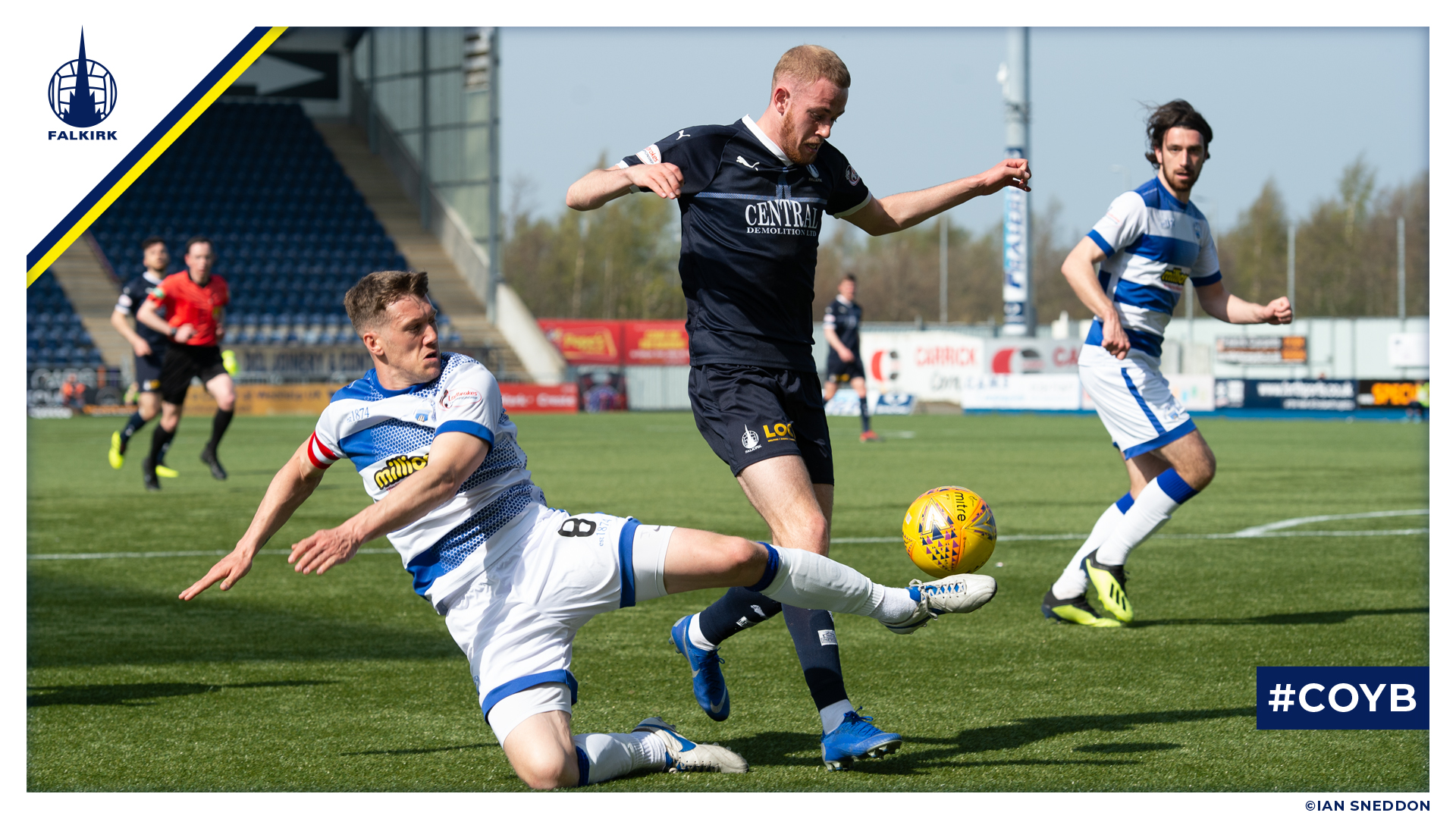 It was an end to end first half, with chances falling to both teams. Reece Lyon fired wide from inside the box for the visitor’s best chance after 12 minutes. Falkirk produced opportunities as well, with Buchanan clearing off the line as well as a handball appeal after Zak Rudden believed he handled it while putting the ball out for the corner.

Morton took the lead early in the second half. Telfer drove into the box, before his cutback was deflected into the path of Kiltie, who finished well past Burgoyne. This seemed to take the wind out of Ray McKinnon’s men and the visitors enjoyed a good period of play. They managed to capitalise on that as they got their second. Kiltie got on the end of a long ball, before squaring to Telfer who was left with the easy job of slotting it home.

As the game drew to a close Falkirk got close to scoring a number of times, with Robby McCrorie pulling out spectacular saves to deny Zak Rudden and Aaron Jarvis, but it wasn’t to be and The Bairns slump to the foot of the Scottish Championship table.